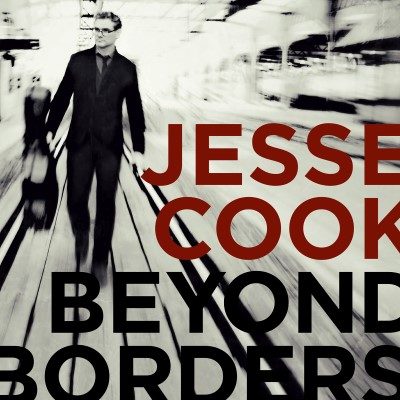 Jesse Cook is a singer/songwriter from Toronto, Ontario. He has been nominated for eleven Juno awards for his music and has won one Juno Award. He creates his albums with the inspiration he gets from everyday life experiences. For his newest album, the inspiration was the different music styles and sounds from all over the world with some of Jesse’s own music style mixed in. The new album Beyond Borders consists of twelve full-length tracks.

The song that first caught my attention was “Beyond Borders.” It’s the first song on the album and is an incredible song to listen to. “Beyond Borders” is a song that gets you hooked and wanting more right from the start. I fully enjoyed this song and kept replaying it to catch pieces of the song that I missed in previous listens. The other song that captured my interest was “Double Dutch”, which is the sixth song on the album.  Jesse is a very talented artist and this song definitely showcases his talent to the listener. It is catchy and has many different instruments that all come together to create an incredible song. Beyond Borders showcases Jesse Cook’s love and dedication to his music and everything he creates. The album was honestly one of my favorites. I liked that it didn’t need lyrics to get me hooked, it’s all just instrumental and that is the main reason why I really enjoyed it.

Overall, the album is really well put together. If you are looking for something new to listen to, Jesse is definitely that artist I would highly recommend.