The 2017 CCMA Awards Show shook SaskTel Centre on Sunday, September 10, 2017, with most of the greatest names in Canadian country music turning up to celebrate the songs, albums, and artists that fired up the country music scene this year.

We decided to highlight some special moments in the Media Room from the night and are thrilled to be able to share them with you. Get an up close look at what happened behind the scenes. Presenters and performers came backstage to chat, relax and have their pictures taken – just for fun!

Tebey was a presenter with Eric Paslay for CCMA Single of the Year and he looked so handsome in his beautifully custom-tailored navy paisley jacket. 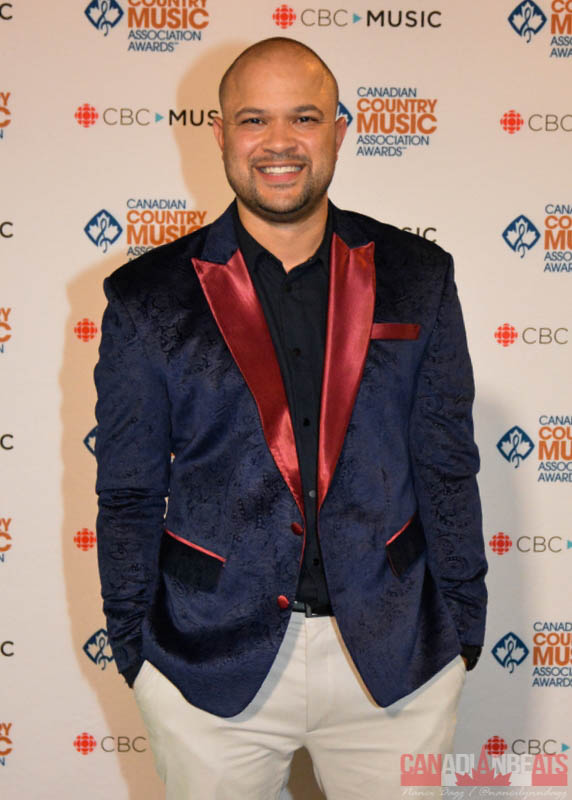 Aaron Pritchett has so much fun no matter where he is and if you look you will see he’s wearing his limited edition Canada 150 John Fluevog Brandenburg classic capped-toe brogue shoes that he searched for high and low. Pritchett, along with Piya Chattopadhyay presented the Female of the Year Award. 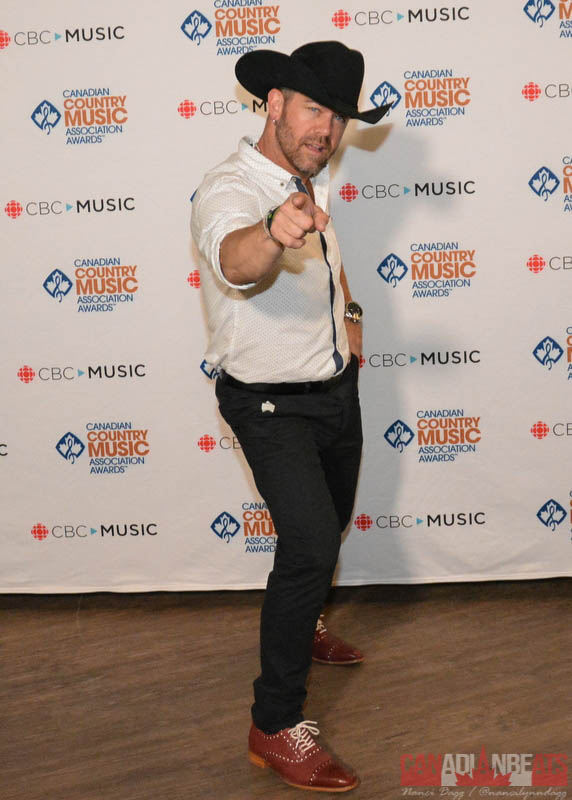 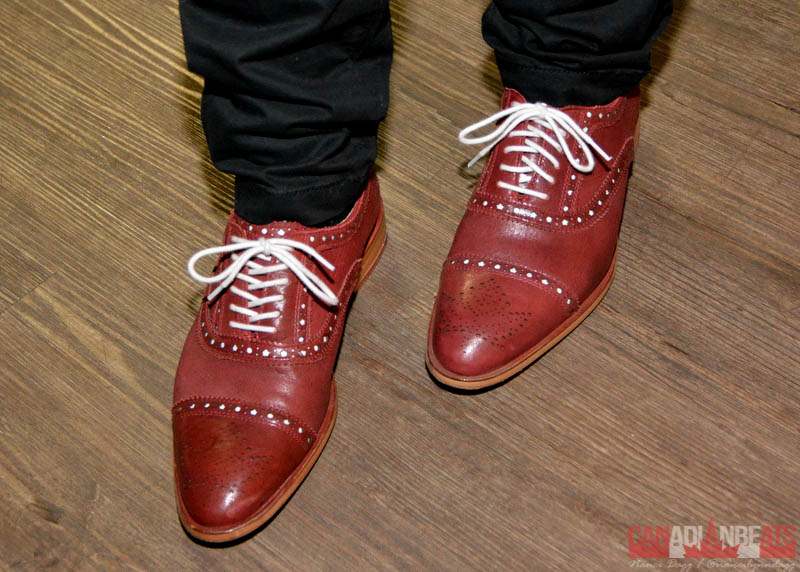 MacLean is wearing the black cowboy hat that was given to him by Brandt at Roger’s Hometown Hockey in Cochrane, Alberta in 2016. He’s also wearing an awesome brown velvet paisley jacket. Ron MacLean congratulated Paul Brandt on his induction into the CCMA Hall of Fame at the Gala Dinner and Awards on Saturday night. 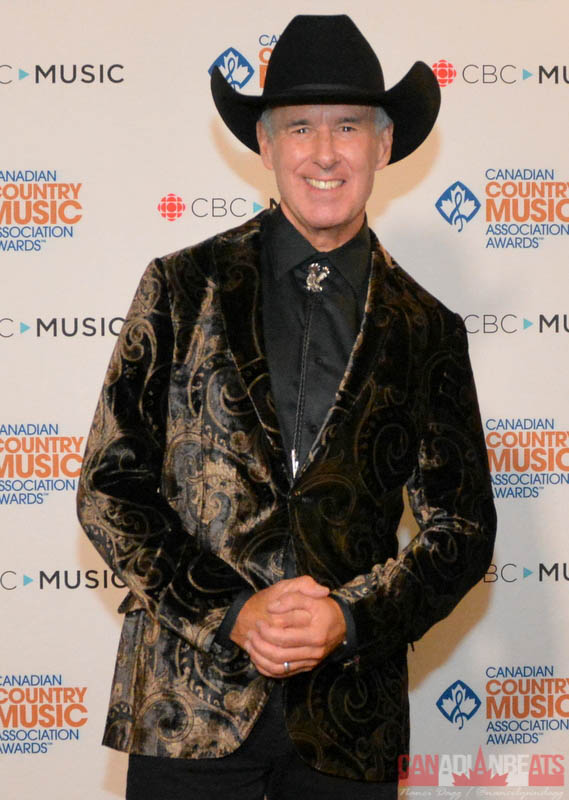 Aaron Pritchett and Ron MacLean together at the scrim was a must-have photo. 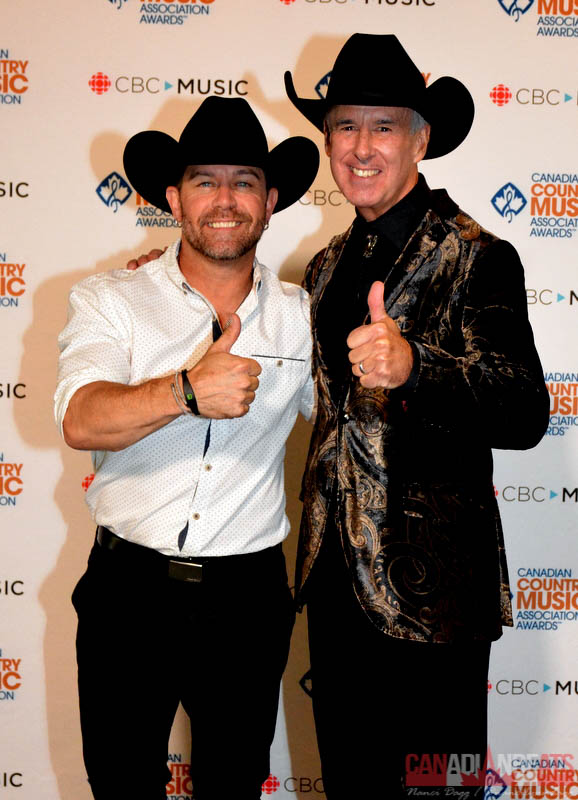 Superstar Brett Kissel was on Cloud 9 after winning the CCMA Video of the Year that was presented to him by Ron McLean. On a side note, “I Didn’t Fall in Love With Your Hair” raised $50,000.00 for the Canadian Cancer Society in its first month. 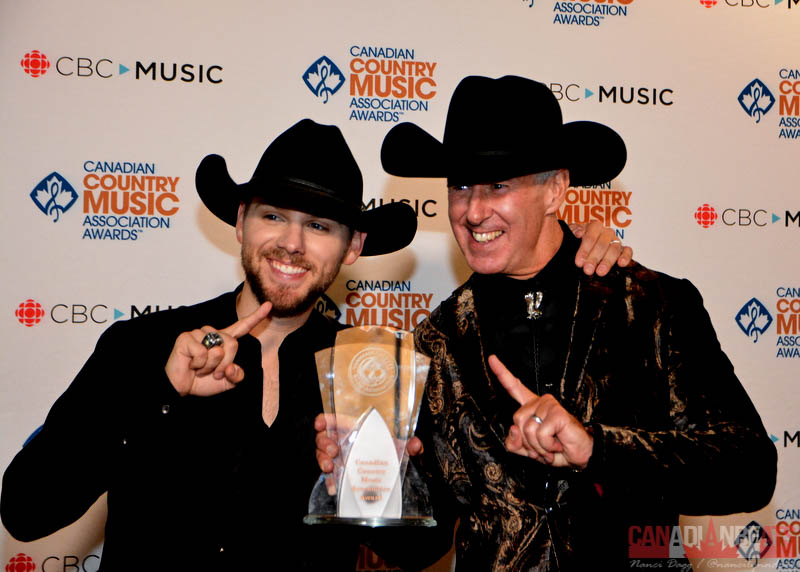 Brett Kissel and Paul Brandt as Canadian Beats Linda Heldman remarked, “We have the Canadian boy and Canadian man finally together.” 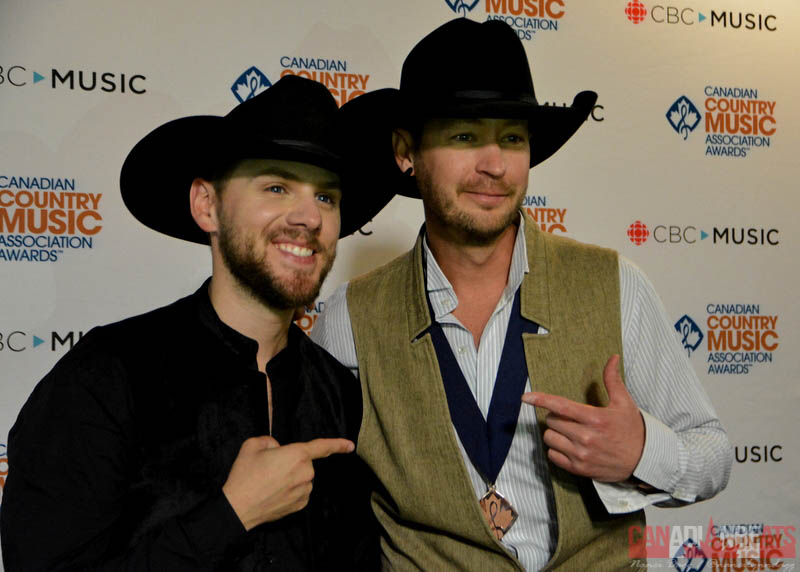 We have three Canadian icons in one photo – Brett Kissel, Ron MacLean, and Paul Brandt. 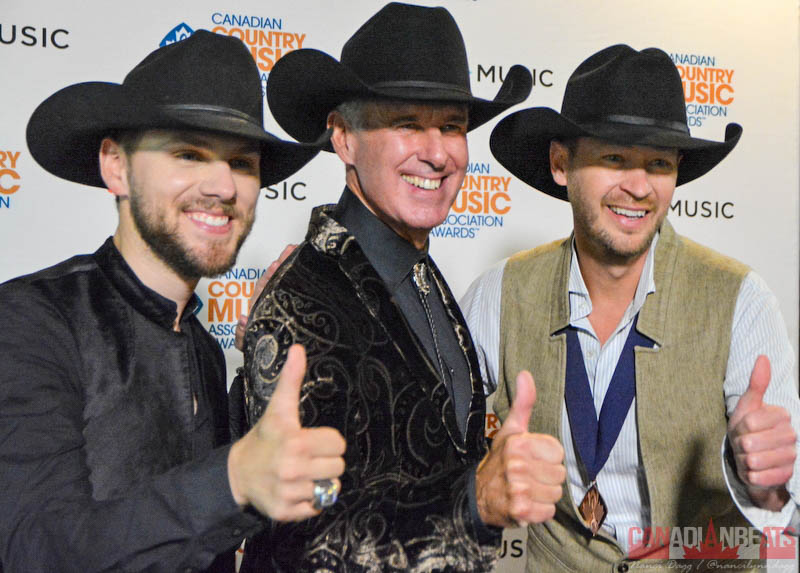 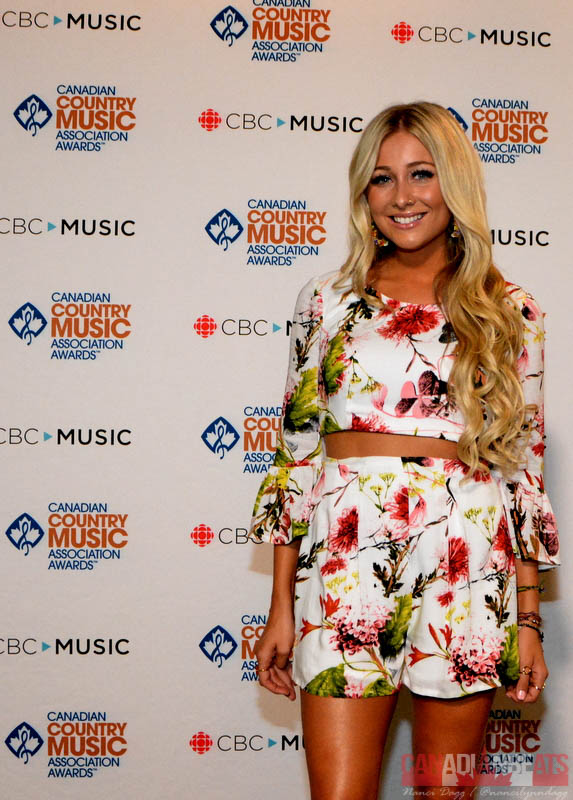 Gord Bamford and Jim Cuddy were performers. They debuted their single,”Ain’t It Grand.” 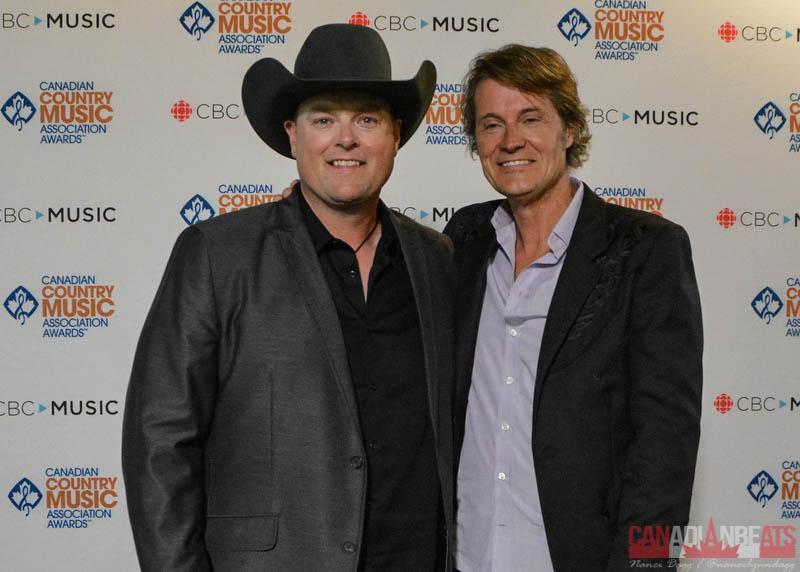 The Washboard Union’s Chris Duncombe, Aaron Grain and David Roberts looked super cool in their “whites.” Then again, they are always super cool. 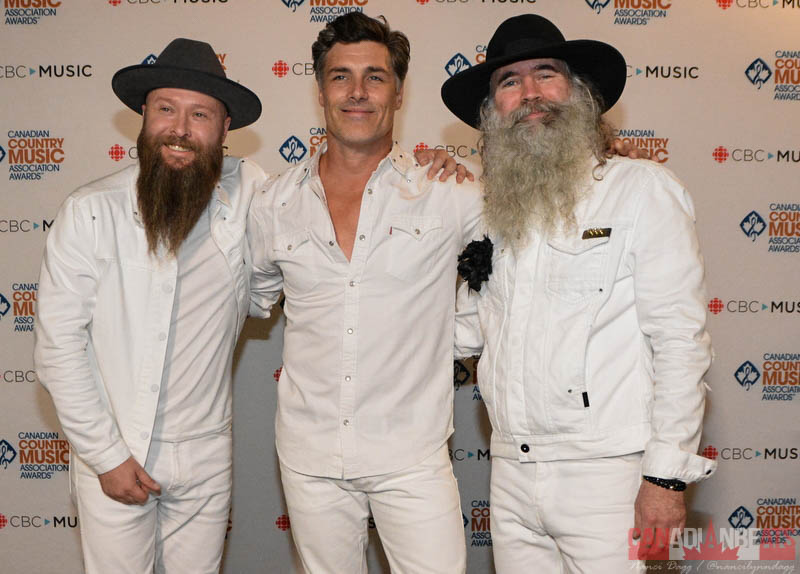 CCMA Ultimate Fan Scott Sykes had the experience of a lifetime at the Awards Show. He presented the Apple Music Fans’ Choice Award with country legend Blake Shelton. 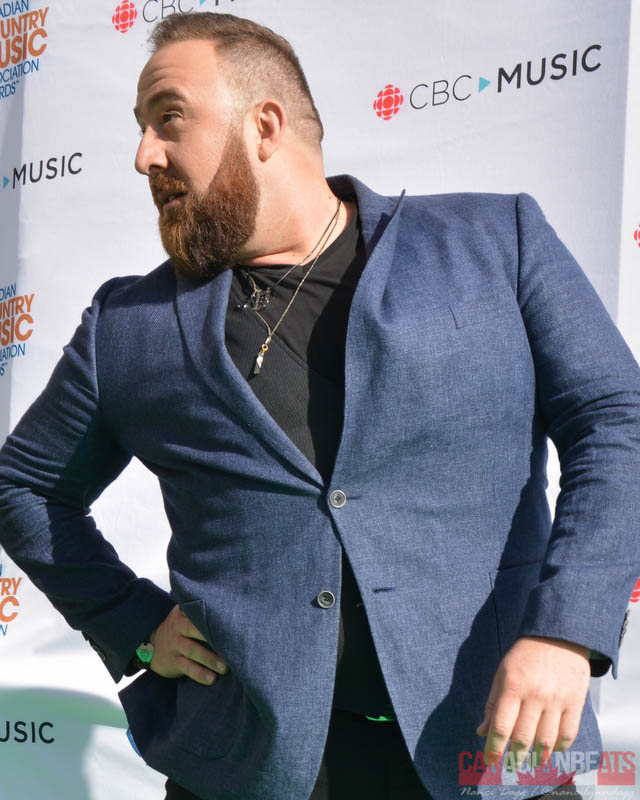 Shane Guse missed accepting his CCMA Fiddle Player of the Year award on Saturday, so we captured this five-time winner with the hardware backstage on Sunday. 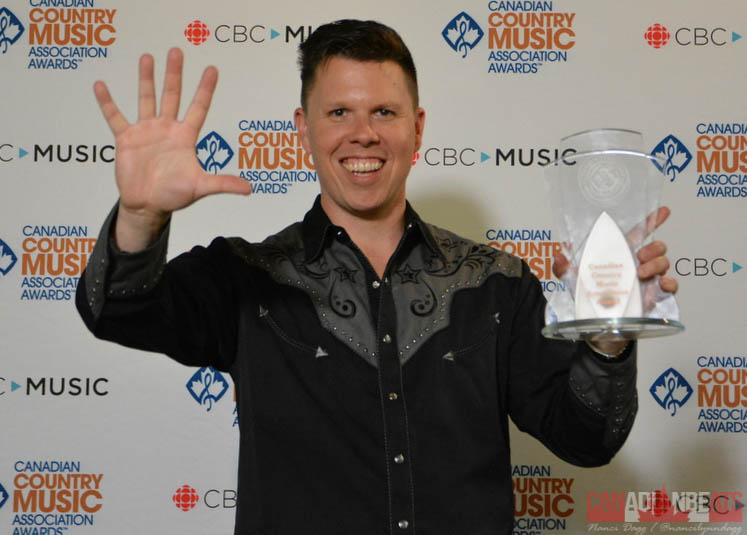 Want to see more? Have no fear; photos from the CCMA festivities that we caught can be found on our Facebook page!