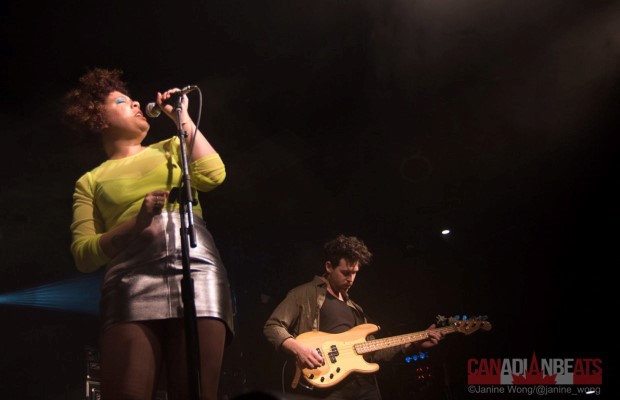 Combining high-octane guitar riffs with a sense of play, the quirky, wild and sweet Weaves borders on a full on a punk sound; without leaning into power-pop territory.  From the opening chords of “Tick” (which sounds like it could have found a good home on the soundtrack in a movie about video games), the listener knows they’re in for something completely different.  As a band, they are aggressive, but also tight; as singer Jasmyn Burke delivers unpredictable vocals are completely in sync and compliment the instrumentation provided by guitarist Morgan Waters, bassist Zach Bines, and drummer Spencer Cole.

After venturing to Austin, TX, shortly before the release of Weaves to bring their wild and over the top stage show to the SXSW crowd, the band walked away with the world’s music press impressed and in awe of what they witnessed.

Will the Polaris Music Prize jury feel the same as critics and award Weaves the 2017 prize?  Find out tonight, as the announcement is carried live TONIGHT on http://www.cbcmusic.ca/polarisprize!