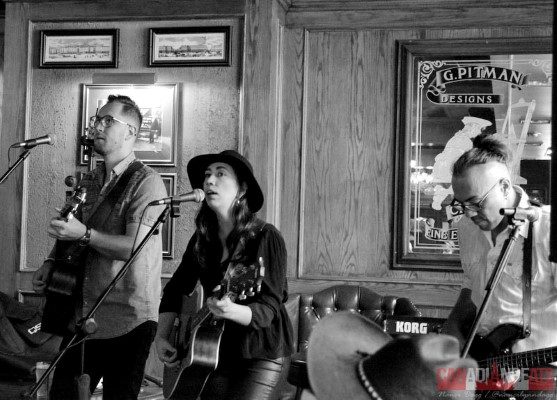 It was a very busy Saturday for me, but I had to take in some of my hometown province’s talent. There were ten singer-songwriters and I was able to be there for four of them. Winston’s Pub in Downtown Saskatoon is an old venue, very Victorian and a very beautiful spot to hold the MCMA Showcase. Each artist performed a 20-minute acoustic set. MCMA 2016 Male Artist of the Year and Fans’ Choice, Ryan Keown was the host. 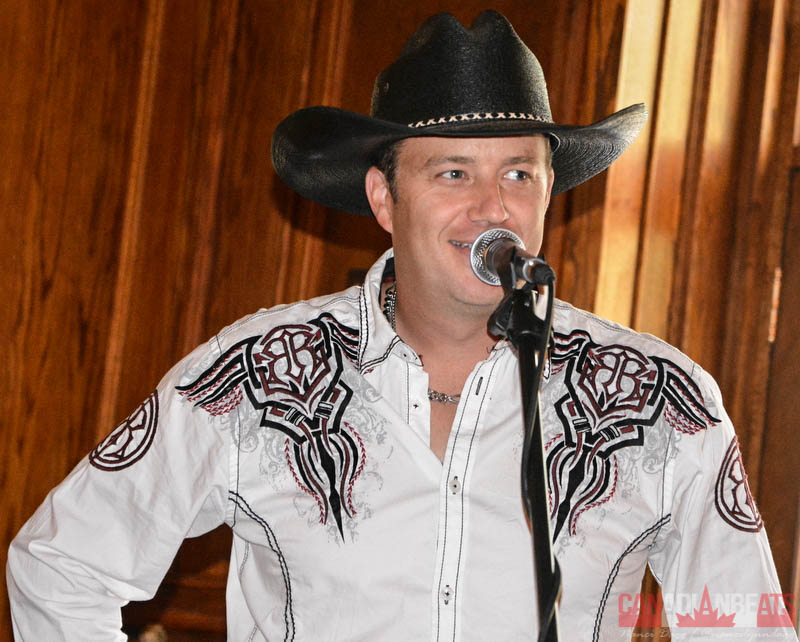 Chris Ising is the 2015 and 2016 MCMA Songwriter of the Year (and nominated in four categories at the 2017 MCMA Awards and three categories at the 2017 Josie Music Awards in Nashville). Ising injects the nitty-gritty of country and hard rock to produce a sound that is unique as well as recognizably his own. He performed “Like to Fish,” his hit single (a single that is also nominated for two 2017 MCMA awards and was four weeks at Number 1 for the Spectrum Top 20 on Spectrum Radio Petts Wood), “Got the Girl” and “Gonna Be a Star.” So thrilled to have caught this artist. 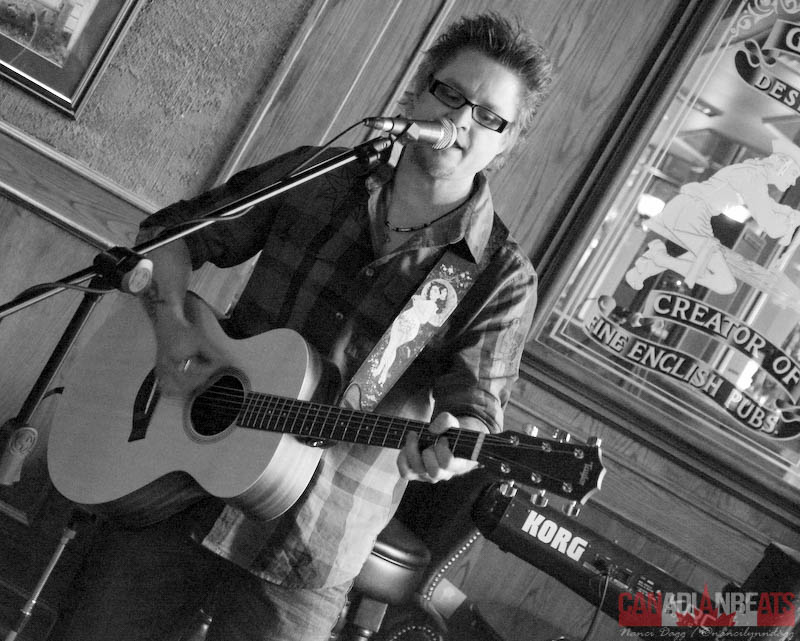 Rhianna Rae Saj is a nominee in the 2017 MCMA Emerging Artist category. The covers she performed – Fleetwood Mac’s “Don’t Stop” and James Barker Band’s “Chills” did bring chills down my spine. This singer-songwriter’s voice is powerful and refined. There is magic to Saj. She ended her set with an original, titled “Monster.” It’s a song about being in love with a monster; a song inspired by putting Saj in the shoes of someone that was in a very volatile relationship. When this person is all you know, it’s hard to leave it all behind. She debuted this song at the ole On the Spot Showcase during PotashCorp Country Music Week in Saskatoon. Jordan Day and Mucha Bee were her guitarists. 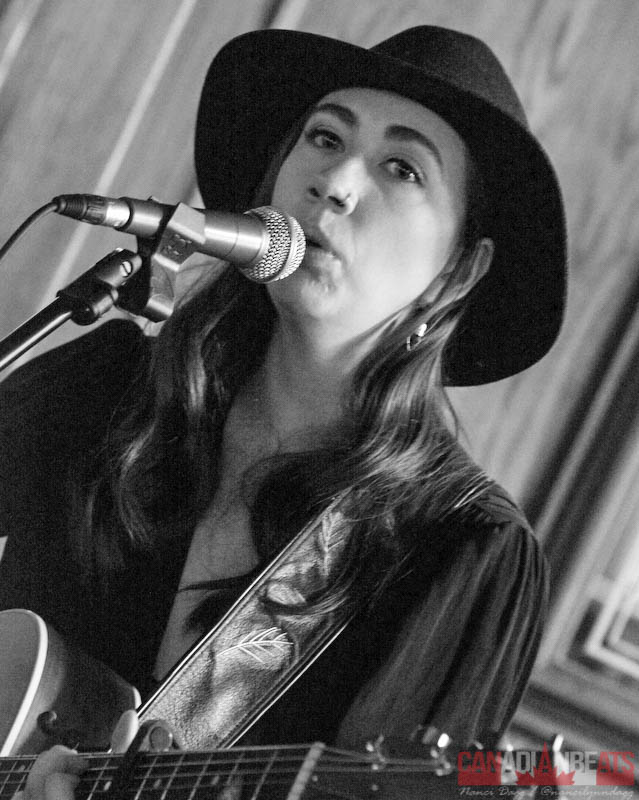 Nicole Rayy, although from Ontario, is our honourary Manitoban in light of the fact that she is here so often. Her songs come straight from her heart and there is such sweetness to her, with a wise soul, that it’s not hard for her to shine. Because she has distinctness to her voice and to the way she performs, she could be Canada’s next Shania Twain. Rayy performed “Dig” plus her current single “Fireproof” but also wowed the crowd by debuting two of her upcoming singles, “What You Get Boy” and “Bad Habit.” These brand new singles are simply amazing and showcase her powerhouse vocals. Brenton Thorvaldson was Rayy’s side kick. 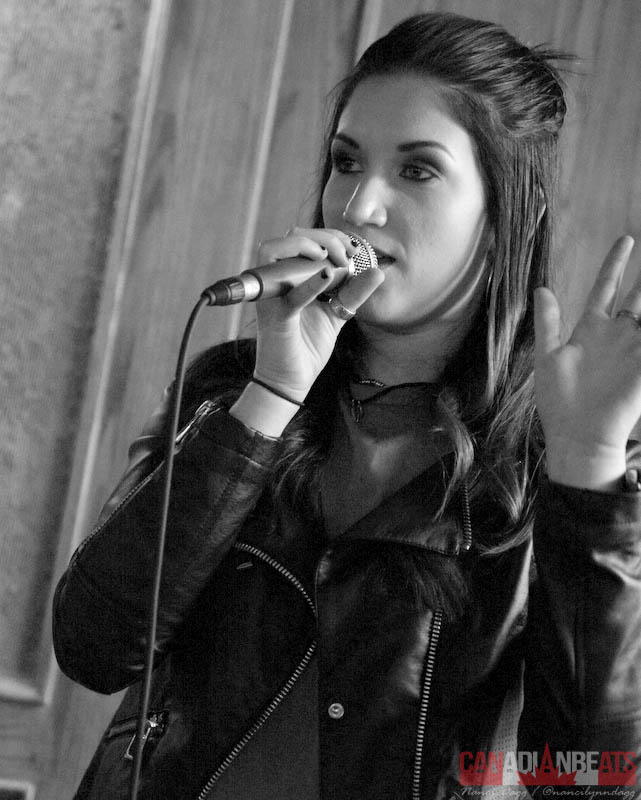 Past the Perimeter (Lachlan McLean, Derek Peters and Evan Taplin on stage) is a high-octane country rock band that has been performing together since 2008 and just released an album titled Lost With You. They have been nominated in four categories for the 2017 MCMA Awards. They showed their strong harmonies and amazing vocals when they sang their original, “She’s Gone,” a very upbeat song that Jason McCoy loved’ “Forever Tonight,” the single that is at Canadian country radio now and is fun to listen to,” The Jack and Diane Kinda Town” and a beautiful ballad that was written by Willie Mac and is the title track of their album,” Lost With You.” 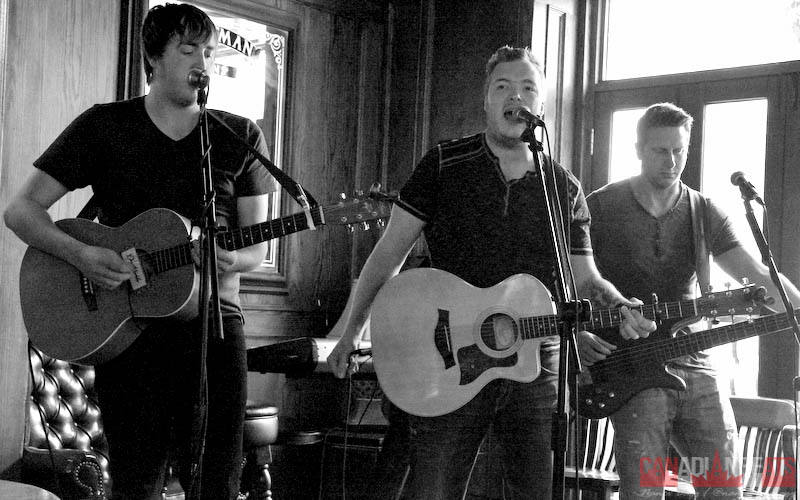 I was sad to miss the very talented David Pestrak, Emma Peterson, Kayla Luky, Don Amero, Kendra Kay and Ryan Keown show off what they got. All of these artists are also nominees for the 2017 MCMA Awards that will be held on November 10 in Winnipeg.

For more photos from our time at PotashCorp Country Music Week and CCMA Awards, check out our Facebook page!