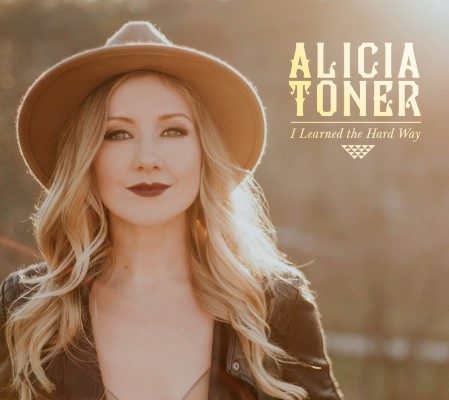 Award-winning New Brunswick-based theatre performer Alicia Toner is dazzling with her debut album, I Learned The Hard Way. While primarily a country album, Toner doesn’t shy away from drawing from pop and Americana influences, and the result is an emotive ten-track debut that will linger in the ears of listeners long after the last song has reached its end.

Opening track “Waves” is a lyric-and-vocal based showcase. While the song itself is openly maudlin, Toner’s perfect pitch and impressive vocal range—honed through years of theatrical performances—carries the track to its completion, her voice nightingale-sweet and undeniably compelling. A soft blend between toe-tapping and crooning, “Waves” is the perfect song to have been chosen to draw the curtain back on I Learned The Hard Way.

Late-album track “Throw Back” livens up the pace, Toner’s voice shedding its sentimentality like a second skin and instead choosing to don a coat of bite and pizzazz. Jazz-influenced, sassy, and alluringly captivating, “Throw Back” is easily both one of the most fun and one of the catchiest tracks on the album.

Varied, masterfully sung, and thoroughly genuine, I Learned The Hard Way isn’t an album to be missed.