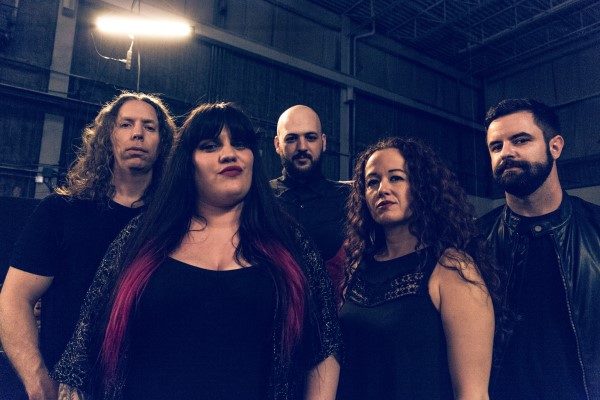 London ON’s own Hiroshima Hearts have asked us to premiere the brand new single, “Reach Out” and we couldn’t be happier to do so. The single will be released as a 7-inch vinyl on Saturday, September 16 at London’s Aeolian Hall at their big release show!

“Reach Out” was written by singer Jenn Marino and guitarist Tyler Turek. The first thing I noticed about the single is the fact that it starts slow and relatively quiet but builds quickly and becomes the strong, energetic rock track that we are used to from the band. If you are a fan of classic rock, this will be right up your alley, as it is very reminiscent of that style of music, and Jenn’s vocals suit it perfectly.

When we asked Jenn Marino about the track, she responded,

“The lyrics are about that feeling you get sometimes that you’re being watched or followed – the feeling that makes the hair stand up on the back of your neck. There’s kind of a sinister vibe in the verses that releases into a huge chorus. The song is really fun to play live. When the chorus comes in with those big harmonies it just feels incredible. We decided to release the single on vinyl because vinyl is just cool. We have collectors in the band and we really wanted our name and music on a vinyl record. Jeremy Bruneel did an amazing job on the cover art. We couldn’t be happier with the production and packaging. We’re stoked to release it at Aeolian Hall, which is one of London’s best and classiest venues!”