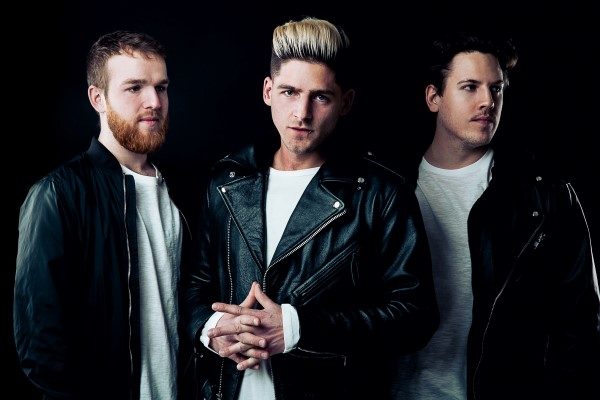 Toronto, ON based alt-pop band, Ivory Hours have been busy since the last time we spoke with them. They released a new album, Dreamworld back in June, and a video for their single “Shadow Kids” last month, and the fun isn’t over yet! I had the chance to chat with Luke Roes (Vocals/Guitar) about the album, single and more! Enjoy!

First off, congratulations on your new album, Dreamworld cracking the campus radio Top 50! How does that feel?

Thanks! It feels great. We’ve had some nice support in the past but that’s a good sign that it’s growing.

Care to tell us a bit about the making of Dreamworld?

We used a couple different studios and did some of the tracking at home, it was nice to have that freedom. We worked with Dan Brodbeck again, who’s an absolute whiz and a beauty to boot, so the whole process was fun as hell. I got to sit in on a number of mixing sessions which really allowed us to hone in on the aesthetic, taking the time to experiment with some different sounds. I had a lot more time to work on the songs this time and I think they benefitted a lot from that.

You recently released a new single, “Shadow Kids” along with a video, what was the highlight of creating the video?

The highlight was dousing the massive wood structure with a can of gasoline and watching it go up in flames. That did a lot for my pyromania. Overall I was thrilled with the dancers though, amazing to watch professionals at work.

You will be touring throughout September and October in support of Dreamworld with stops in Ontario, Manitoba, Saskatchewan, Alberta, and BC, for someone who has yet to see you perform live, what can be expected from an Ivory Hours show?

The new tunes are pretty loud & exciting. You can expect four sweaty, van-weary dudes giving it their all on stage.

When can fans in the rest of Canada expect to be able to catch one of your shows?

Nothing set yet for out East but soon I hope!

2017 has been pretty great for you and it just keeps getting better, you were recently named one of the Top 10 for the JUNO Master Class, what was your reaction when you found out?

I was pretty dang excited, we’ll see what happens with the finalists but it could be a great opportunity.

For those who are not aware of what JUNO Master Class is, care to tell us about it?

It’s a chance to receive some mentorship from some pretty amazing members of the Canadian music industry. Not often you get to chat at length with people like that and I think they’d have a great perspective to lend.

What’s up next for Ivory Hours?

More touring, more writing! Still gunning for the opportunity to tour internationally, hoping we can get that rolling shortly. We just launched a beer collab with a brewery from London as well, I’m really excited to see how far we can take that.