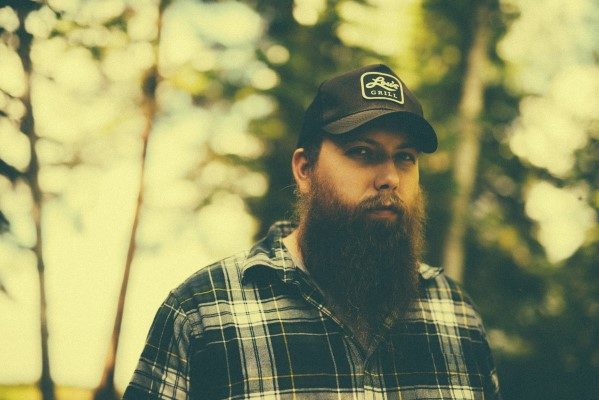 A melting pot of folk, rock, and post-Bowie blues, Saskatoon-based sensation Gunner & Smith are building the hype for their upcoming album, Byzantium. Produced by Andrija Tokic, the man behind the Grammy-winning band Alabama Shakes, Byzantium promises to be another notch in the band’s growing musical resume. We at Canadian Beats chatted with Gunner & Smith about.

First of all, thank you for your time and congratulations on the completion of Byzantium. How do you feel now that it’s done?

It’s exciting. It’s been in the works for a long time. The last few months before a release kind of feel like the end of a long journey, but in reality it’s starting up something new. Mostly I’m excited to finally get the album out so people can hear it!

How would you say the recording process differed from He Was A Good Man, your last album, if at all?

Recording our last album really helped by setting the direction for how we recorded this one. With the last record we realized that we love recording most of the core instruments at once; drums, bass, rhythm guitar, lead guitar, and keys. We don’t use click tracks either. That approach was definitely the same this time, but also we were recording to tape which is a much different experience. I found recording on tape to be a little freeing. There is no screen to watch and you can’t fix some of the tiny things so you have to really ask yourself “does this sound good” and if it does you just move on.

Also working with a producer always sets the tone for an album and working with Andrija was great. He was positive and always joking or getting the band excited with an interesting guitar tone. That really helped keep the whole thing moving and everyone excited about the record.

And were there any funny or memorable moments behind the scenes that you can share with fans?

Well, our producer was from Nashville and had never been to Saskatchewan before. We took him to a studio out in the middle of nowhere Saskatchewan and it was a lot of fun watching him freak out when we drove past farm machinery. Also, our bass player had chickens in his backyard and the city was demanding he got rid of them. So a lot o our brain power was put into figuring out how he could get away with hiding them from animal control somehow or whether he should run for mayor in the upcoming election only on the platform of legalizing back yard chickens.

Now, Byzantium is being hailed as an album that will “seethe with a newfound brooding energy that looks at the darker sides of love, loss, and humanity”. What was the inspiration for that change in musical tone?

I think with the last record we figured out while in the studio the direction we wanted to be going. So going into recording Byzantium we knew what we wanted it to be. There was a lot less finding our way and a lot more intentionality behind what we were doing. Also, our guitar player Graham Tilsley wasn’t with us for the last record and we feel he was really able to bring something special musically to this album that we were very excited about. I think thematically the album has a brooding darker tone and that everyone involved just really embraced it right of the start.

Out of all the tracks on the album, what was the most difficult to write and why?

I don’t think any were particularly difficult to write. My writing style is not an extremely cognitive process. Songs just happen or they don’t. Some of the ones that do happen aren’t good enough, but the ones that I like I take and refine until they are at a place I’m happy with. Byzantium was definitely the hardest track to record. Just finding the right pacing was tough and keeping it from getting sloppy was really difficult.

What track ended up changing the most from its conception to the finished product, and why do you think that is?

Probably Fever. I was actually hired at one point to write music for a play by a local playwright Lauren Holfeuer, who actually laid down the original idea for the song. The play was supposed to be 2 women performing songs to an audience as if it was a concert.  Fever was originally written with that dynamic in mind to fit the play. Later I remember working on it with our bass player Nick and he played a bass line that started taking the song a very different direction. Once we started down that road it quickly changed into something much different, but much more fitting for the album and became one of my favorites to play.

Musically I just wanted this album to be a collection of things I like and something that was true to what the band and I felt we wanted. I love things like Pink Floyd, Neil Young, and Townes Van Zandt. I’d say all those influences plus a whole bunch of others went into shaping the sound. Personally, I think there are elements of unease and foreboding throughout the album. I guess what I want people to feel when they listen to the record is that they are caught up in a shifting world that is terrible and wonderful at the same time. That fear accompanies hope and pain accompanies change. That you don’t really get one without the other.

Excitingly, you have a 20+ show Canadian tour lined up for September. How hyped are you, and what can you tell fans to expect from your live performances?

Very excited! I haven’t been on the road much in the last year and am anxious to get back out there to start playing. This tour is extra exciting because I’m playing shows with so many friends I’ve made touring Canada over the past few years in a lot of venues I really enjoy playing in. The Western Canadian dates are going to be with a full band so you can expect a lot more energy with big builds and instrumentals. Out in Ontario and Quebec, I’ll be playing solo for some more intimate shows.

Can you name a handful of venues that you’re most looking forward to?

There are a bunch on this tour! Some of them I’ve played before like the Palomino in Calgary, The Root in Lloydminster, and the Cornerstone out in Guelph. Grumpy’s in Montreal is always a really fun time! There are also some rooms I’ve never played before that I’m excited to stop into for the first time like the Needle in Edmonton, Sawdust City Brewery in Gravenhurst, and the Blacksheep Inn in Wakefield. Also, we are going to South Korea to play a festival in Seoul called Zandari Festa, which is obviously very exciting! I love Korean food and can’t wait to eat way too much of it!

Finally, congratulations again for the completion of Byzantium—any parting words for your audience?

We are just excited to finally get the album out! It’s been in the works for a long time and we can’t wait to finally get it out there so people can hear it.