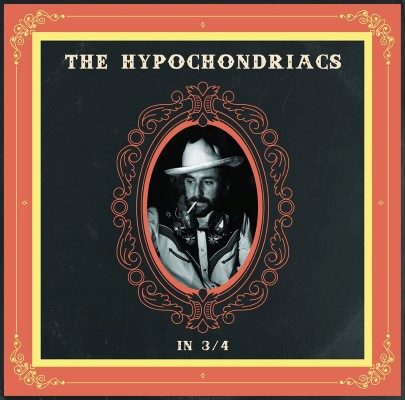 The Hypochondriacs press release hits the nail on the head, “Like Frankenstein’s monster drunk on whiskey sours, the Hypochondriacs resurrect classic country vibes with a strange and captivating modern twist’, that’s the Fredericton band in a nutshell. The band is made up of brothers Josh Bravener, Aaron Bravener with Justine Koroscil, Kelly Waterhouse, and Jamie Guitar, and they’ve been together in a variety of guises for 5 years. The band’s debut album IN 3/4 is about to be released and follows a pretty impressive touring schedule over the last few years. Recent single ‘In The Mountains’ is the perfect introduction to the band and its accompanying video will give you a feel for their raucous live shows.

Lead singer, Josh started his touring life starting at the tender age of six, accompanying his father out on the road. Along with his brother Aaron, they formed the Hypochondriacs in 2012 and have been relentlessly hitting every stage with their high-energy gigs ever since.

Canadian Beats asked Josh what listeners can expect from the album. “Expect a very diverse, exciting album that really represents the sound of The Hypochondriacs. The album ranges from traditional Country Music to 1950’s Doo Wop, and we worked really hard trying to embody the energy of our live performance and Chris MacLean at All In The Mind Studio did an amazing job capturing that. Each track is unique and it’s hard to pick a favourite, but ‘The Meeting Place’ stands out to me. It veers off from the super twangy heartbreak numbers and tells a story of my Father that is very personal. The song builds in such a powerful way that none of us were expecting when we went into the studio. We had a good idea how most of the tracks would play out but The Meeting Place took us all by surprise.”

‘The Meeting Place’ certainly shows a depth and maturity in the bands writing evolution that will no doubt be a springboard for album #2. As this track developed in the studio, Canadian Beats posed the question about the band’s experiences. “Playing in the studio and live are two very different experiences with their own benefits. I really like the immediate gratification the crowd gives you live, but being able to have more control over the manipulation of sounds in a studio is very exciting as well.” The Meeting Place is certainly a testament to this. “Nothing beats the high of a live performance though; I think the joy music brings people and being able to see that in real time trumps anything!”

The album gets a special launch party at The Capital in Fredericton on September 9th and knowing the live reputation the band has been building, should be an event not-to-be-missed. They then follow up with a couple of hand-picked East Coast shows later in the month.

Taster Track – ‘In The Mountains’