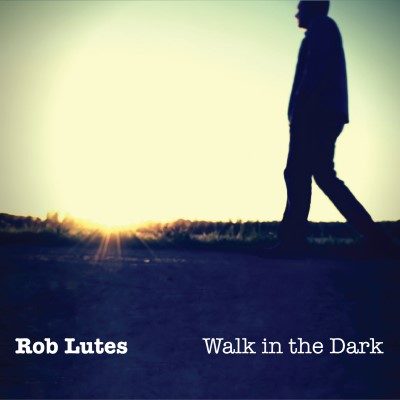 Montreal-based Rob Lutes is wowing with his upcoming seventh album, Walk in the Dark. Sitting at the intersection of blues, folk, and Americana, Walk in the Dark is a thirteen-track collection of both literary and musical craftsmanship.

Opening track “A Little Room” draws the curtain back on Lutes’ slow cadences and husky vocals, the song lulling in its steady rhythm and lyric-driven nature. Lutes is confident musically, and it shows—each note is purposeful, the song’s climb to its climax steady and carefully paced. Geared towards the folk-loving, sentimental music-goer, “A Little Room” is a well-crafted crooner that avoids being syrupy.

However, that doesn’t mean all of Walk in the Dark’s songs are slow-going: late-track “Believe in Something” is a toe-tapping, wholesomely catchy song that is as good-natured as it is memorable, its southern feel saturating both the instrumentals and the lyrics. A track perfect for both rainy afternoons and lazy summer nights, “Believe in Something” is a feel-good romp that stands out among the many other tracks on the album.

Varied, expertly composed, and atmospheric, Rob Lutes’ Walk in the Dark is an album that shouldn’t be missed this September.