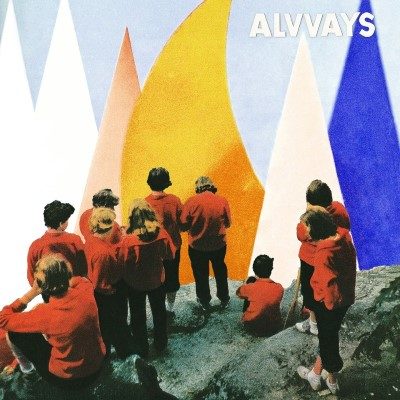 The German language, as is often the case, manages to capture in one word, sehnsucht, all of the deep, almost mystical yearning encapsulated in the Molly Rankin lead Alvvays’s sophomore release Antisocialites, which English seems incapable of.  Saccharine twee synth lines which exude a wistful longing for a time never experienced are somehow seamlessly transposed over lyrics filled with the haunting darkness of the being lost and isolated in a world you’re not quite sure is worth it in the end. The sonic dissonance created by this stark contrast creates a lush, vibrant soundscape that leaves the listener feeling nostalgic but not melancholic, longing but not aching, resolved without being bitter, in a word… sensucht.

Opening with the radio friendly break up track “In Undertow”, a song which is destined to become an anthem for many an independent millennial who refuses to waste time on what’s not working, and closing with the burner of a torch song “Forget About Life” the record clocks in at a brief 33 minutes. The 10 tracks, however, put Rankin’s talent for writing succinct pop songs that pack a lyrical punch on full display. Fans hoping for a continuation of 2014’s self-titled debut will not be disappointed as the jangly guitars and sparkling with the band is known for are offered up in abundance. They avoid the sophomore curse however by building on what worked with small though essential embellishments – more pronounced synth lines to smooth out the already luxurious guitars, subtle key changes that add just a touch of tension, edgier lyrics – for an all-round fuller and more evolved sound.

Listening to “Your Type” the lines of the chorus “I die on the inside every time/You will never be alright/I will never be your type” ringing out in Rankin’s clear, syrupy voice are almost enough to make you forget that she’s singing about running through the streets of Paris with vomit on her feet. Moments like this are not infrequent throughout the album, for example, one might be forgiven for missing the fact that “Lollipop (Ode to Jim)”, for all its upbeat catchiness, is about doing LSD with Jesus and Mary Chain’s Jim Reid. Yet we do get moments of whimsy thrown in as well with “Plimsoll Punks” and the previously mentioned “Lollipop”.

One might be forgiven for feeling like they’ve been thrown back to the 80s the moment they queue Antisocialites up but then again Alvvays have captured perfectly the C86 era so maybe that forgiveness is wasted.