Home / Promos / Barenaked Ladies are doing everything in twos in 2017

Barenaked Ladies are doing everything in twos in 2017 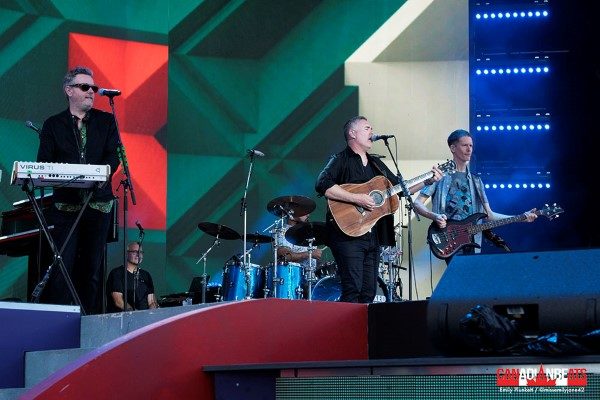 Following the release of Ladies And Gentlemen: Barenaked Ladies And The Persuasions, their 15th full-length album and collaboration with Brooklyn acapella legends, the Persuasions, in April 2017, and upcoming Canada 1 Five-Oh cross-country tour kicking off Sept. 10; BNL have announced November 17 as the release date of their 16th full-length album, Fake Nudes, and start of their corresponding tour.

Starting on September 10 at the Markham Civic Centre in Markham, ON, Canada 1 Five-Oh will take the band on a road trip through Canada’s hometowns and sometimes ignored tour stops (as opposed to major city centres), giving people from across the country a unique chance to see the band perform a mix of their recent hits and past favourites.

Beginning on November 17, two days following the final stop of Canada 1 Five-Oh at the Cowichan Performing Arts Centre in Duncan, BC, Fake Nudes will take the spotlight starting at Vancouver’s Commodore Ballroom and end on December 9 with a hometown gig at Massey Hall in Toronto.

VIP packages for Canadian dates of Fake Nudes will available starting September 6 while general tickets go on sale September 8th. Every ticket purchased will include a digital copy of the new album.