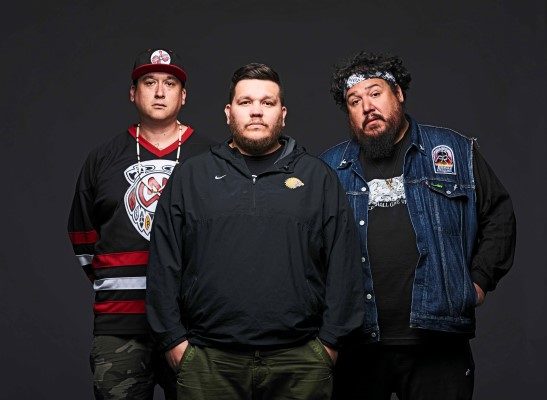 A Tribe Called Red released a 360° virtual reality music video for their single, “Indian City” last week. The single is from their album, We Are the Halluci Nation. The concept of the video was developed during a conversation between Nyla Innuksuk and Tribe’s Bear Witness, while Nyla was visiting the group in Toronto. They filmed on location at the Fort York National Historic Site and were able to film two videos in one day; the 2D version was shot in between takes with the 360 camera.

“David Jenkins and Carley Gallant created short animated sequences and assets that were then passed on to Electric Square who were able to build on those assets and do a visual ‘mix’ of the animated sequences that matched the beats within the music,” comments Innuksuk. “As all of this was going on, our friends at The Post Office were creating multiple ambisonic and 360 sound mixes that allowed us to achieve our goal of creating a ‘gaze-based sound experience’. Depending on where you look within the video, the sound changes and adjusts. If you are looking at the b-boys, you are going to hear more of the electronic elements of the sound, and if you are looking at the Pow Wow dancers, you will hear more of the traditional Indigenous elements. I was really lucky to be able to bring on my friends from Combo Bravo, with Jon Riera directing, and Connor Illsley camera operating. With VR and 360 it is really important to work with a good team of people, because there are so many moving parts. If there is a change in the animation, it may affect the interactivity involving sound, so good communication is essential.”

If you’re in the area of any of their upcoming shows, we highly recommend you check them out. See the dates below: