Countdown to BreakOut West – Interview with The Tourist Company 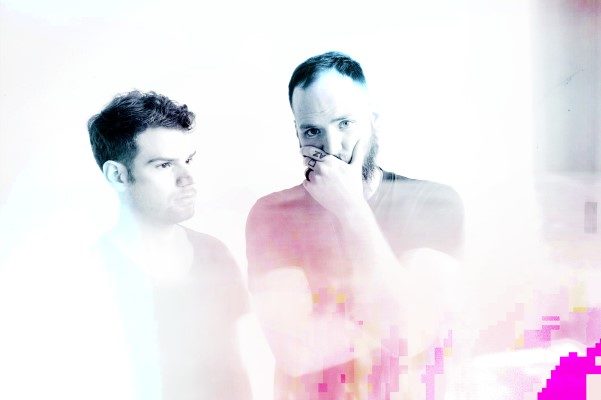 BreakOut West 2017 takes place in Edmonton, AB between September 13 – 17. The event encompasses the Western Canadian Music Awards, Industry Awards, Hall of Fame Induction, Industry Conference, Kick-off Concert and a city-wide Music Festival. It’s the place to be if you’re able! The Festival itself features over 60 of the best in Western Canadian bands and artists, and we are happy to chat with a few of them leading up to the event! For our first interview, we spoke with Manitoba based Kayla Luky, Vancouver’s The Matinée, Saskatchewan’s The Wolfe, and then Vernon BC’s //AMISTAD//. Today, we are happy to present our chat with Vancouver, BC alt-pop band, The Tourist Company.

Hey there! This Taylor, I’m the main writer and lead singer for a Vancouver alt-pop band called The Tourist Company.

You are taking part in this year’s BreakOut West, what does it feel like to be a part of this event?

It feels pretty great! This is our first year taking part in the festival but we’ve heard awesome things about it. We love the city of Edmonton too and there so many incredible acts performing so it’ll be a lot to take in but we’re looking forward to it, to say the least.

What other bands/ artists are you looking forward to checking out at BreakOut West?

Oh man, there’s too many to choose from. I guess narrowing it down I’d say Diamond Mind, Nuella Charles, The Matinee and Nehiyawak but there’s so much great music happening it’s going to be tough to plan out who to see.

Besides the performances, is there any other event that you’re looking forward to?

We really love catching up with all the other folks who play music so I’d have to say the mixers but we’ll definitely try to catch as many speakers as we can while we’re there.

I hear there is a Closing BBQ on September 17, so of course, I have to ask, what’s your go to food to BBQ?

When it comes to BBQ ribs win any day of the week for me!

Do you have any other upcoming shows that you’d like to tell us about?

Our BreakOut West showcases will probably be the last shows we play in Canada this year so they’ll be something special. We’re heading out to Germany for Reeperbahn Festival right after and we’ll have some other announcements coming up soon.

If someone has yet to see you perform live, how would you describe your live show?

Dynamic. We try to re-arrange our songs from the recordings to make the live experience something that’s unique, otherwise, you might just want to listen to our album.  Our music is conceptually inspired by outer space and our sound follows that tangent. Listeners can expect huge drums, lots of atmosphere and ethereal vocals grounded in alternative pop forms. It’s spacey and otherworldly.

I’d say that Pedestals is the song that captures what we do best. It’s a blend of organic, electronic and orchestral elements and besides that, it’s my favourite.

Here at Canadian Beats, we’re all about Canadian music, who are some of your favourite Canadian bands/ artists?

That one’s really tough to narrow down. Without going on for pages I’d say We Are The City, The Belle Game, Jordan Klassen, Dear Rouge, Andy Shauf, Leif Vollebeck, Peach Pit and many more to count.

We’re really excited to head across to Europe to play some shows this fall, after that we’ve been hunkered down this year writing new material for our next record. We’ll hopefully have some new tunes for you all really soon.