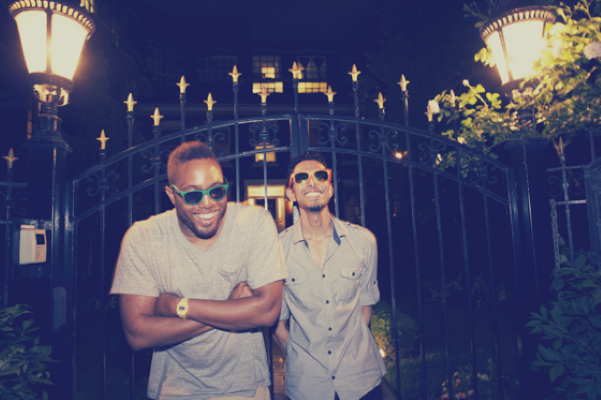 Today marks the release of a new single and lyric video from Toronto production duo, Young Wolf Hatchlings. The single, entitled “Right Where You Are”, follows the July releases of “Ain’t No City” and “Run Run”. The first two tracks off of their upcoming debut EP set to be released in early 2018.

My first reaction to the release was that it would absolutely dominate in a club scene, where everyone would be ready to move. Here at Canadian Beats, we are very excited to present you with this fresh, dynamic track from the duo known as Young Wolf Hatchlings.

“Right Where You Are” was created along with the Horses Heaven songwriting team at Electric Feel Recording Studios in West Hollywood, California. On top of the insane talent that we’ve already mentioned on this track, EDM artist Gazzo added his signature beat to the piano and vocal track creating the base for the masterpiece that you can hear above. Over the course of 2 months, the duo worked in their Toronto studio on the production of the single. This track adds to the existing catalogue of what could only be called energetic and uplifting songs. When we asked the duo about the track, they remarked,

“The lyrics bring a familiar, warm feeling of home and being supported by someone who loves you and will always be right by your side, right where you are.”