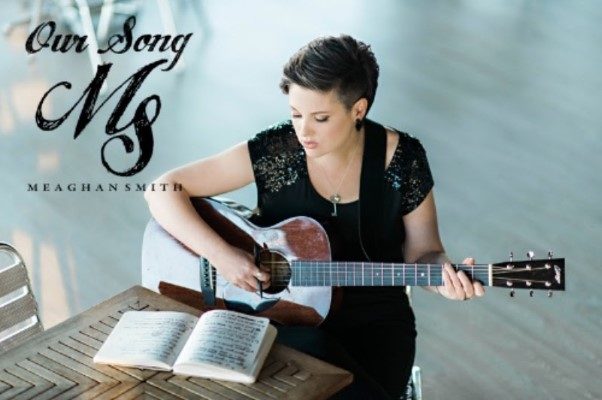 Meaghan Smith has had an impressive musical career spanning two full-length albums (The Cricket’s Orchestra 2007 and Have A Heart 2014), a JUNO win in 2011 for Best New Artist, and several amazing collaborations with artists such as k.d. lang, Sarah McLachlan, Tracy Chapman and Ron Sexsmith.

Smith has officially launched a brand new project appropriately titled; Our Song. A concept created earlier this year with Jason Mingo, Our Song wants to tell your stories. Mingo who is a multi-instrumentalist/music producer is also effectively called by Smith, her husband. The plan is to give Smith’s music fans an opportunity to have their stories told through music.

September 1st marks the debut song for the project. “The One” is the first of many songs to be released as part of the project. The first Friday of each month will feature the latest song in the project. “Our Song is a way for me to be with my fans and intermingle my life with theirs. In the past it was all them hearing my stories, but Our Song is a chance for me to hear their stories, write their songs, and share them with even more people.” Smith explains.

The process is fairly simple; for the fans. Get in touch with Smith and tell her about the story and song you would like to have written. If you are selected Smith will respond with “an extensive list of questions” by email, and follow up with a phone call “to really get into the nitty gritty of the story you have to tell.” And then, if Smith feels she can do your song justice, she gets to work writing it. For the agreed upon commissioned fee, you can end up with a professionally recorded and produced track, along with a letter from Smith detailing her process in writing the song, and an illustrated lyric sheet suitable for framing, all wrapped up in a gift box.

Smith adds “The process takes weeks and sometimes months to get a song just right, from the conception of the idea to working out the melody and lyrics to the actual arrangement and production. Our Song gives my fans the opportunity to see and understand what goes into the songs they love.”

Check out the lyric video above. If you are interested in commissioning Smith to tell your story make sure you visit her website for more details