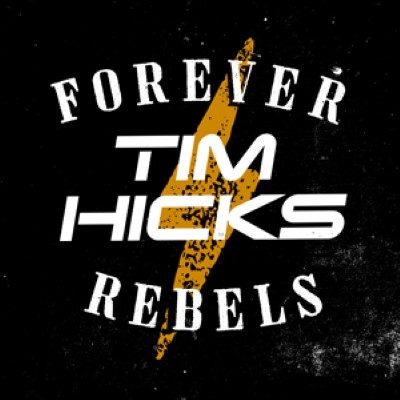 Tim Hicks has had an absolutely stellar year. Besides having “Get By” go Platinum, having the last single “Slide Over” become his highest charting single (it topped the charts at #2), he received two Road Gold certifications from CIMA for 2015/16 and 2016/17, in addition to Platinum plaques for “Get By” and “Stronger Beer.” Not only that, but he has crisscrossed across Canada with his Shake These Walls tour and all the summers festivals then finished off the season with an incredible show at the iconic Budweiser Stage in Toronto just over a week ago. Hicks will also take to the stage at Canadian Country Music Association Awards in Saskatoon on September 10. He has been nominated for Male Artist of the Year and Interactive Artist of the Year for this year’s 2017 CCMA Awards.

“Forever Rebels” brings out all that is great about this artist. It’s fun, it’s a catchy tune and it means something to him. It’s one you want to keep hitting repeat on whatever device you use. And it follows in the footsteps of, what I believe to be Canada’s other national anthem, Hicks’s second Platinum-certified “Stronger Beer.”

Hicks has a lot to say about this song.

““Forever Rebels” is an extremely personal song for me. It’s about standing up in the face of adversity and not being afraid to follow your own path even when everyone around you is telling you you’ll never get to where you’re going.  I lived it, I felt it and if I can convince one person to stay strong and follow their dreams, it will all be worth it.”

I have said it before and I will keep on saying it – Tim Hicks is magic – both on stage and in the recording studio. He has an amazing talent; he always reaches out to his fans and has a lot of appreciation for them. It really doesn’t get any better than that.