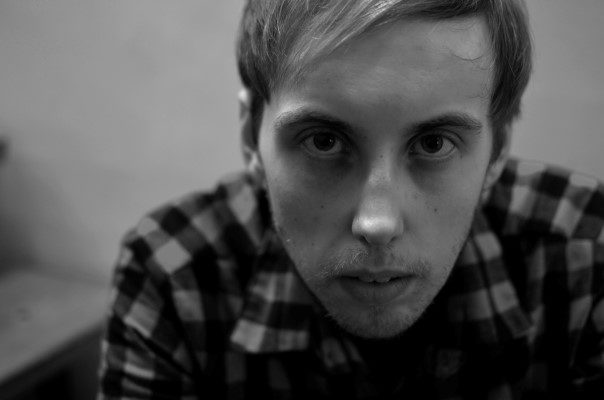 Toronto based singer/songwriter, David Backshell is about to release his debut full-length album, Codeine Dreams tomorrow. We were stoked to chat with him for this segment of Five Questions With. Stay tuned tomorrow for our review of the album, as well.

Care to introduce yourself to our reader

I’m a singer/songwriter born in Montréal raised in England. Since moving to Toronto in 2010, I have been recording, performing, and collaborating with amazing musicians from around the city. I currently have two EPs to my name and I’m about to release my debut album ‘Codeine Dreams’ on August 31st.

I would say my music has a dark tone, especially lyrically, with an emphasis on layering instruments and vocal harmonies to create a complex sound. People usually compare it to Elliott Smith or Damien Rice. I’m flattered by those comments but I feel those artists are untouchable.

As far as my writing style goes, almost all the songs start with some lyrical idea. I’ll flesh that idea out until it matches a melody that I can fit in a basic chord progression and go from there. Once that framework exists, then it’s a case of adding flavour to it in creating an interesting arrangement that elevates the song to a different place. When you stumble upon an idea I feel there are inherent lines that you need to explore within the melody so it’s about trying to take a song where it needs to go without deviating from the original concept.

I will be playing at Junction City Music Hall on the 31st of August with my five piece band ‘The Nighttime Gals’. We tend to play most of the songs that are on the record and some new songs I’ve written since finishing the album. We tend to mess with structures a little and leave longer spaces for the other instruments to speak. We try to up the energy and come down heavier than the record.

Probably Damn The Light, it gives a good overview of the sonic space the record inhabits. From sparse verses to multi layered choruses featuring different vocal lines going off in different directions.

Andy Shauf, Chris Gostling & The Tempo, and Sun K are at the top of my list currently.