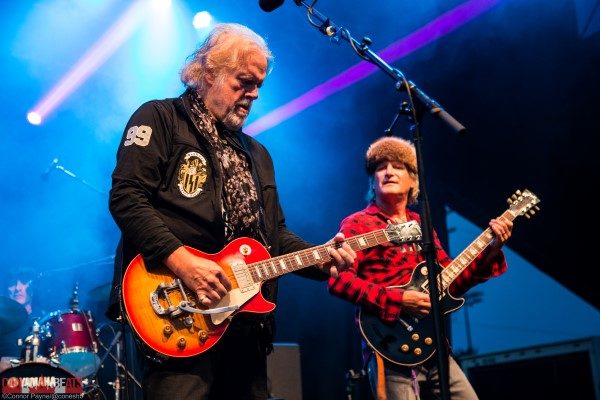 Day two of Rock Ambleside Park kicked off yesterday in beautiful West Vancouver with the sun shining, the ocean breeze blowing, and the heavy metal crunch of Canadian rock legends Helix to get the party started. The bad boys from Kitchener took the stage in the early afternoon sun and dealt the audience a fistful of Hell Ya! The leader of the pack is vocalist Brian Vollmer and He has that look and aura about him that just makes him a perfect frontman. Helix is such an entertaining band to watch live and they were also a blast to shoot from the pit! Gimme an R O C K, whatcha’ got? ROCK!! 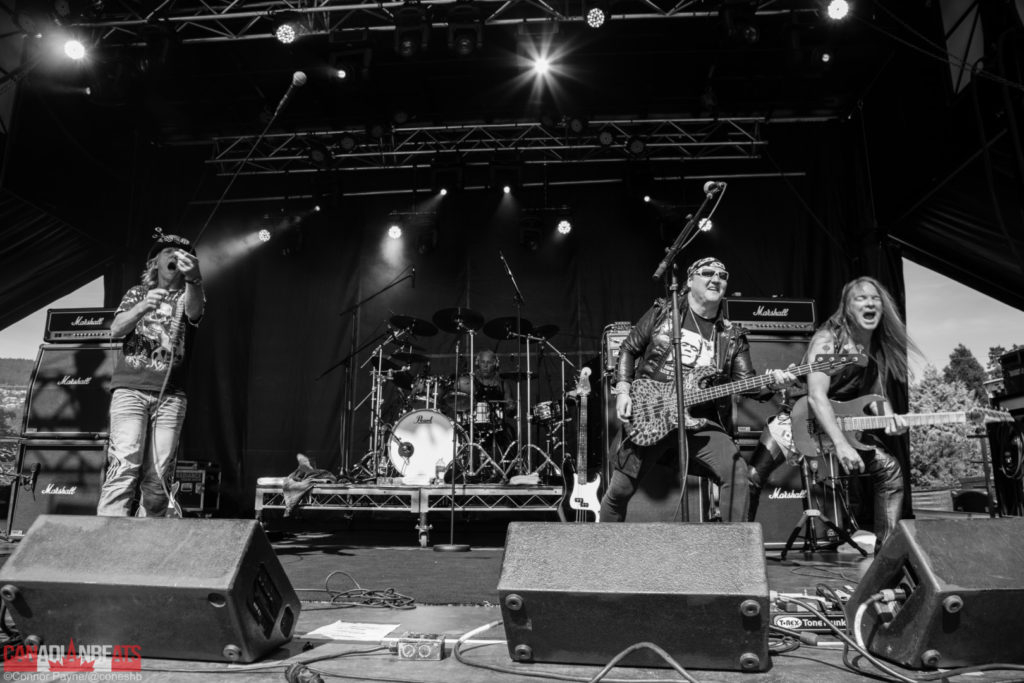 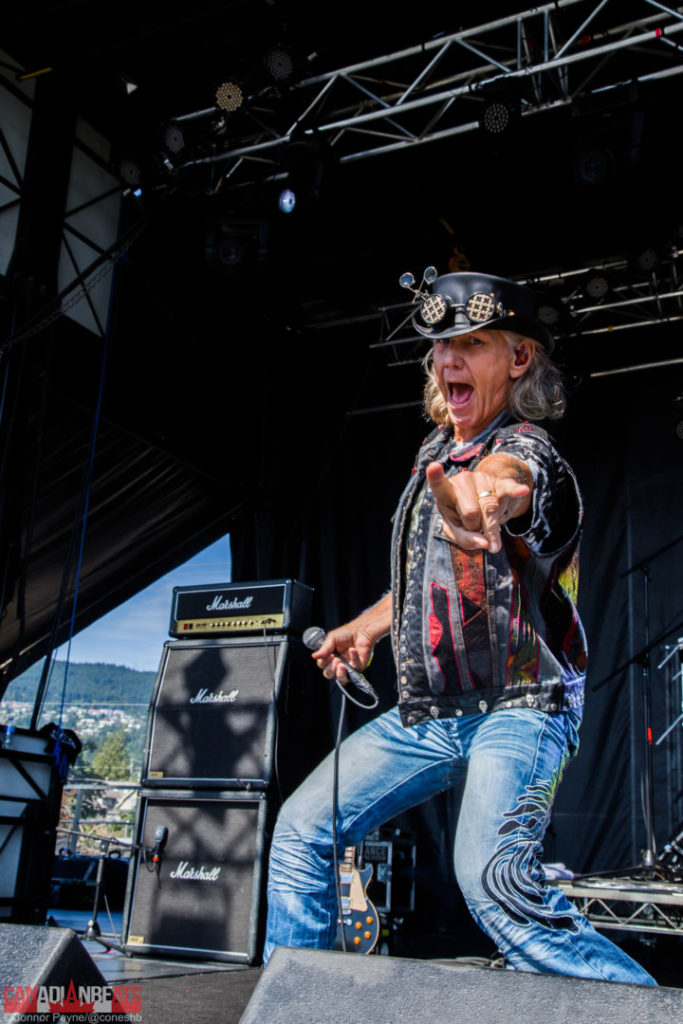 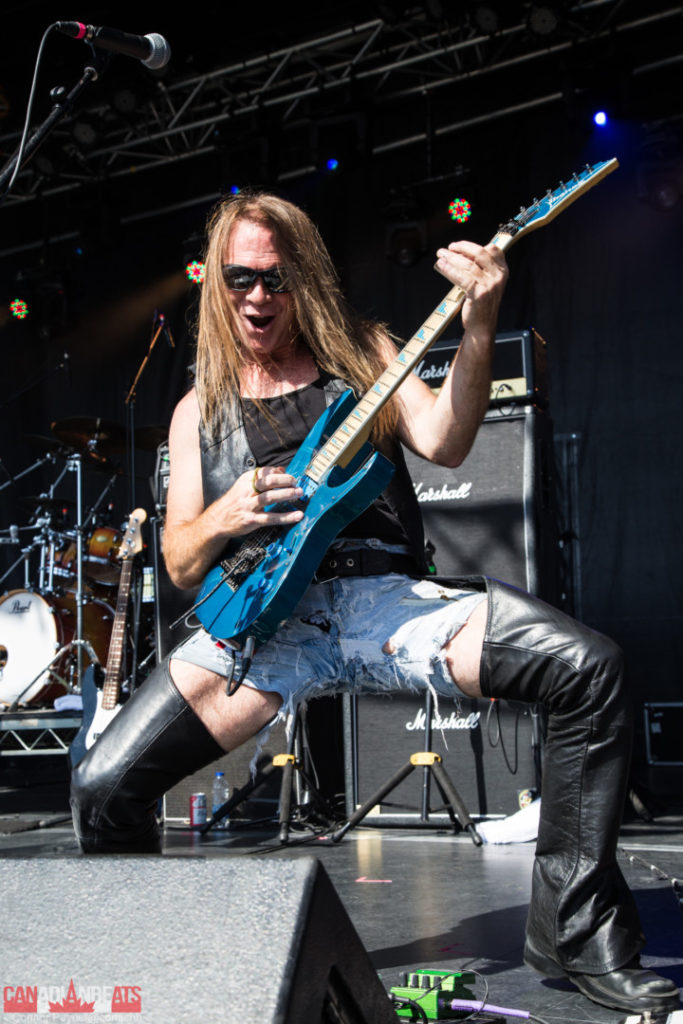 Next up was Nick Gilder & Sweeney Todd. These guys are from Vancouver and have been rocking from coast to coast since 1975. Interesting fact, when Nick Gilder left the band to start his own career he was replaced briefly by a 15-year-old Bryan Adams. When Nick was on that hiatus he found substantial success with hits such as Hot Child in the City, and Here Comes the Night. The favourite of last nights set that had everybody singing along though was Roxy Roller which was a number one hit for them in Canada. 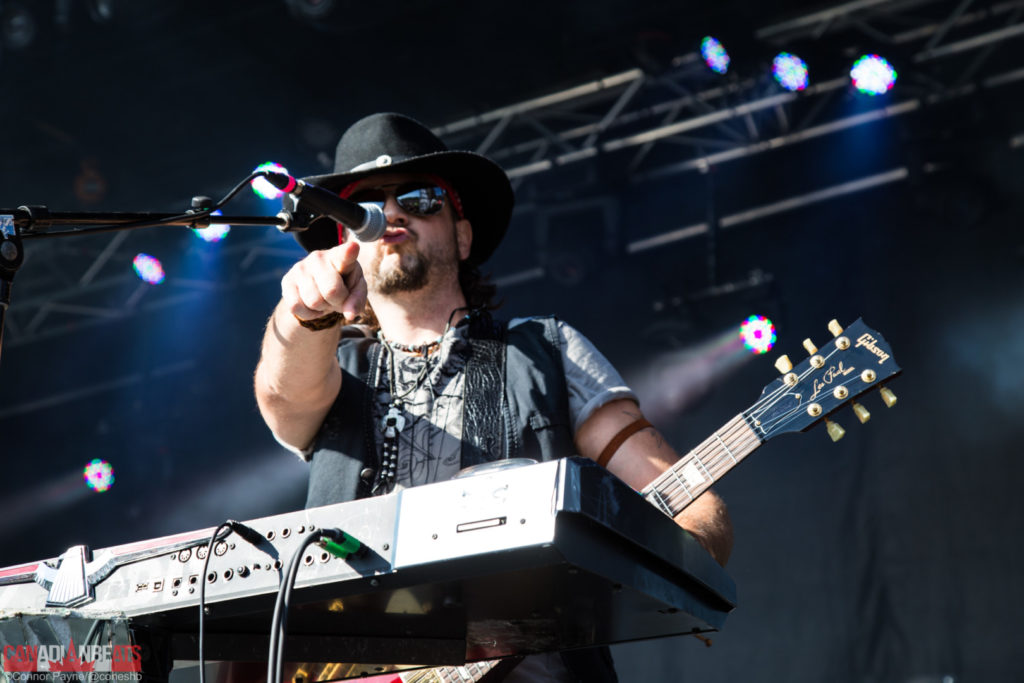 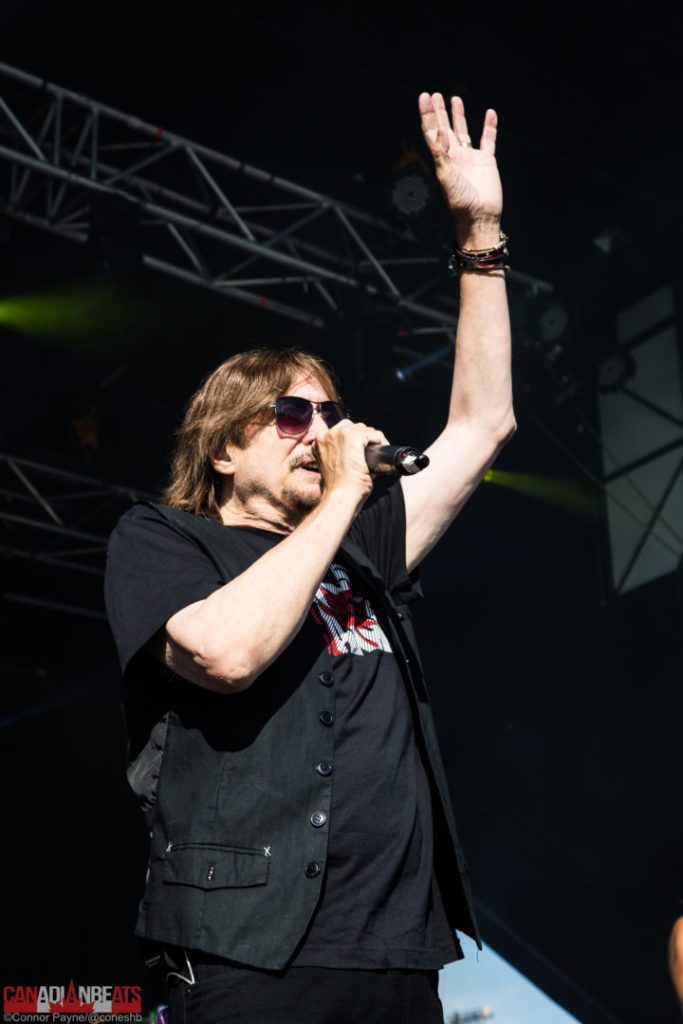 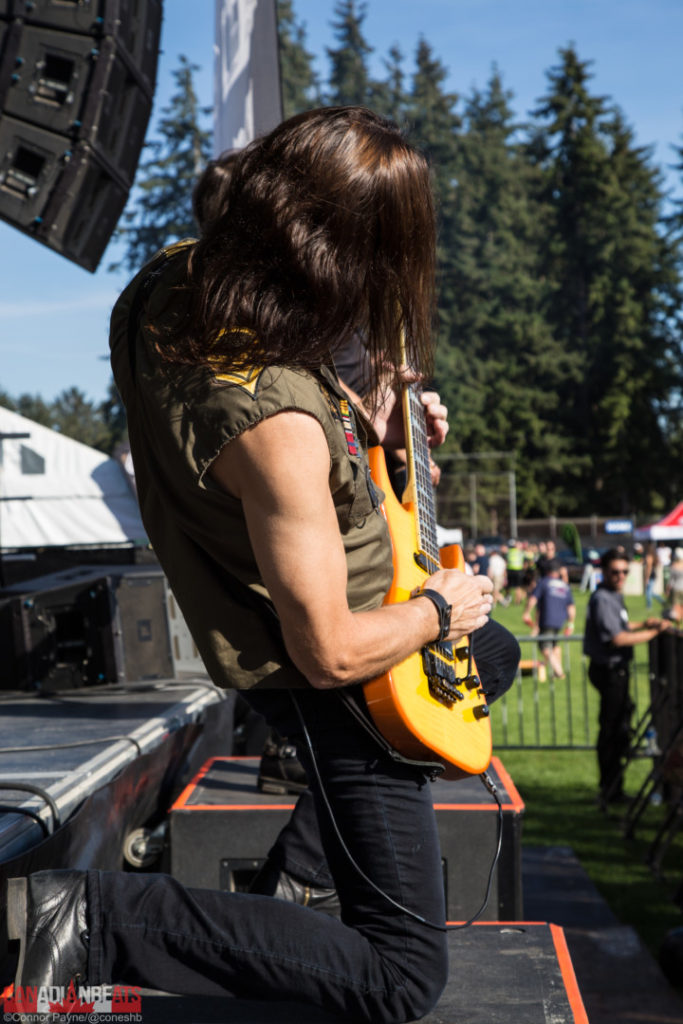 Johnnie Dee and his band Honeymoon Suite had the third spot of the day and a lot of the festival crowd had made their way right up close to the stage by that point. Honeymoon Suite have a big following and the fans were ready for them to entertain in the late afternoon heat. New Girl Now, and Feel it Again had the crowd singing good and loud! 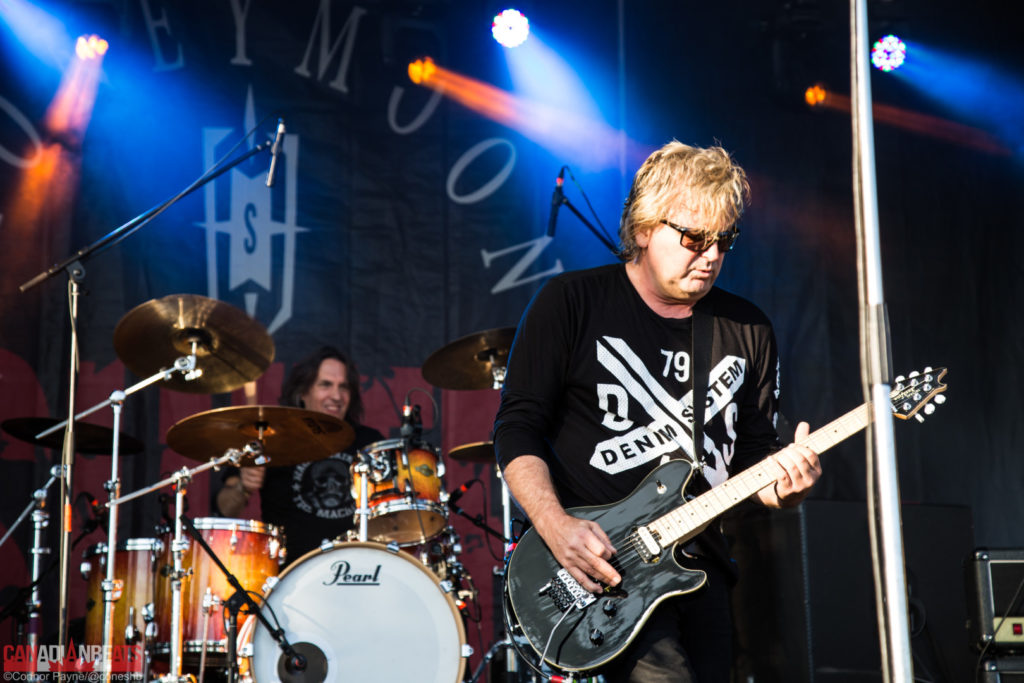 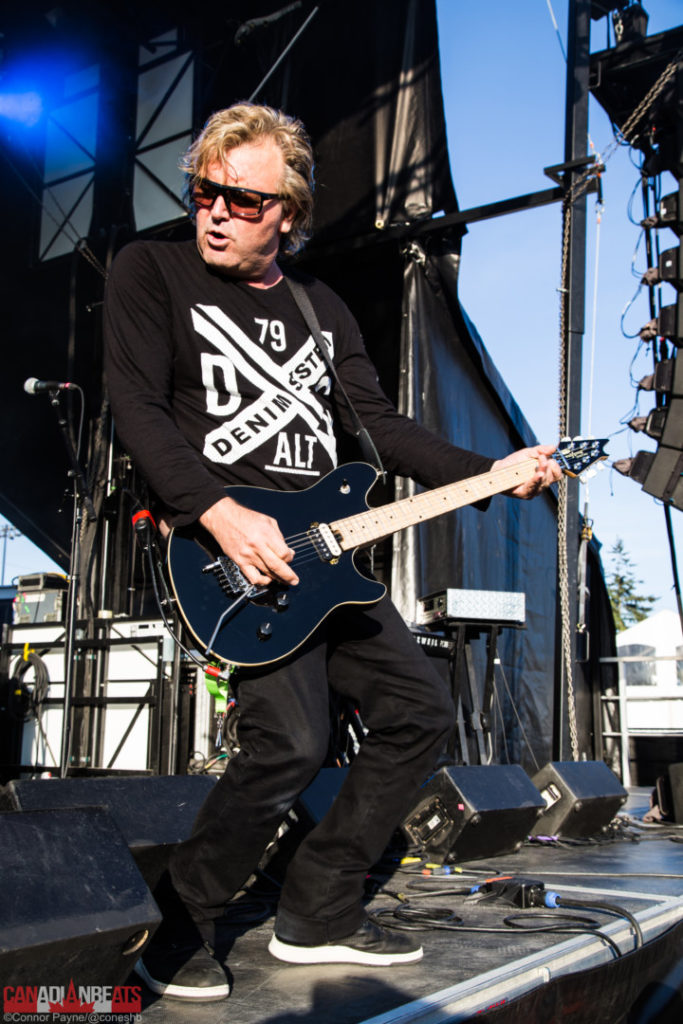 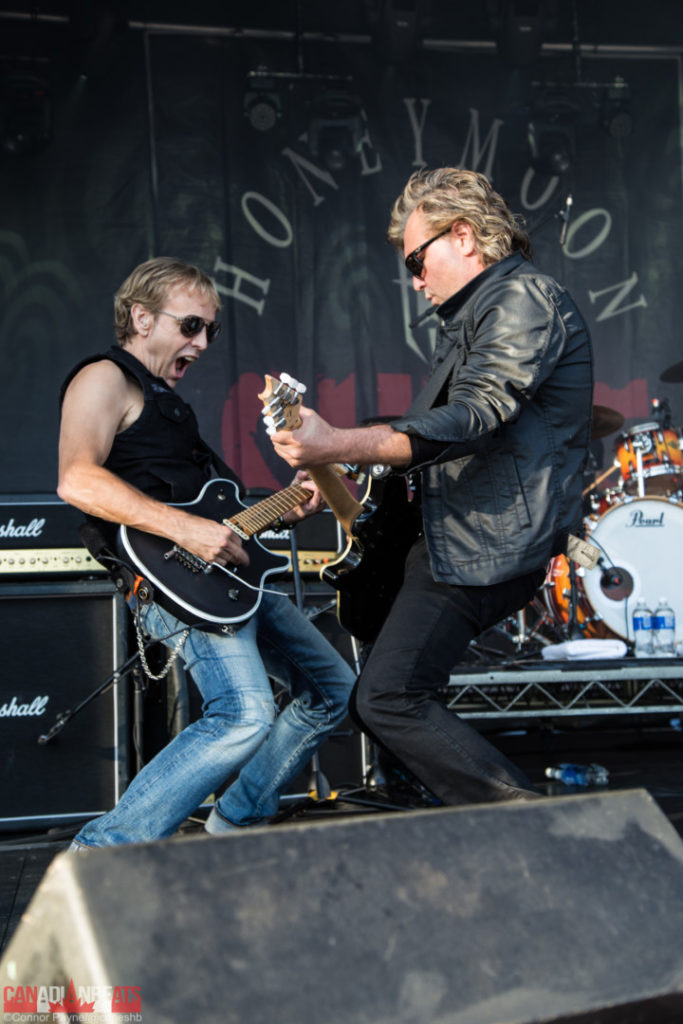 The headliner of Saturday night was none other than Randy Bachman. This guy is rock royalty, to say the least, he was a founding member of The Guess Who and BTO but has also had a stellar solo career. Randy has such a huge catalog of songs to play and so many cool stories to tell making his live performances such a treat to take in. The man and his band rocked the crowd hard for an hour and a half bringing day two of Rock Ambleside Park to a successful close. 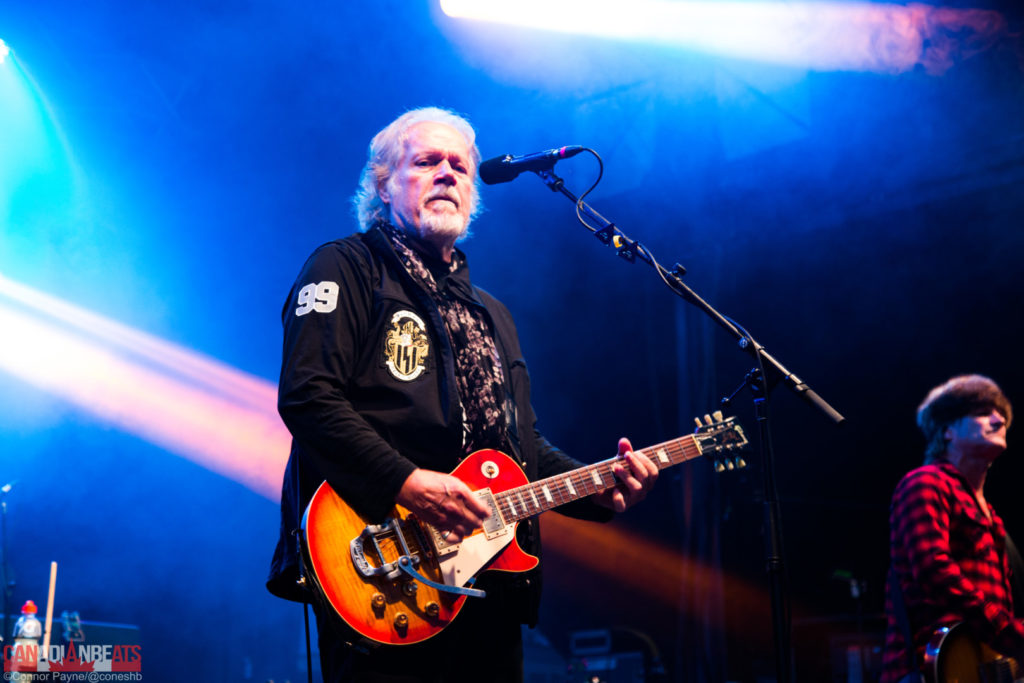 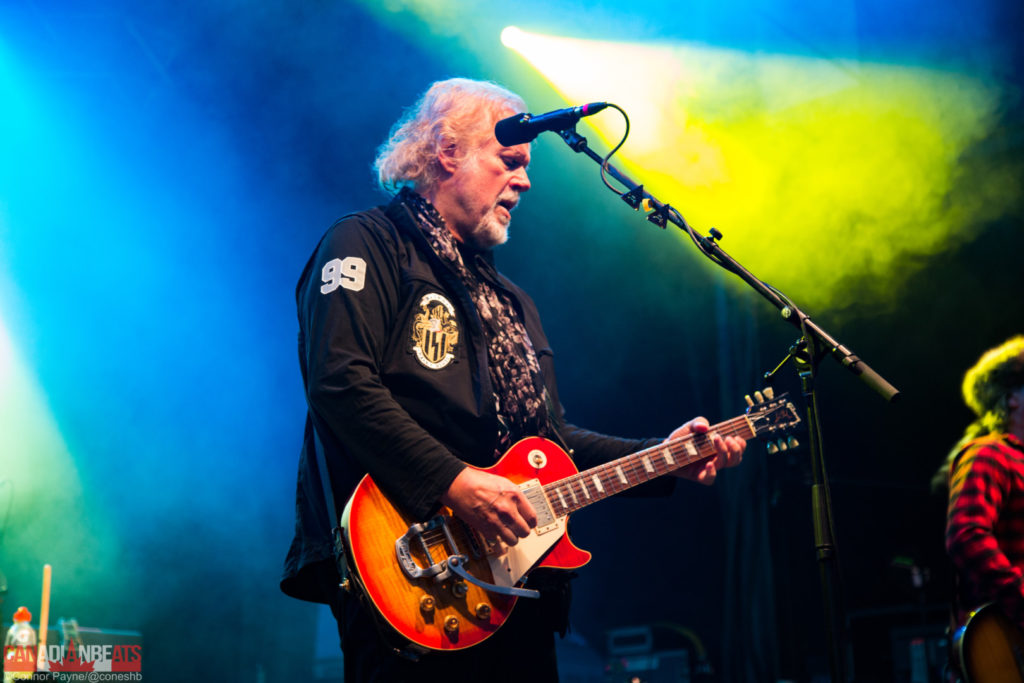 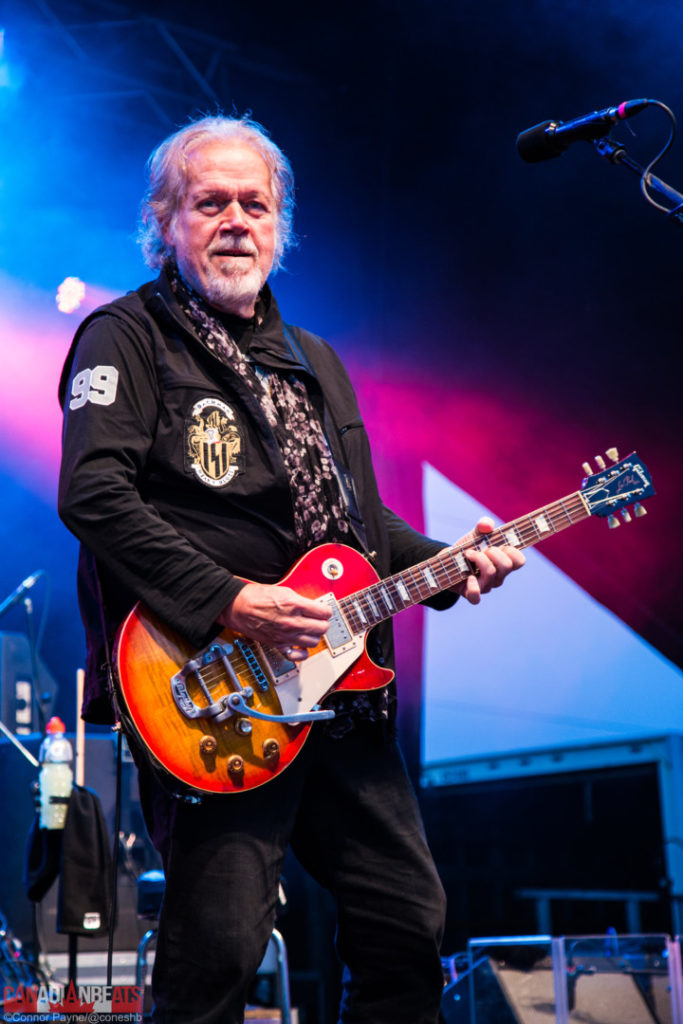