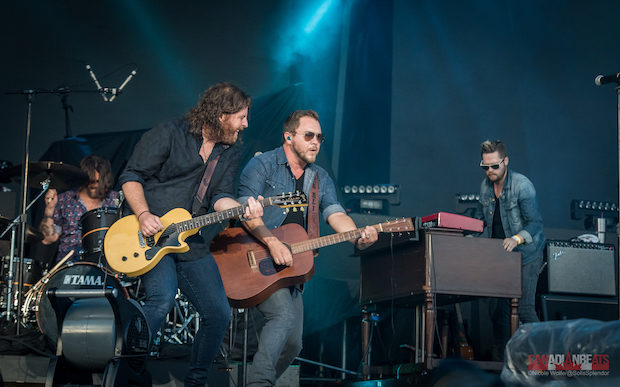 After torrential downpours and evacuations, fairly overcast skies and big clouds were welcomed by everyone on day three of this four day music festival. You can’t ask for better weather as you get to listen to some of the world’s greatest country music singers of today. It was another successful day of great music with a multitude of talent.

It’s not often that you can say you played for a crowd of 30k+ in an open field with nothing but the moon and stars as a backdrop. I think one of my favourite parts of any large gathering when it comes to music is all the sing-a-longs. There’s just something so amazing about hearing so many people sing the same lyrics all together. 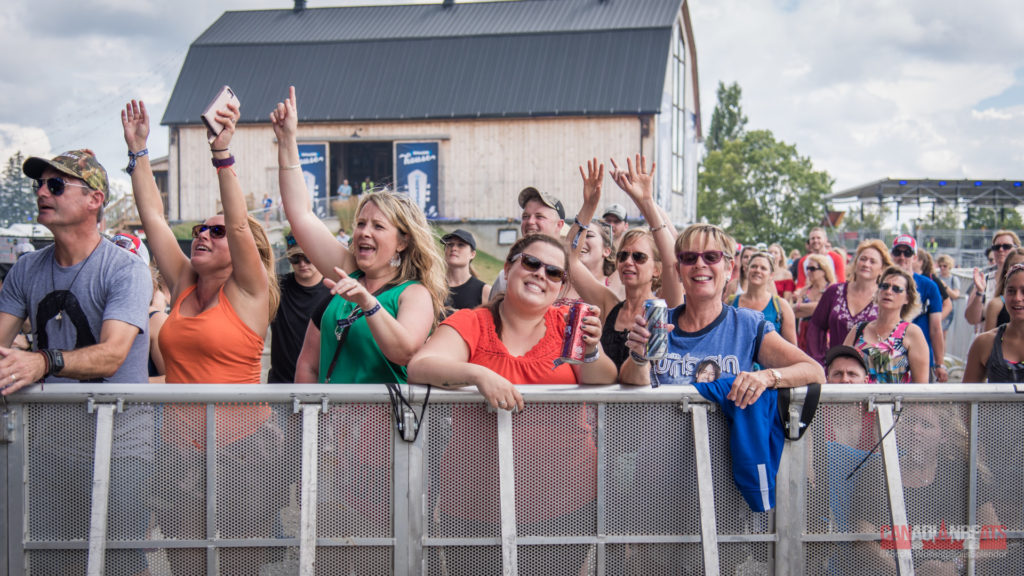 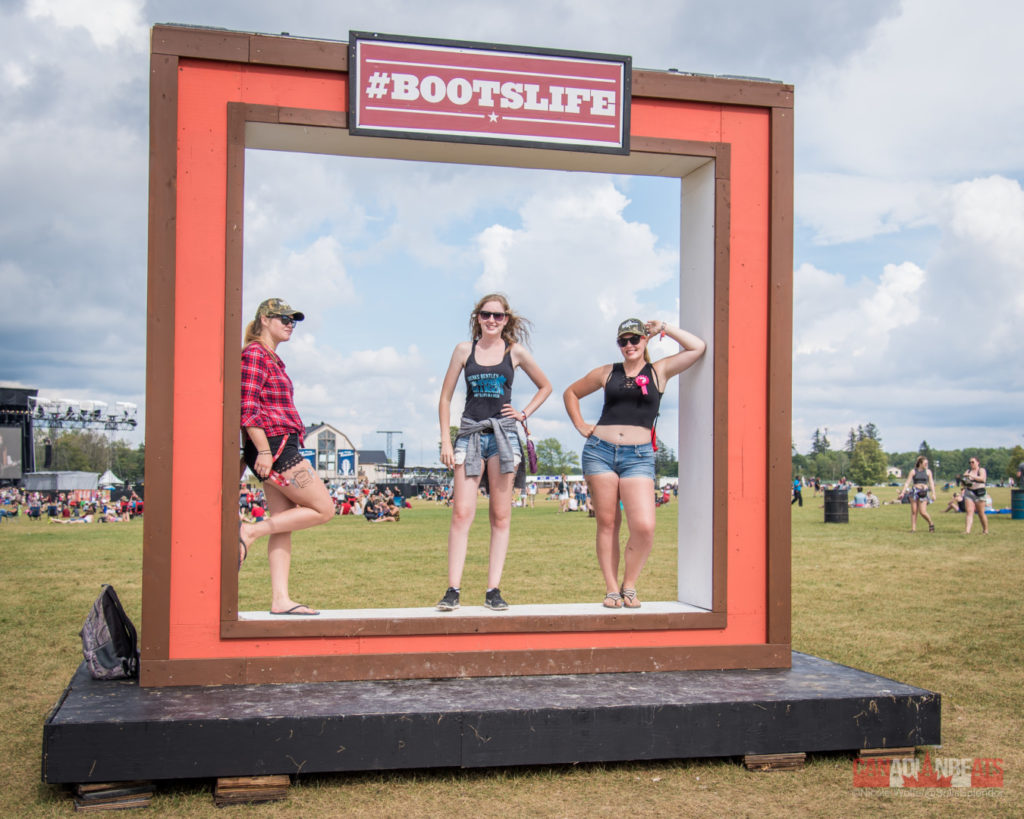 First off, I love these guys. They are super talented, down-to-earth, and best of all, home grown talent. Secondly, James Abrams makes me swoon every time he picks up his violin. When I had first heard these guys are a new artists showcase last year I instantly knew I would take a liking to them. And it’s always so nice when they’re so humble and while these guys have been in the business for quite some time, they still treat it as if it were their first. Kicking off the first set on the main stage, they did a great job in getting the crowd started for an epic day all around. 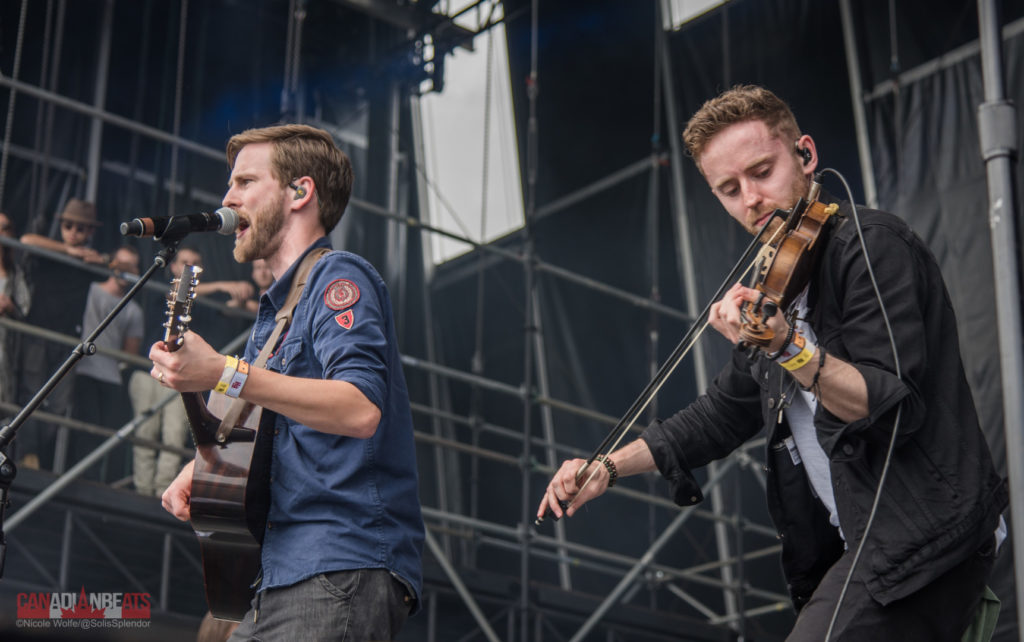 This guy has an old soul and it’s a beautiful one. JJ has got such a unique and raspy voice and it’s also mesmerizing. Having reviewed his album in the past, I was familiar with his sound, but it was completely different experience in person. You can tell he enjoys what he does and it’s something that’ll make or break the entire experience. This Calgary native isn’t going anywhere anytime soon though and playing on the main stage at Boots and Hearts is a sure sign he’s going somewhere big. I can’t wait to see what he comes up with next. 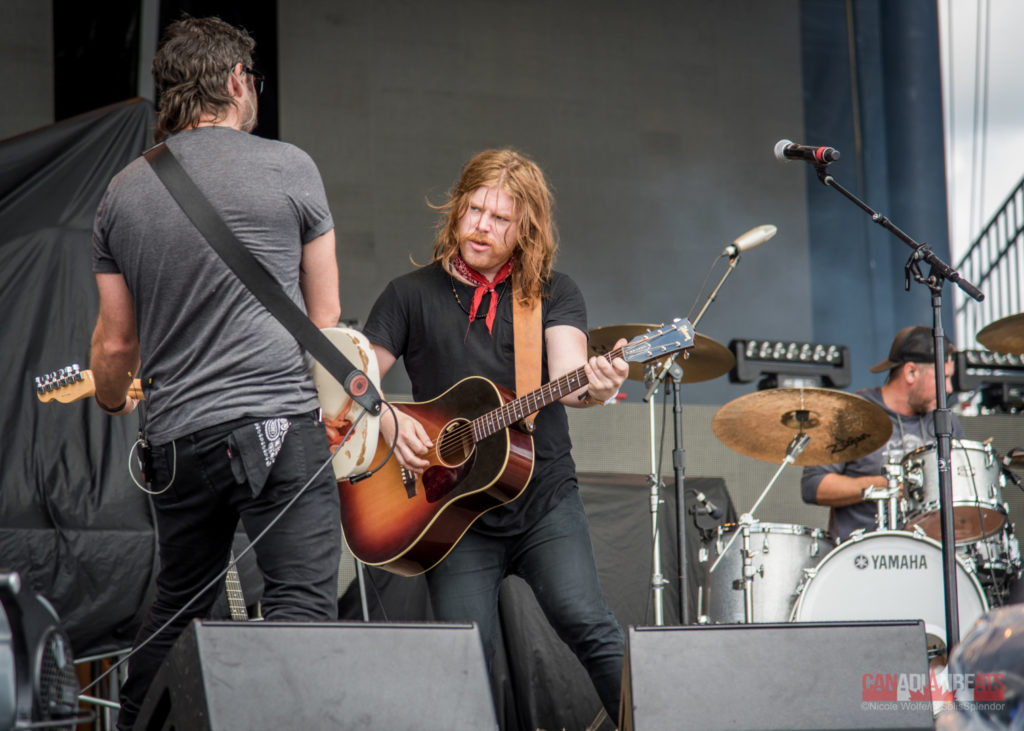 What disappoints me the most is when artists don’t connect with the audience. It’s one thing when you’re just sitting around listening to an album, but when they’re performing in front of a crowd and it’s like doing the same thing – it’s sad. Now, before we go any further, that doesn’t mean that her talent doesn’t go unnoticed. Aubrie Sellers gives off a badass old rock-and-roll vibe and it’s very apparent with every song that she sang. She is no doubt talented and loves what she does, so it was sad to see her take three songs before she even introduced herself to the crowd. 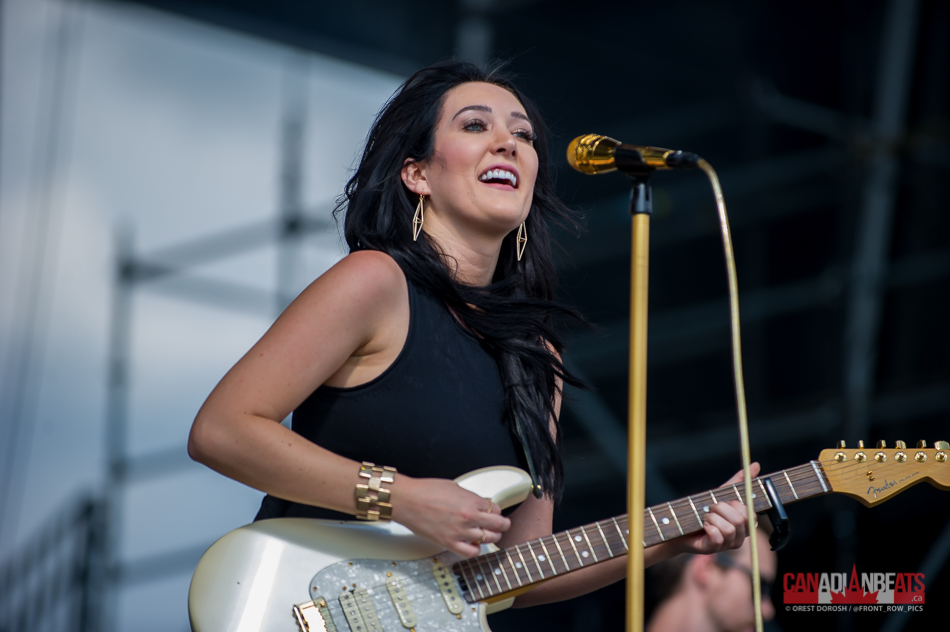 Canadian country music is huge and it deserves recognition. And when this former NHL player turned Canadian country heart throb hit the stage, things got real. It’s always the last three acts of the night that have people getting crazy and having a good time. You pick your spot to enjoy the show and you stay put or you’ll miss out. Chad is a great performer and has made a name for himself over the years with an abundance of successful hits. His love for what he does and the country he lives in is always apparent with every performance. He did a great job of pumping up the crowd for the last two major acts of the evening. 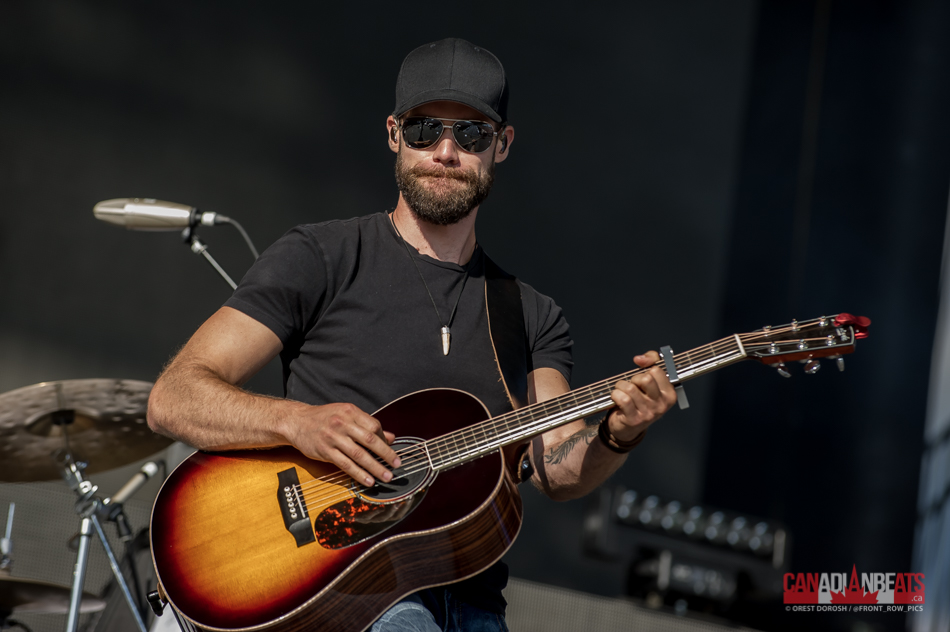 The last time I saw these guys was on a (very) cold night in the middle of February in a theatre at Casino Rama. The crowd was tame (read: lame) and the show was very short! It was nice to see these guys with an actively engaged crowd. They have so many great songs and to hear people actually sing along and have a great time made a huge difference – not that I could blame them for the tameness of the previous crowd. They definitely had a feat to continue to keep the crowd pumped for the main event but they managed to do so with style and grace. 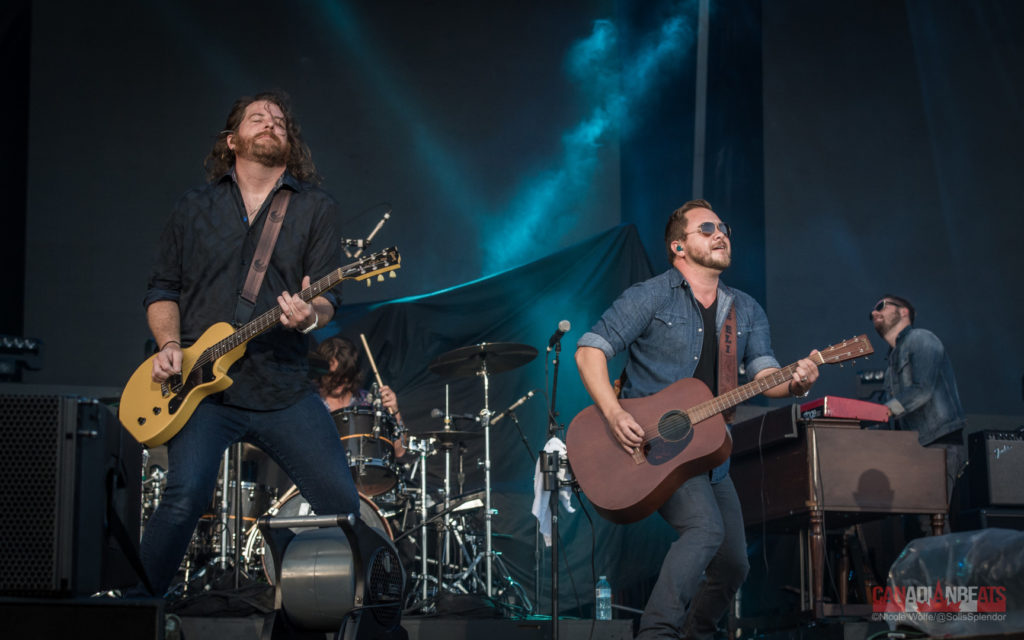 When people insist there are different styles of country – they’re not lying. Seriously. Brantley Gilbert is just one example of how each country artist can differ from the other. While Friday was more of today’s traditional country music, Brantley brought a rock show to the Burls Creek Event Grounds. From the second he walked out on stage he put on a show, from the additional big screens and badass brass knuckle mic, to the fireball flames timed to the music. I will admit that I only knew a few songs of his, but he made it so entertaining to watch him perform, that I didn’t even care.  And his honesty and love for his family, his country, and his music was the best part of the entire night. 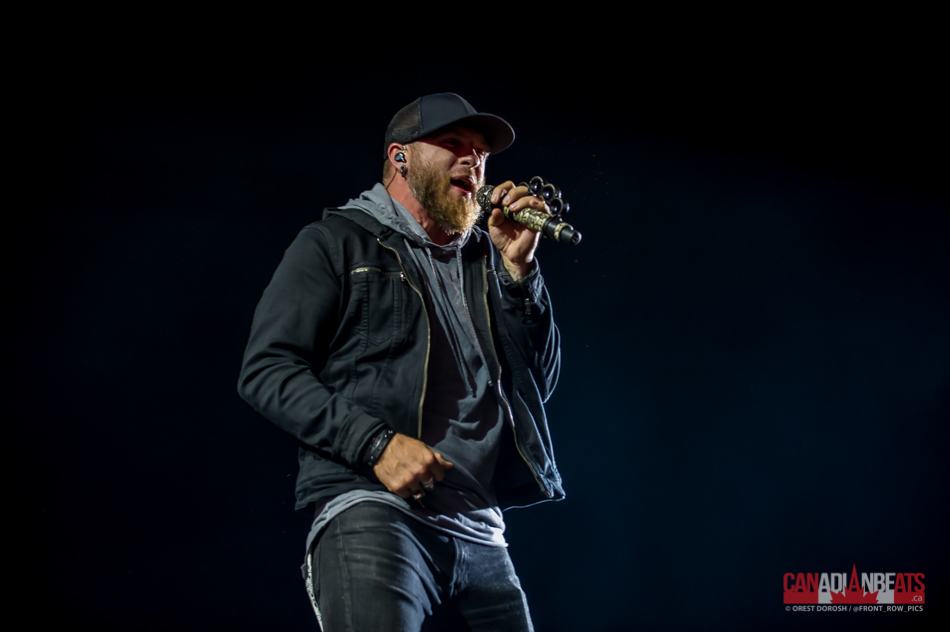 Other Highlights from Day 3: 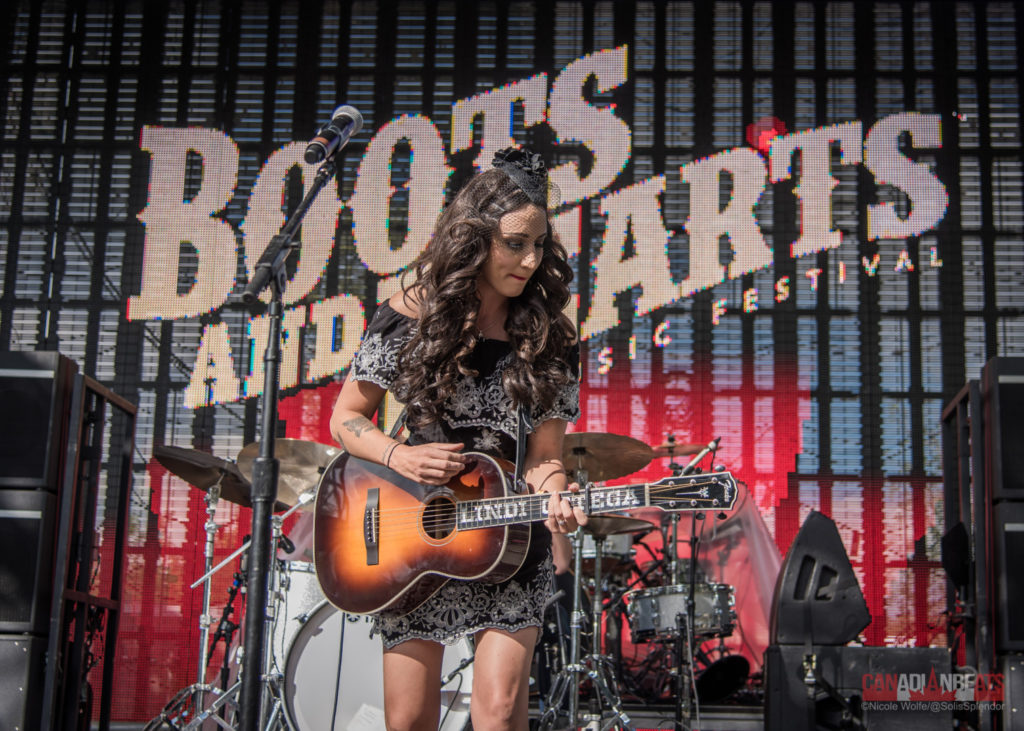 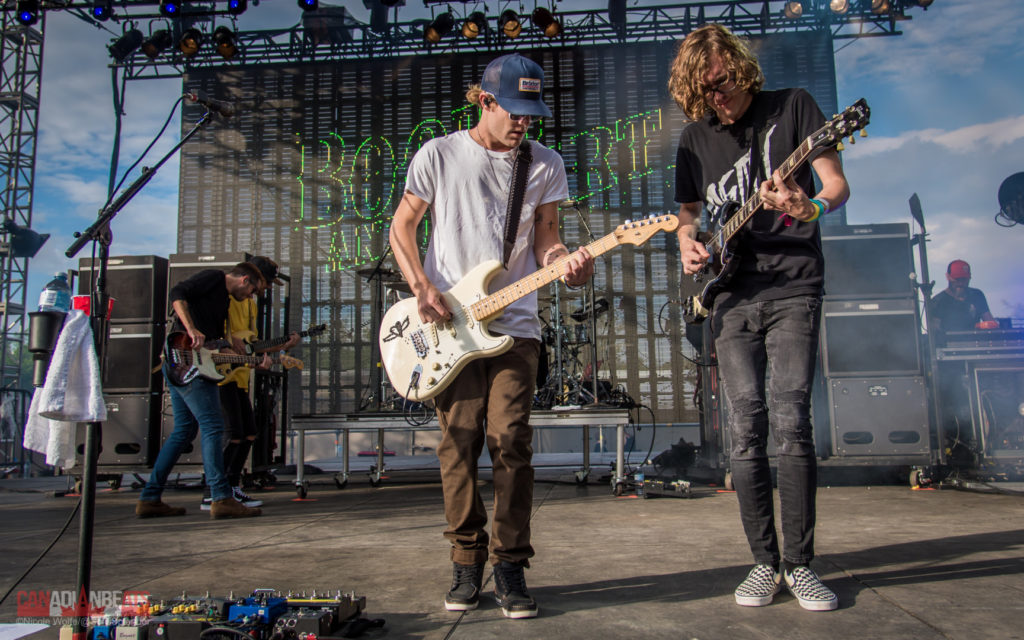 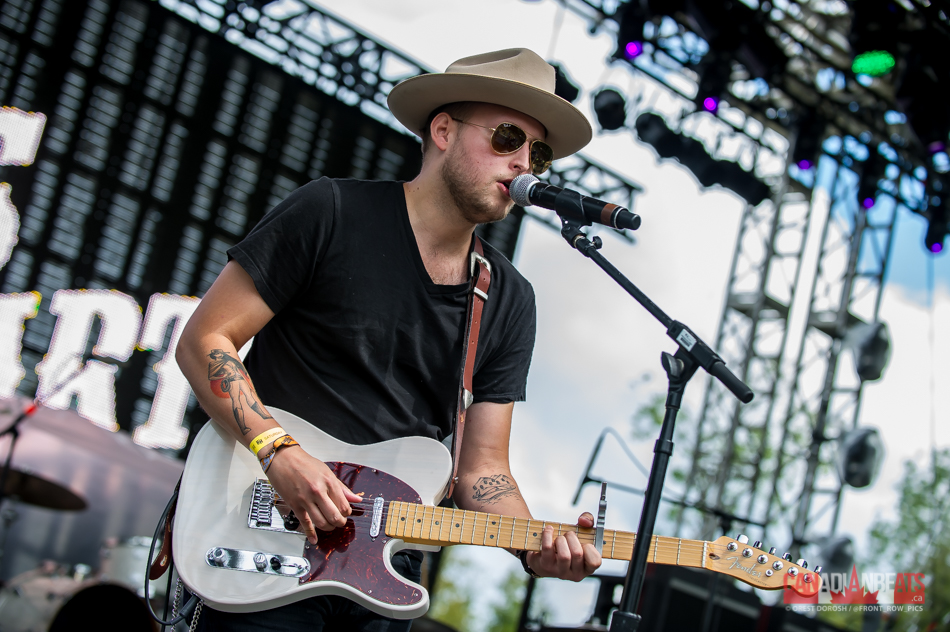 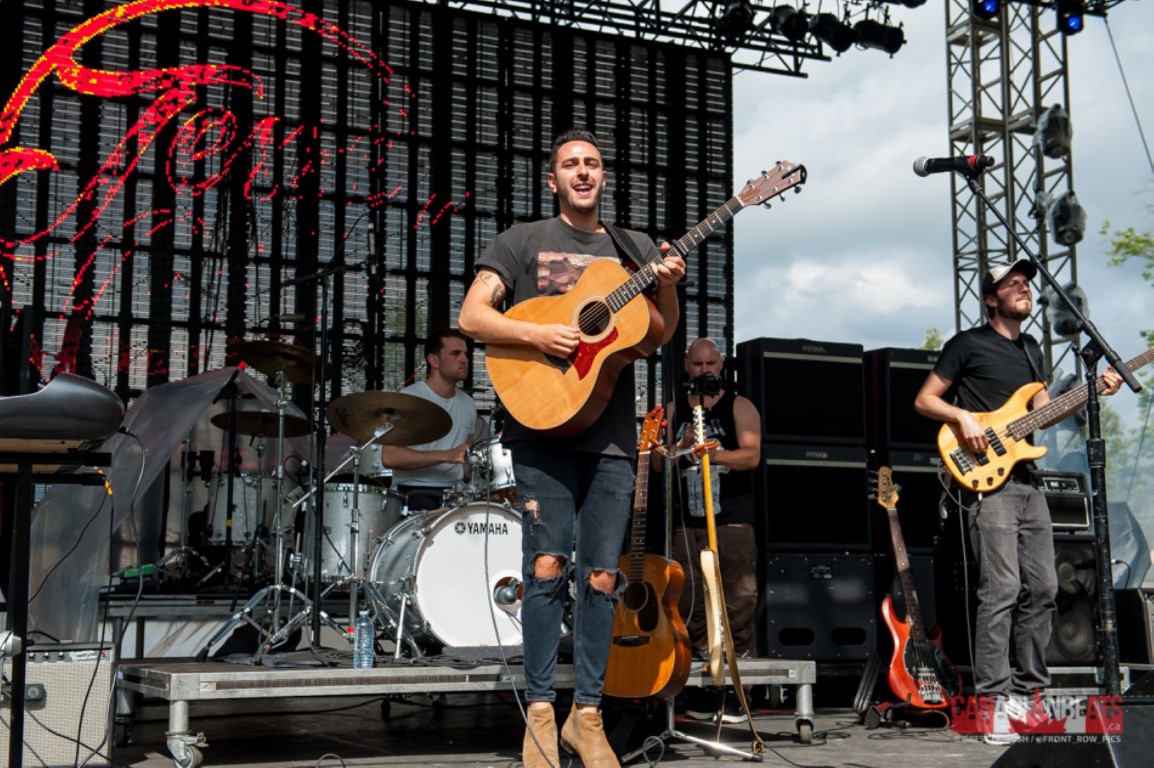 These ladies refer to themselves as The Zac Brown Band in Miniskirts, and they did not disappoint!  Stay tuned for our interview with the band and a special acoustic performance of their single, “Pony Up”, this week! 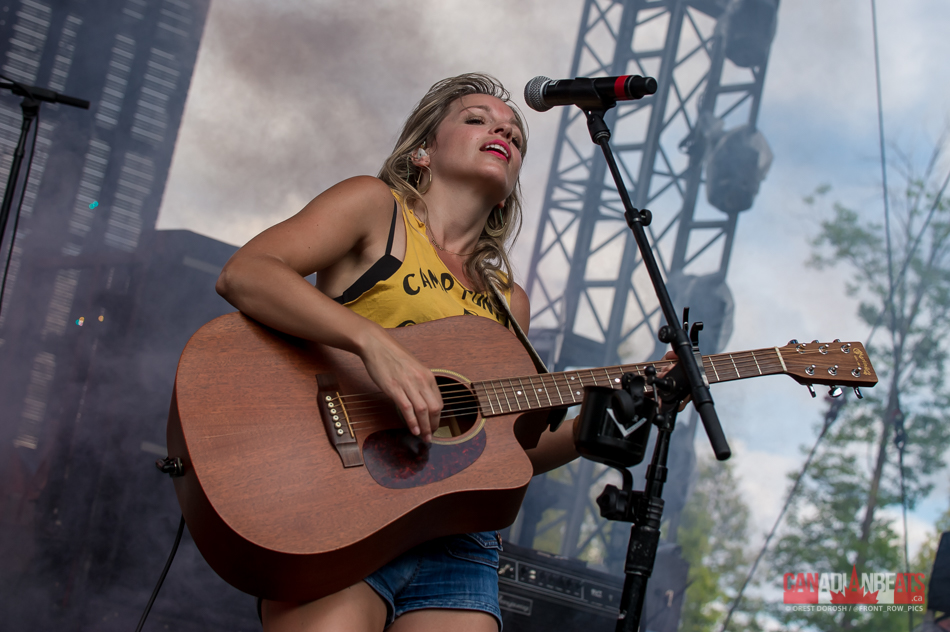 Sometimes, the sights at Boots and Hearts are just as interesting as the performers themselves!  We enjoyed taking in ALL that the festival had to offer! 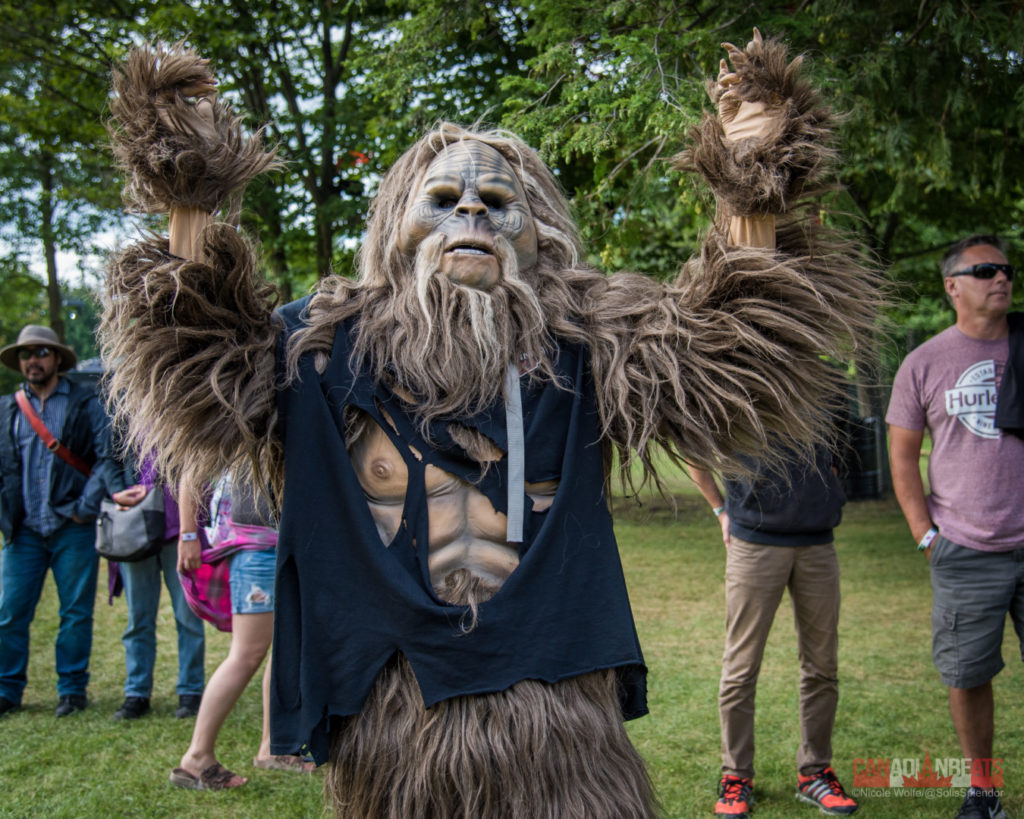 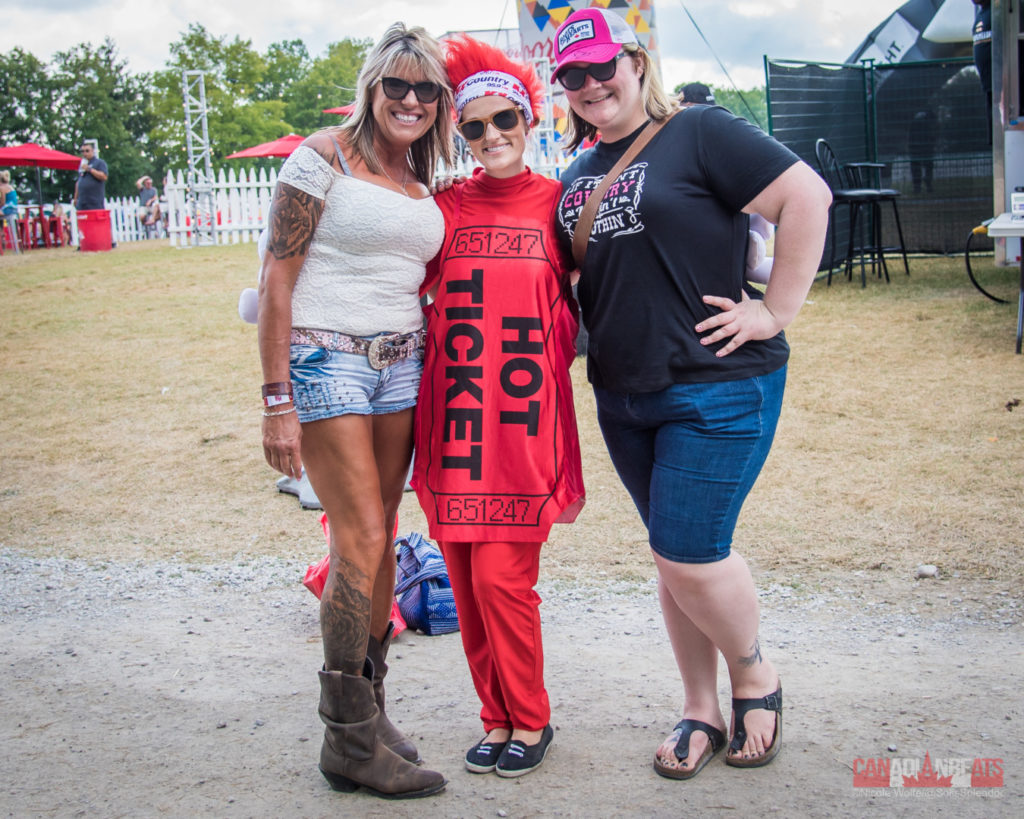 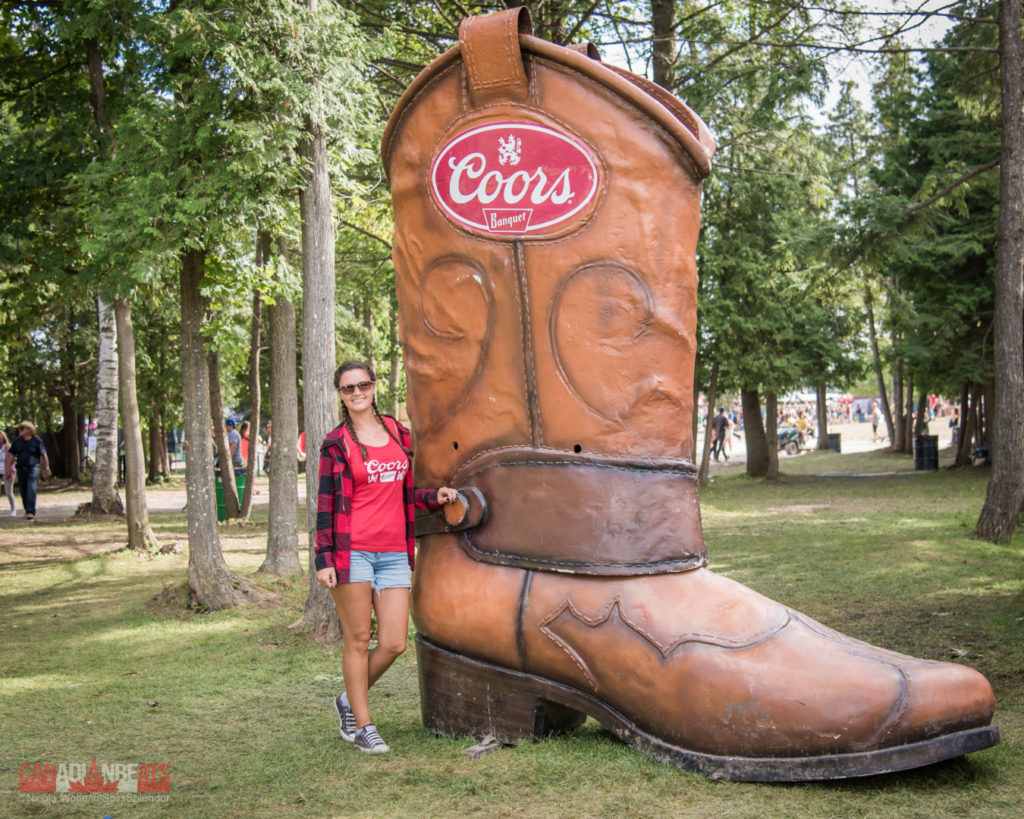 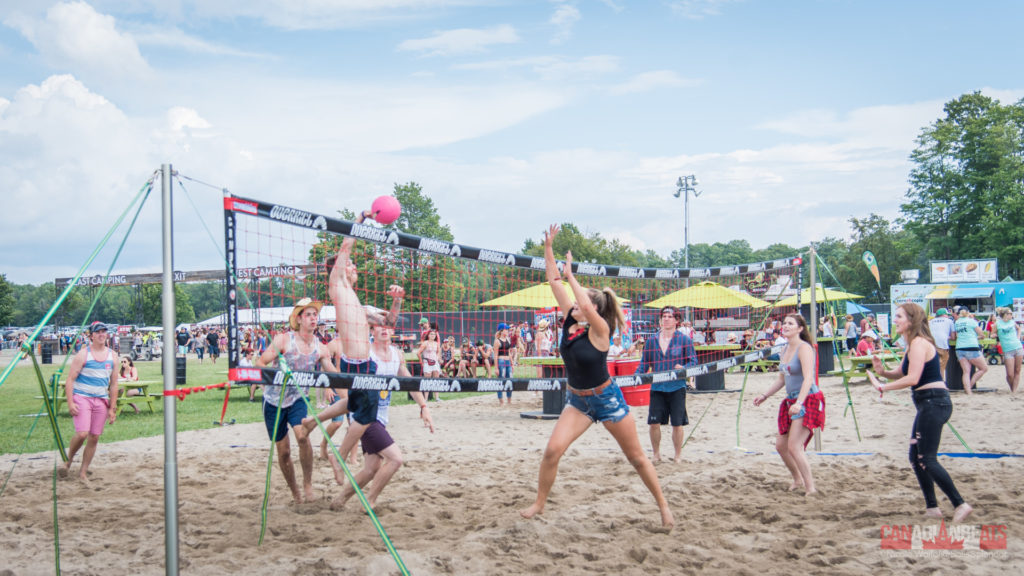 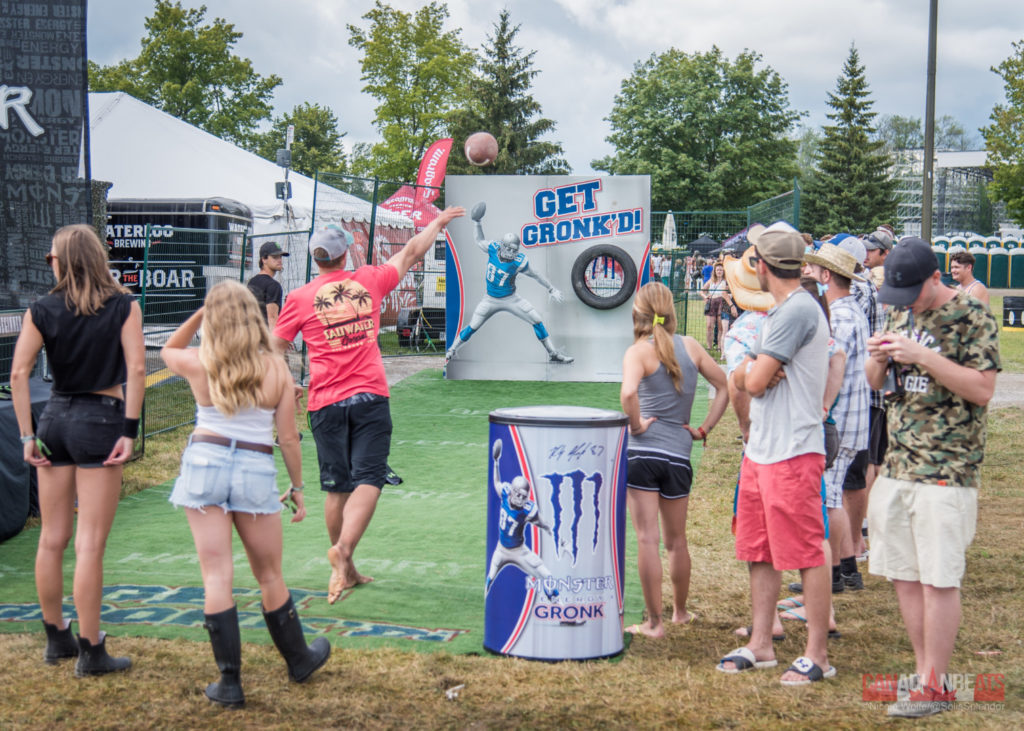 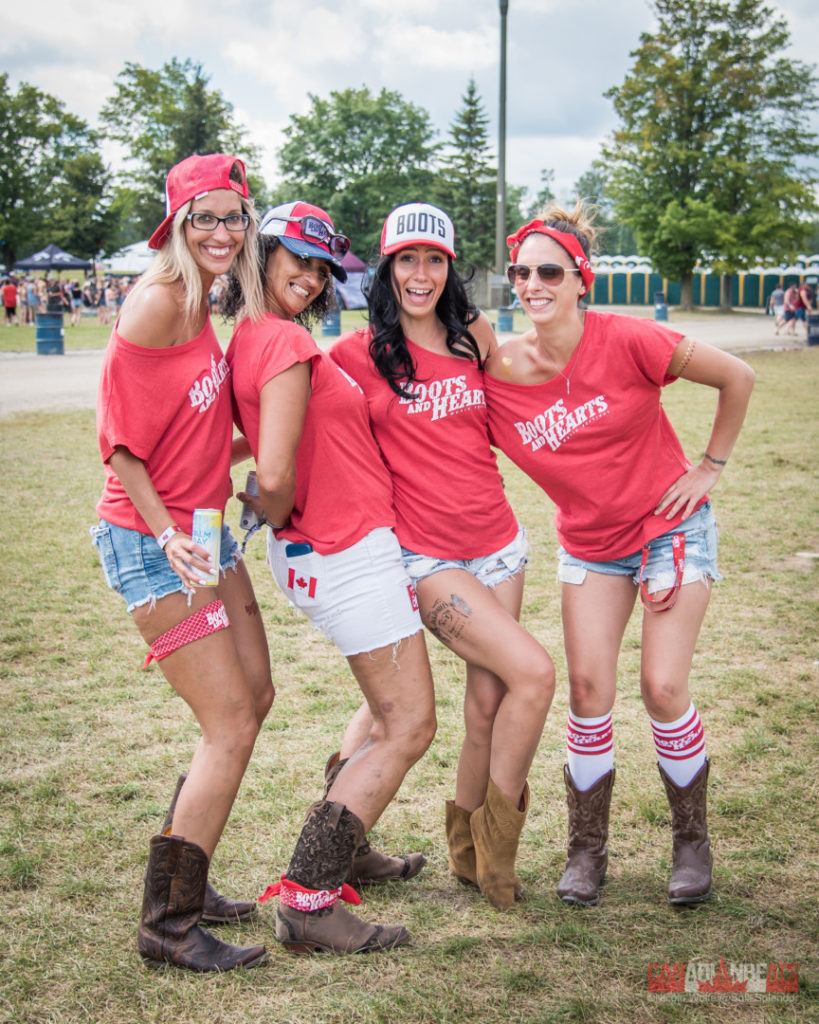