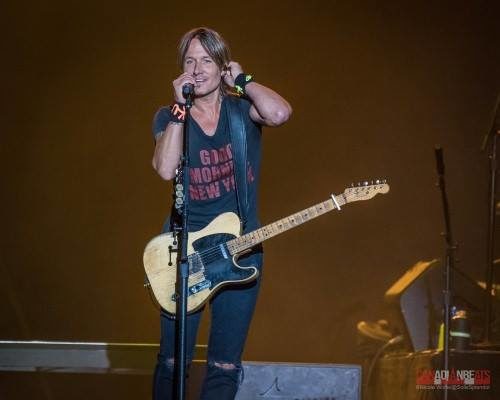 You know the term, “when it rains, it pours”? Well it did all that and more on Day two of four at this year’s Boots and Hearts. While the day started off muggy with some sun, Mother Nature chose to send in some showers throughout the day and a thunderstorm to end the night with a bang. And while this caused a temporary evacuation of the event grounds due to safety concerns, that didn’t stop thousands of fans returning when we were given the go ahead to check out the final acts of the night.

Even despite the rain, the artists were out in full force giving us all they had. I always say the best part of a music festival is coming out as a new fan to someone you never listened to before. I can confidently say I am definitely a new fan to a few of the artists who performed throughout the day yesterday.

While I have heard of their name before, I’d never heard of their music until yesterday. This duo, who hails from Alberta, was a great pick to kick off the main stage roster for the day. Their undeniable energy and chemistry were spotted from the get-go and they kept it up throughout their entire set. Annika Odegard has such a unique and beautiful voice and it gave me great pleasure listening to her perform. Annika, along with her co-singer/songwriter (and best friend!) Bryton Udy, are definitely going to be making waves in the coming months and years. 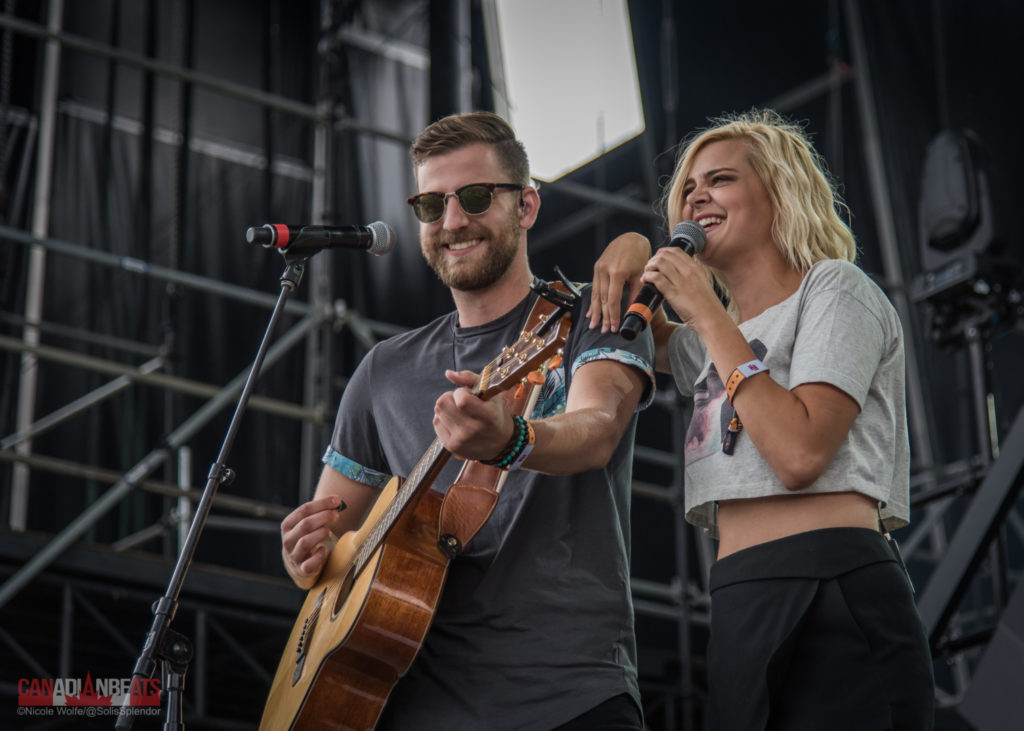 Anyone reading this who was a kid in the 90s knew who these brothers were. And while they may have been well-known in the past for their time in The Moffatts, they continued onwards and upwards to make a name for themselves as Endless Summer. It was almost an instant like when they started to play their new music that they’d been working on for months. It was great to see them on the country circuit and it seemed almost natural to them. I loved the words they sang and the meaning that was behind each song. 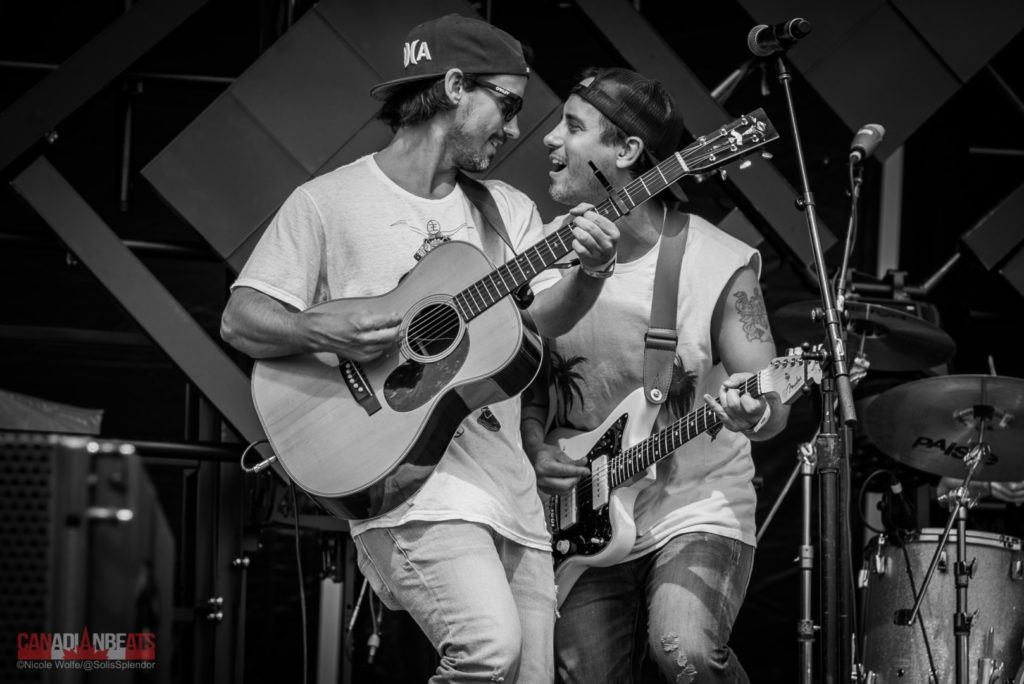 This girl was one artist I did know anything about coming into her set mid-afternoon, but boy were we in for a surprise. Brooke had to have had the best female voice I have heard in quite a while. She had a sexy raspy voice that just resonated with the entire crowd. She knew how to rock out and it showed throughout her performance. She was definitely a great surprise and I look forward to hearing more of her music in the future! 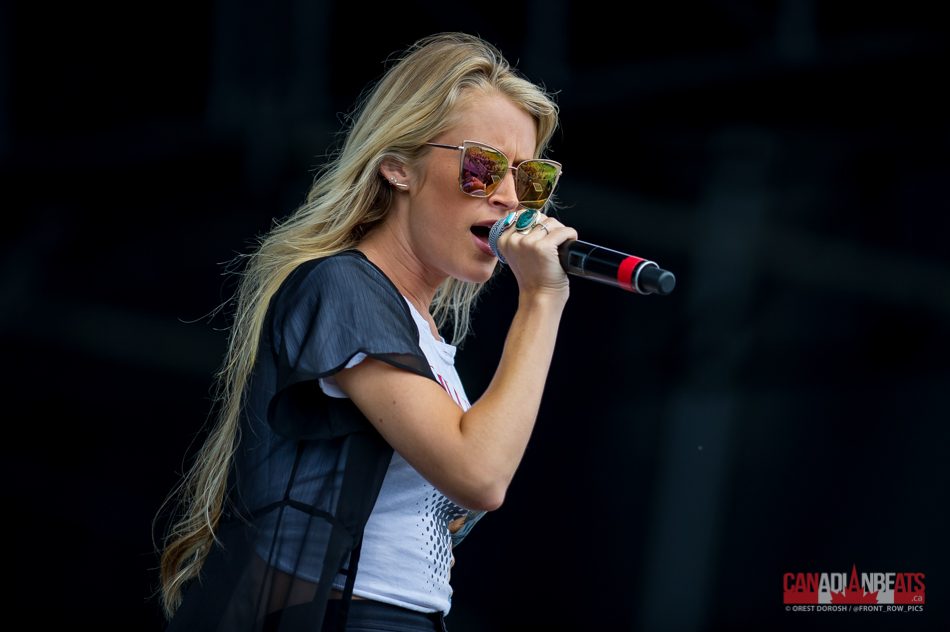 If Elvis were born in today’s world, I imagine him to be just like Frankie Ballard. This guy had the hilly billy rock down to an art. From the sultry and mysterious gaze, the touchable locks and the leather jacket, Frankie played the part and played it well. Mixing it up with his own music and the king himself, Ballard rocked the crowd – and apparently Mother Nature. That didn’t stop him though as he gave us a solid set that had everyone dancing on their feet.

Somewhere between the time Frankie Ballard had finished his set and the set-up for Dan and Shay, the weather Gods decided that enough was enough. The park had to be temporarily evacuated due to a strong and possibly damaging band of storms that was rolling through. 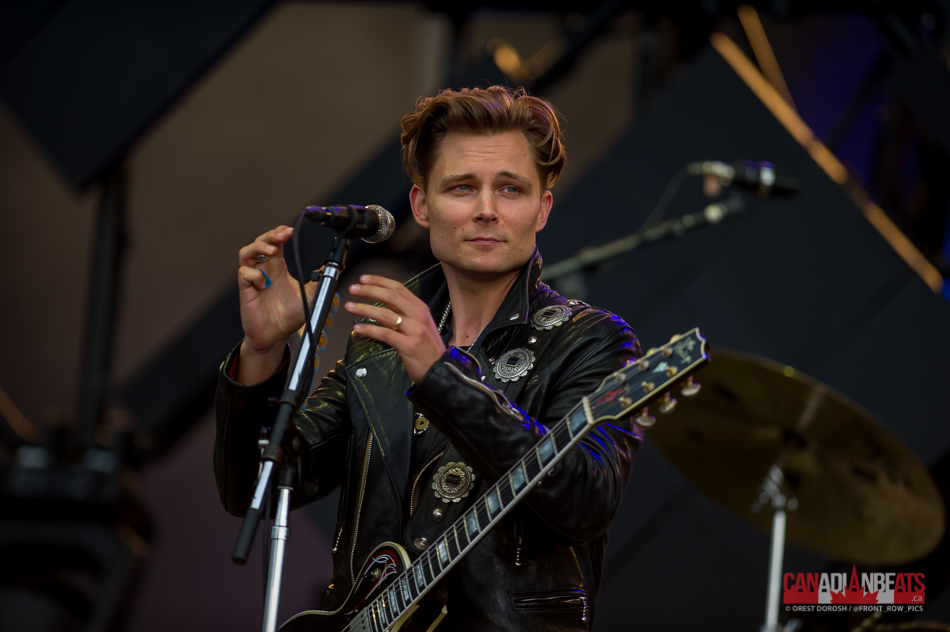 Alas, the show must go on. Despite the almost two hour delay, Keith Urban was determined to perform for the thousands of eager fans who had waited all day to see him play for the massive crowd. And when he finally hit the stage, it was worth every single moment endured throughout the day with the unsettled weather. Playing hit after hit after hit, he jammed the most amount of music as he could in the timeframe they had given him. I think the best part was he joined the fans when it started to rain again instead of staying under the safe (and dry) confines of the stage. Keith Urban plays for his fans and not the money and you can tell he puts his heart and soul into every show he does. This’ll be my eighth time seeing him live and it never gets old. Keith Urban put on one hell of a show. 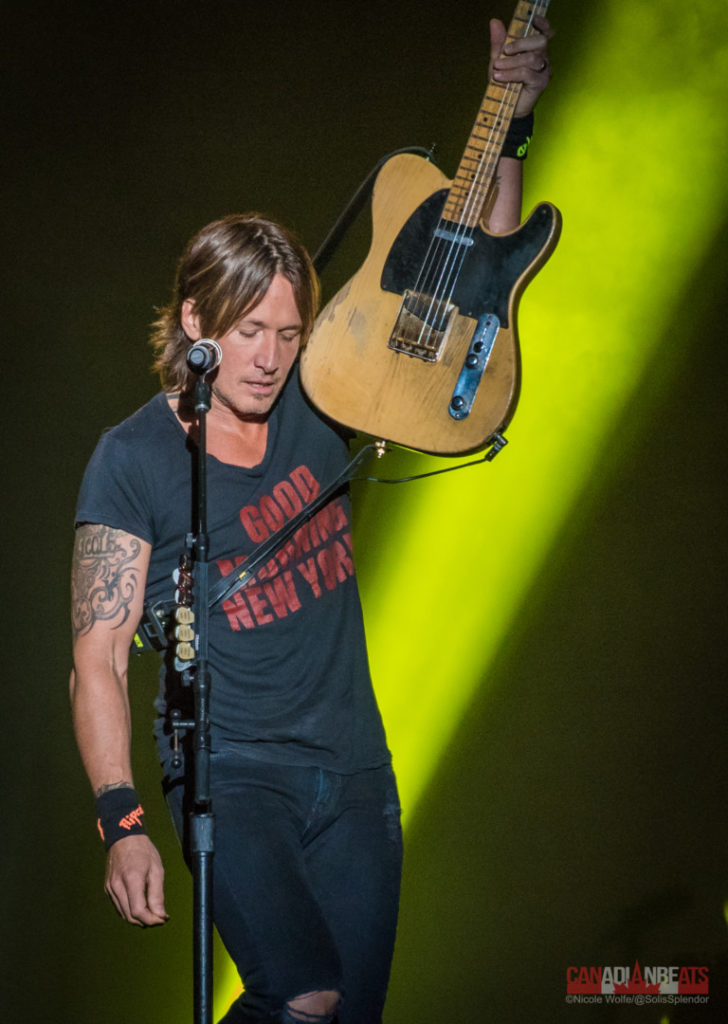 These guys were probably my most anticipated show of the night and I was severely disappointed when the weather made other plans and cancelled their set on the main stage. So when I heard they were going to be playing on the Front Porch stage after Keith Urban’s set, I was thrilled. To watch these guys go from a smaller crowd at Boots and Hearts a few years back to opening for Keith Urban (well – originally), it gives me great pride to see how much they’ve accomplished. They are a talented duo and while the rain may have dampened their set, it didn’t dampen their day. A big kudos goes out to them for pleasing their fans and performing despite the odds. I can’t wait to see them again. 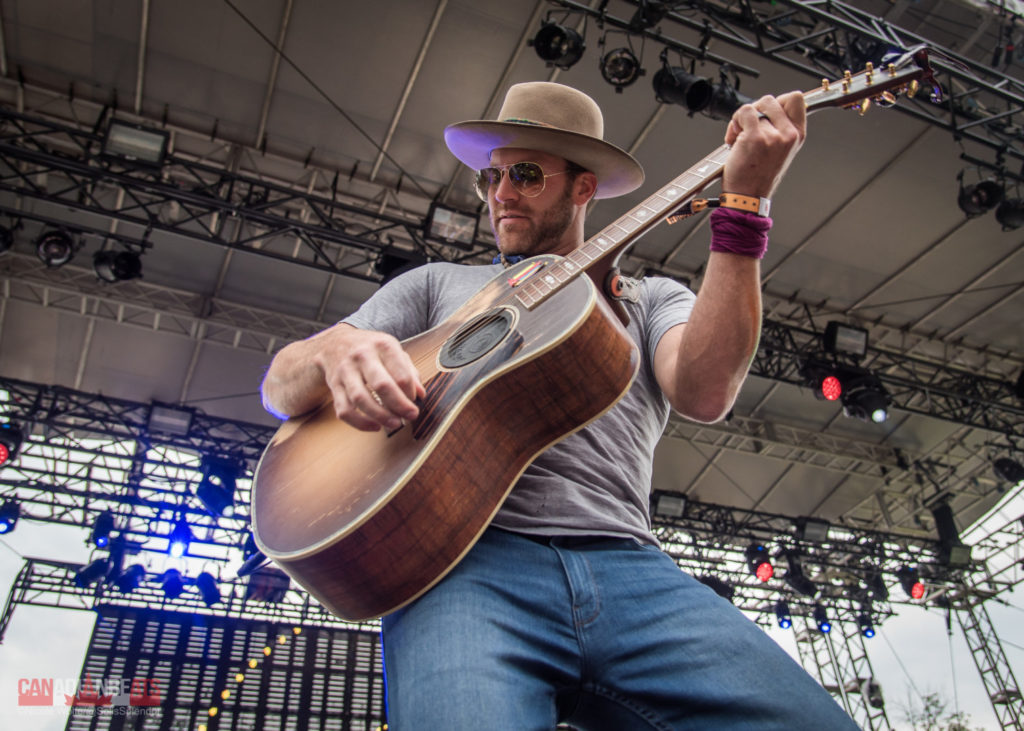 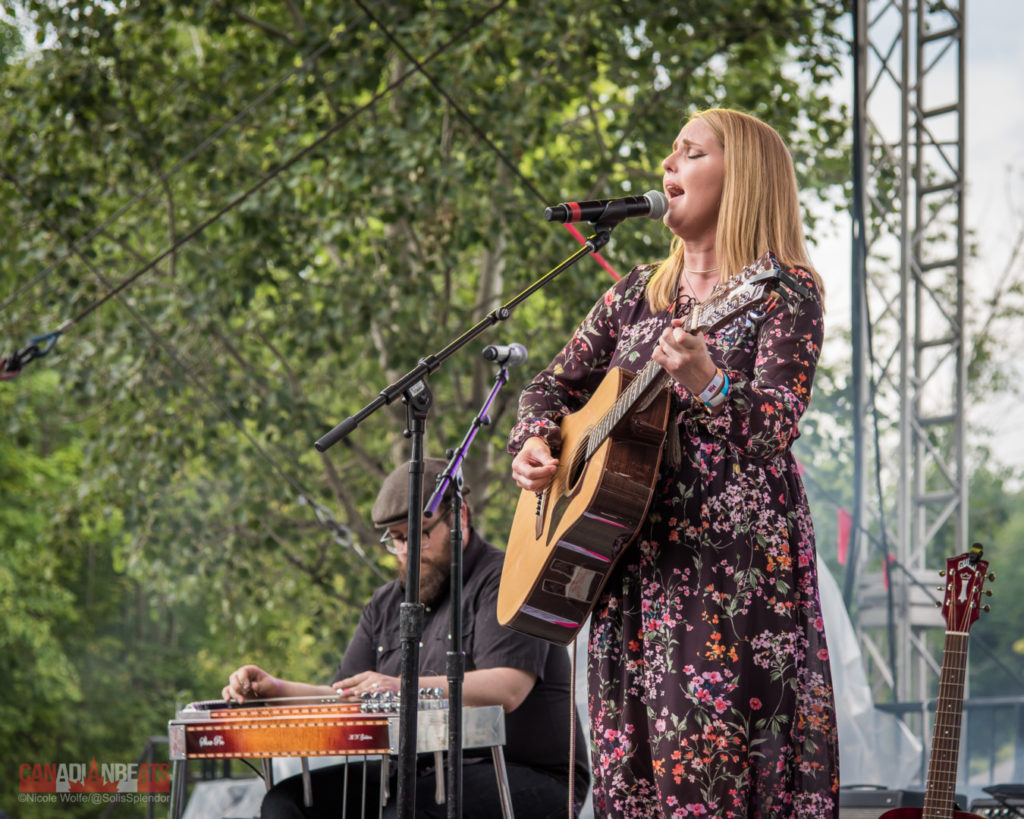 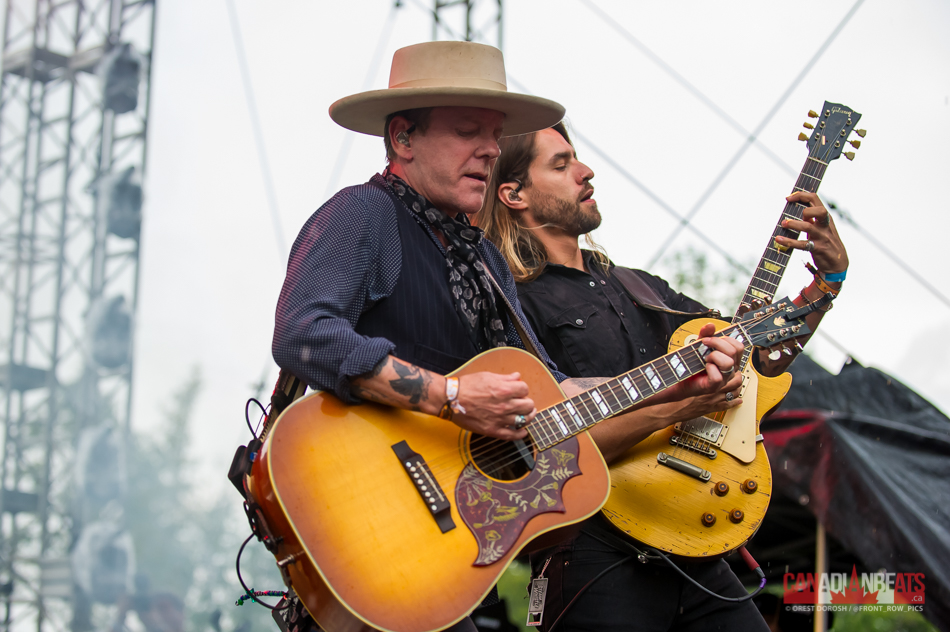 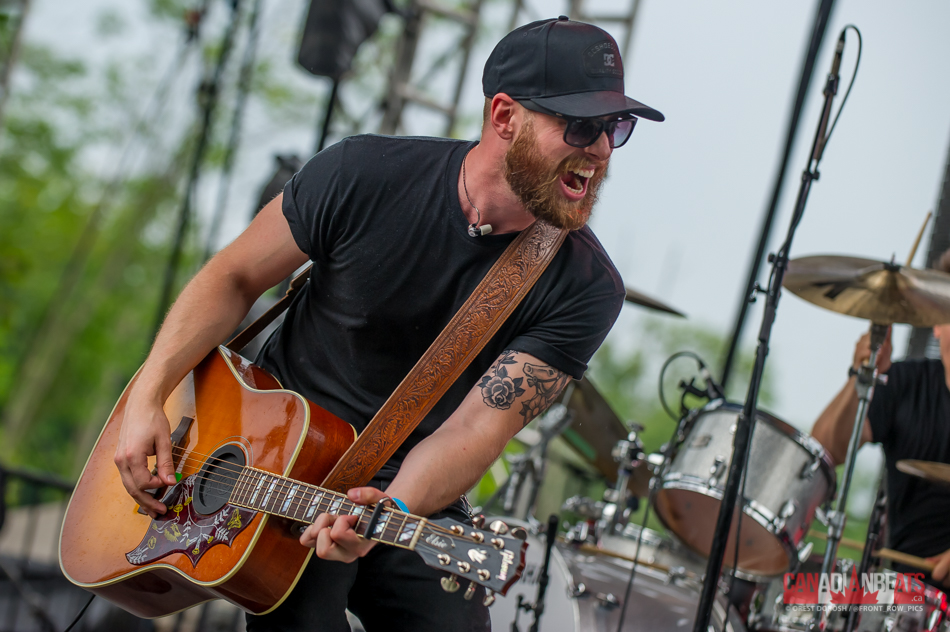 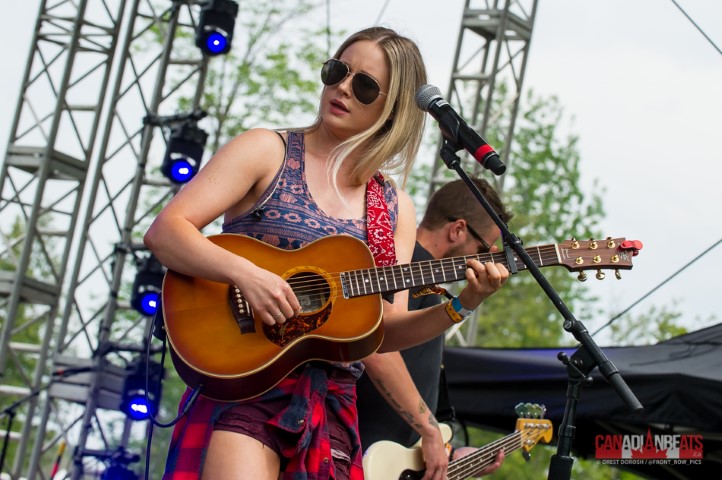