By Shayla Obrigewitsch on August 9, 2017

The Saskatoon Ex kicked off to a strong start last night with nearly 2 hours of Johnny Reid. This was the first of five nights of Grandstand performers, all free with admission! Despite the pouring rain, thunderstorms and funnel cloud warnings in the afternoon, many people still came out to see Johnny Reid perform when the clouds cleared up, and a large line was forming by 6:00 for his show at 8:30. Country music artist Johnny Reid is a multiple Juno and CCMA award winner with ten studio albums under his belt. His last four albums since 2009 have peaked at at least number 3 on Canadian music charts.

Reid came onto the stage with a 10-piece band and in a bright green jacket, which he later told the story of how he got it – it was on sale in Germany in an adult store’s window, and he had to get it for “Rider Green” for the Saskatchewan Roughriders. At the end of the show, he took the jacket off and handed it to a fan! “A Woman Like You” was performed three times – once by Reid, then twice more with varying members of the band singing it. He also treated the crowd to new songs from his upcoming album this October, such as “Whiskey Kisses.”

He was very interactive with the crowd – telling stories, as well as waving and smiling at everyone, and personally handing out drum sticks at the end to specific fans. He pointed out how he could see “the woman in the white jacket” way in the back, and sees everyone in the crowd because he has 20/20 vision. At the end of one song, he jumped off stage and went along ground level, and climbed the steps all the way to the top of the grandstand, making his way across to the other side – stopping for hugs and selfies the whole way before returning back to the stage and commenting on the crowds “experienced hands.” The show finished with “Darlin’,” and Johnny and his band came back out for an encore and performed a cover of “Everytime I Roll the Dice” by Delbert Mcclinton

Johnny Reid certainly got the crowd all “fired up” last night, and showed his appreciation to the fans! There are still four nights of great music this week at The Saskatoon Ex with Alessia Cara taking the stage tonight, then The Strumbellas, Blue Rodeo and Big Sugar! It’s only $16 for admission to the park, and you’ll have over an hour and a half of great entertainment, as well as everything else the park has to offer! 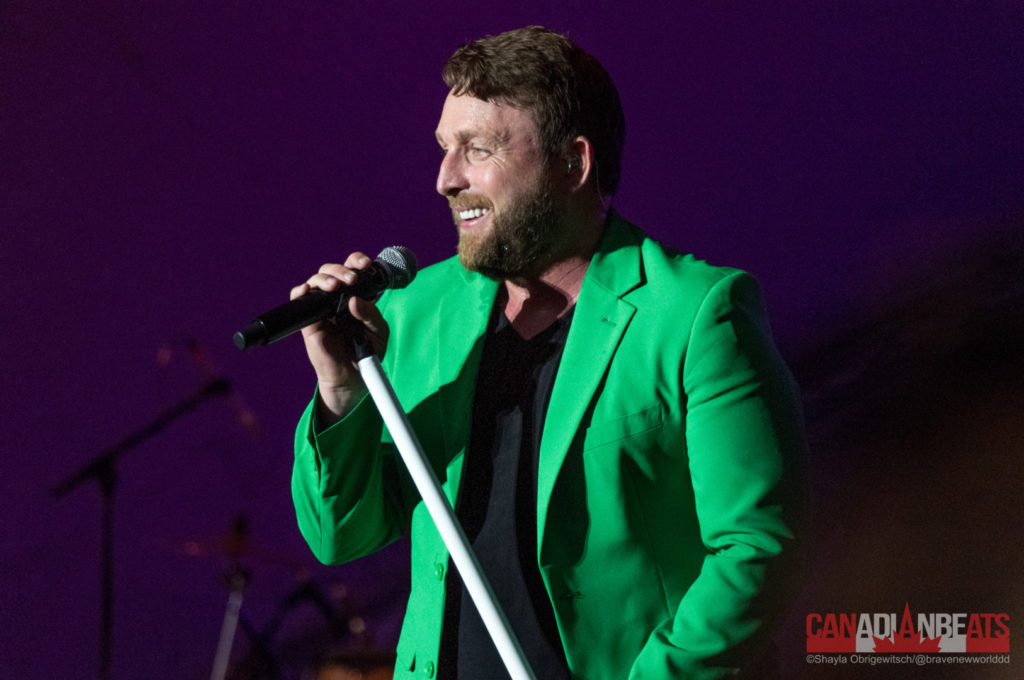 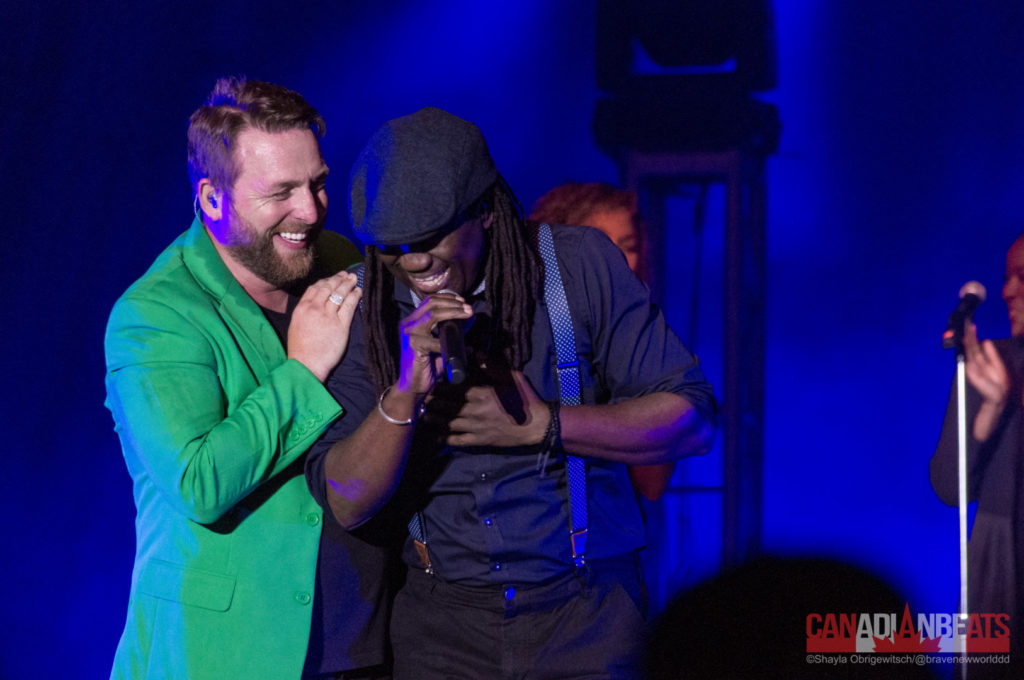 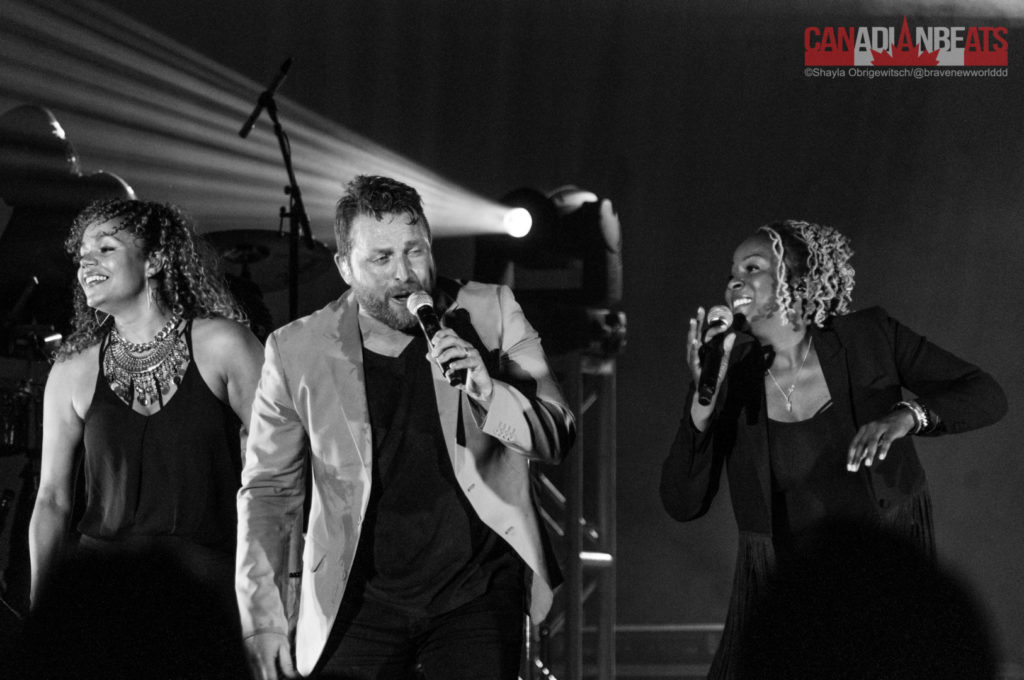 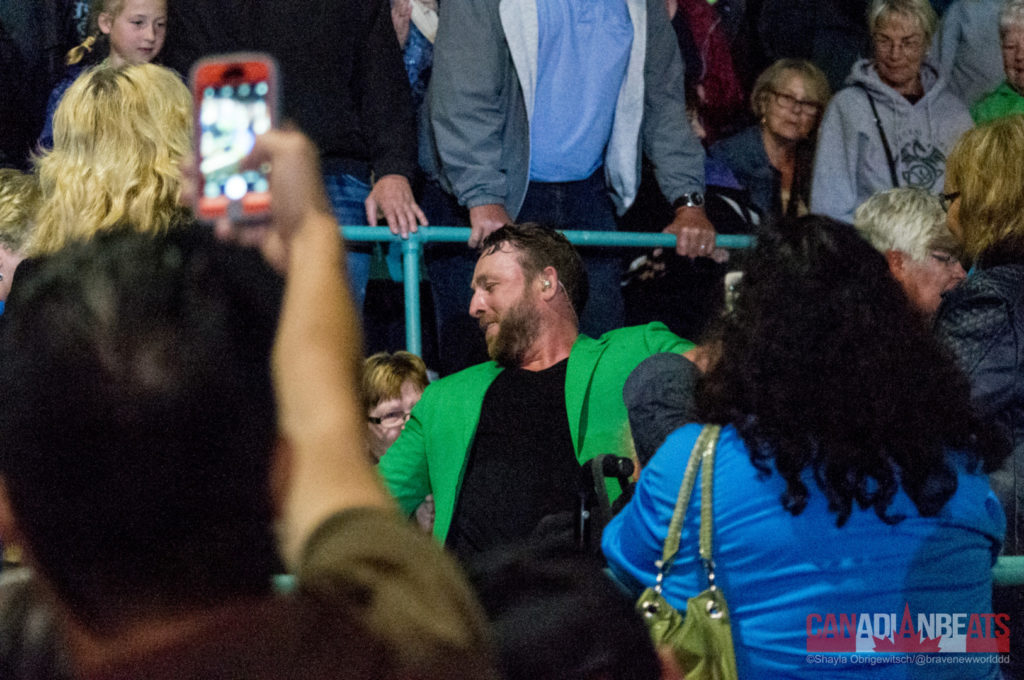 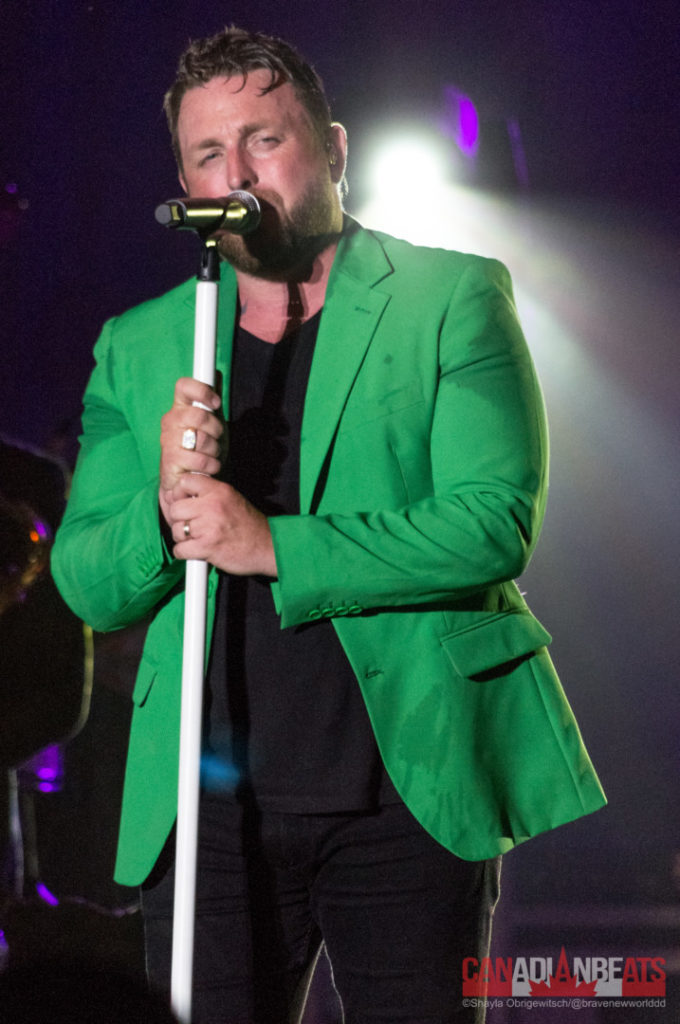 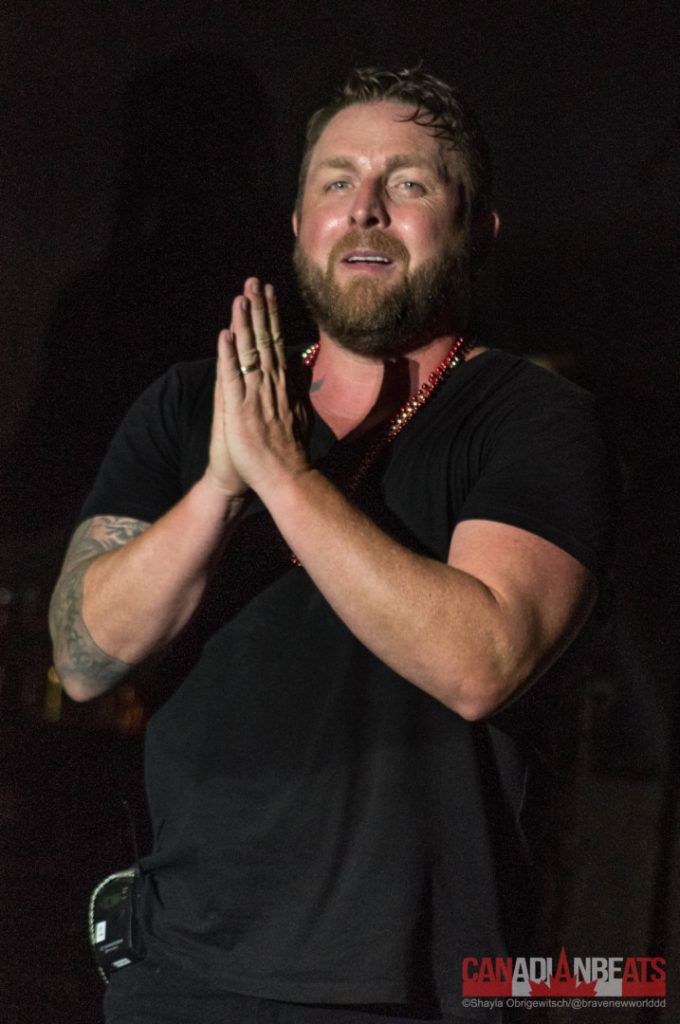 For more photos from The Saskatoon Ex as the days go by, check our Facebook page!