By Matthew Coyte on August 9, 2017@https://twitter.com/MatthewCoyte16 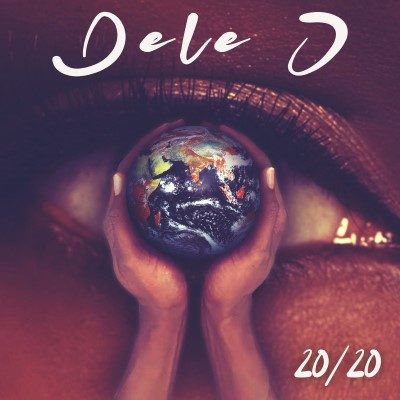 20/20 is the third project from Winnipeg rapper, singer, songwriter, Dele O, and shows him blending together layered and interesting beats with an energetic, emotional, flow. After the success of his last album “Prodigal Son”, which amassed over 450 thousand streams on Spotify, the 90’s R & B influenced artist continues to improve musically. With the single off the record, “Mashed Potatoes”, Dele O offers what is arguably his best song yet. The droned out chorus, rapid fire verses, combined with Dele’s excellent songwriting makes the track extremely effective of being the gateway into an album that is filled with the themes of love, passion, and clarity. The feel-good vibe is a refreshing break from the negative, brooding, nature of modern hip-hop.

This is where Dele O truly thrives. The cloth that is hip-hop culture is stitched together by artists who refuse to show the emotion, but Dele proves that showing that emotion and vulnerability is can lead to some fun music.

That being said, this album is not without its issues. While no one track stands out as being bad, there is one that is quite easy to skip over without losing anything from the record. The song “Animal” featuring Calgary singer Madison Boxa falls into the category of simply being boring. The back and forward nature between the two artists that is supposed to come across as sexy and lustful, just comes off as disingenuous. But even in what is the album’s worst track, there are still moments where Dele’s talent shines through. Once again, the production is top notch, and Boxa’s vocals are still pleasant enough.

Luckily, this is the only slip up on Dele O’s defining record. The rest of the six song album is filled with great hip-hop, R&B tracks. “Coming Home” featuring Phareke, succeeds in all the ways that “Animal” does not. The old-school flow utilized by both artists, mixed with some modern hip-hop elements, like the Kanye inspired chorus, and the light, airy, drum line, blend nicely together.

Dele O’s “20/20”, all in all, is a success of class, production and of an artist who seems to be content to continue to push himself to create great music.