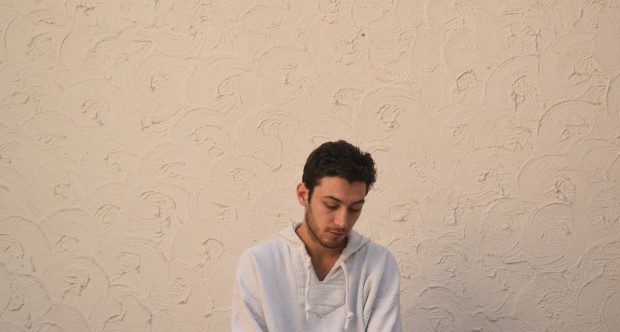 We had a chat with Ontario-based vocalist/ producer, Chris LaRocca recently for our newest segment of Five Questions With. Chris has just dropped a new single, “Wild”, which you can check out below. On top of this, he has also announced his debut EP, Voila which is set to be released on August 23.

Hello. my name is Chris. I sing and write music and do other less interesting things as well.

My music is kind of just a reflection of where I’m at mentally at a certain point in time. Sometime’s I’m feeling nostalgic, and I write nostalgic things to relive those moments. Sometime’s I feel anxious, and I write some weird shit to shed that feeling. I feel like all the music I’ve ever written is part of some journal where every song is just another entry, so when I look back at the whole I can make sense of the parts that built it. My writing style is kind of sporadic, because I kind of just wait to catch a certain feeling where it’s like “damn, I want other people to feel this too” and run with it. I like going crazy with melodies and filling in each syllable with the perfect words to get the feeling across. I think that’s my favourite part. It’s kind of like playing ad-libs or something. I also work with a very talented friend named Herag Sanbalian who really pushes the production for my music into some beautiful places, which just pushes me to think of newer things.

Early October I’ll be doing a sort of “hometown debut” in Toronto – my first performance in the city where I’m not supporting any other bigger act, which is exciting. I think my live performance has something for everyone; definitely some party moments, but also some deeper reflective ones as well.

I would suggest “Wild”. I have this crazy connection to that song because it’s kind of like a memento of a point in my life where I was really learning a lot about myself. When I listen back I feel like it’s one of the most honest and vulnerable recordings of me.

Dang there’s so many… I’m definitely a very big Daniel Caesar fan – I think he makes beautiful music and is real as it gets. I also put Charlotte Day Wilson in both those categories. Kaytranada is a big one as well, I still listen to 99.9% pretty frequently because there’s some crazy unique vibes in there that no one else is really touching on right now.

Related ItemsChris LaRoccaInterviewontarioOntario MusicVoilaWild
← Previous Story Interview with The Dirty Nil at WayHome Music & Arts Festival
Next Story → A Day in Bancroft with 2017 MusiCounts Teacher of the Year, Dianne Winmill