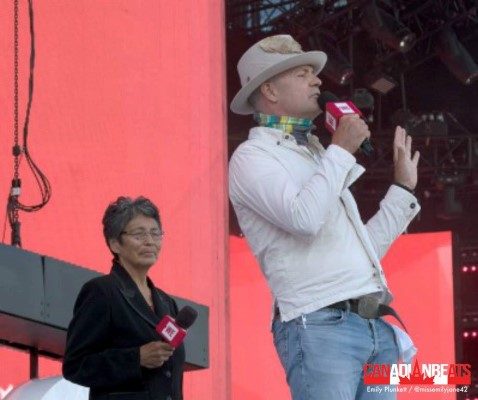 It’s one thing for an album to heighten your senses. You can put on any classic concept album and have your mind blown from the use of instrumentation, imagination or even by an especially poignant lyric. But Gord Downie’s landmark Secret Path is a welcome challenge for all your emotions.

Released as a multimedia project – an album, a graphic novel, and an animated movie – to be used as a bridge for Canadians to better understand the challenges indigenous people face, Secret Path tells the heartbreaking story of Chanie Wenjack.  Wenjack was only 12 when he passed away along the CN mainline trying, after running away from the Cecilia Jeffrey Indian Residential School in Kenora, ON, in hopes he would return to his family in Ogoki Post on the Marten Falls Reserve; some 600km northeast of the residential school.

The album is a haunting look at the impact residential schools had on a young boy, and explored the factors leading to Wenjack’s decision to run away. Equally impactful is the effort Downie and his collaborators have placed into insuring the story continues to be told; even providing assistance to schools across the country wishing to adapt the material into their curriculums.

Will hard lessons taught by Gord Downie’s Secret Path be honoured with the Polaris Music Prize?  Check back on September 18 to find out!