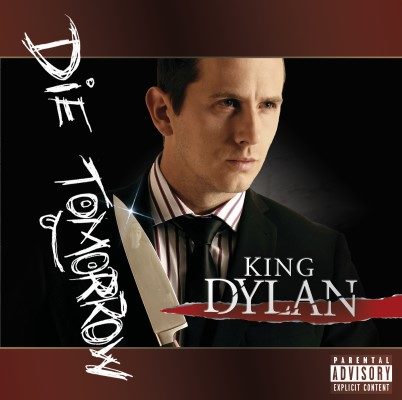 King Dylan has made a huge impact on the hip-hop community both locally in Calgary and on a more national basis. With his newest release Die Tomorrow which was released on May 6th. The album strays away a bit from his last release, and brings a bit more range of faster and slower songs.

“Untouchable” is one of the more notable tracks, and is also a track that had been worked on the most as it includes a stop-motion lego video directed and filmed by himself. The video can be seen here. The video was nominated for various awards though one of the softer melodies on the record, it definitely shows that Dylan loves and is committed to what he does in every aspect. As well that he is able to diversify his sound and hit a larger audience.

Another personal favourite is “Earthquake”. Having a more electronic sound, Dylan’s vocals range from a hip-hop style to more of a pop style. The track itself brings a more diverse sound to album and will keep you dancing for the remainder of the album.

Mellowing out the album there are also tracks such as “Another Saturday Night” which includes an acoustic aspect with a few keyboards thrown in. I found my mood jumping from angry to happy to sad and this track was no different. Hitting a more romantic feeling, it definitely reflects back on old romances and friendships.

If you want a diverse hip-hop artist and range of subject manner check out King Dylan!