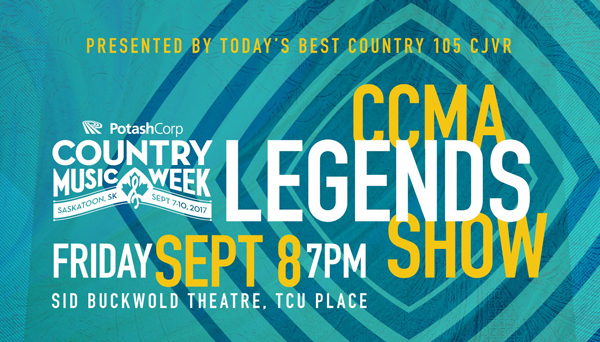 This once-in-a-lifetime show pays tribute to Canadian country hits of the past and present by pairing some of Canada’s most cherished country artists, including Canadian Country Music Hall of Fame inductees, with rising and current hit-makers in the industry. The star-studded 2017 CCMA Legends Show, taking place on Friday, September 8, 2017, 7:00 p.m. CT, at Saskatoon’s Sid Buckwold Theatre, will be hosted by Brett Kissel and Today’s Best Country 105 CJVR.