The Serenity of Summer tour made a stop at Budweiser Stage in Toronto this week, featuring the heavy metal anthems of Korn and Roadrunner recording group mates, Stone Sour, for the only Canadian stop on the tour.  Both bands delivered an intensely raw set of songs which drove the fans into a state of fevered excitement.  The thick summer night air and ample head banging and crowd surfing provided the right ingredients for a stench that any metal-head eagerly connects to one hell of an epic concert! 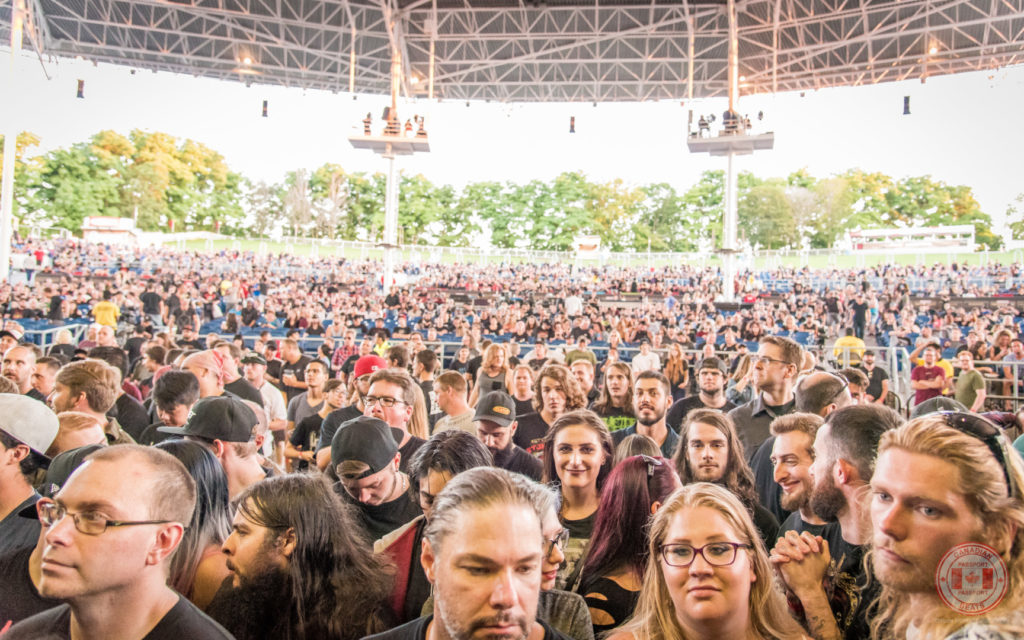 Stone Sour brought the mercury up with their ten-song set which included three songs from their latest album, Hydrograd, including the opening song, “Taipei Person/ Allah Tea”.  Lead singer Corey Taylor (also of Slipknot) then confessed to the crowd that he had tweaked his knee earlier in the day but it was not enough for him to cancel his performance!  The crowd responded, hungry for more music and they were rewarded!  At one point Taylor had to stop and chuckle as the crowd heckled him for his connections to a popular Canadian band.  He responded by spraying us with a giant confetti cannon!  Stone Sour ended their set with “Fabuless”, another new track from Hydrograd. 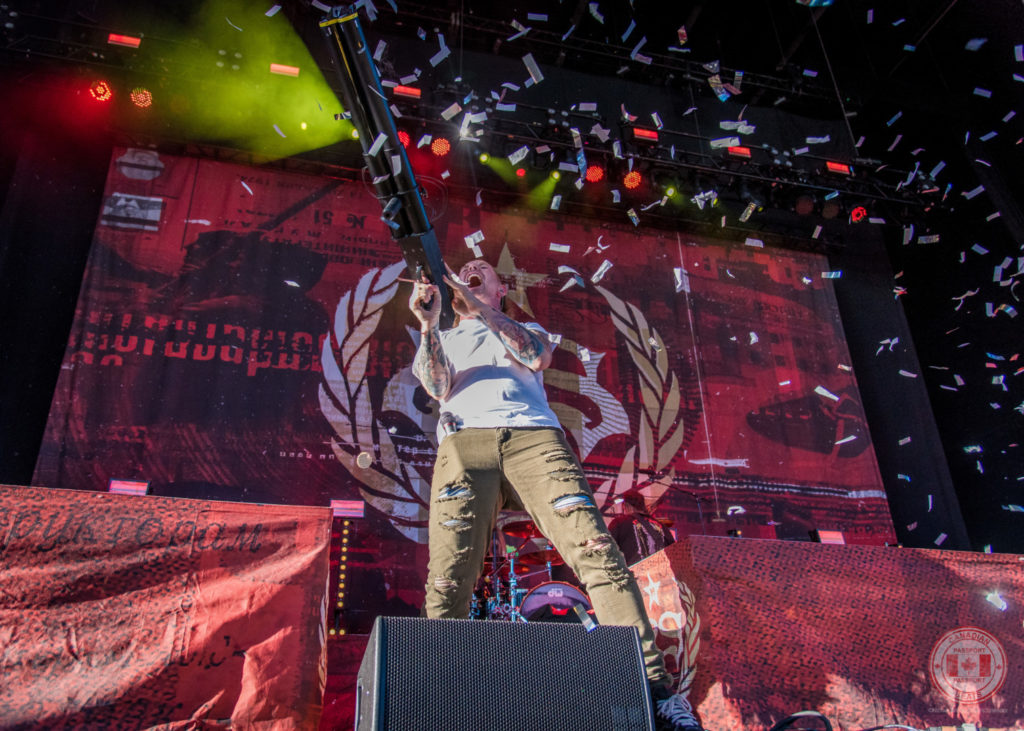 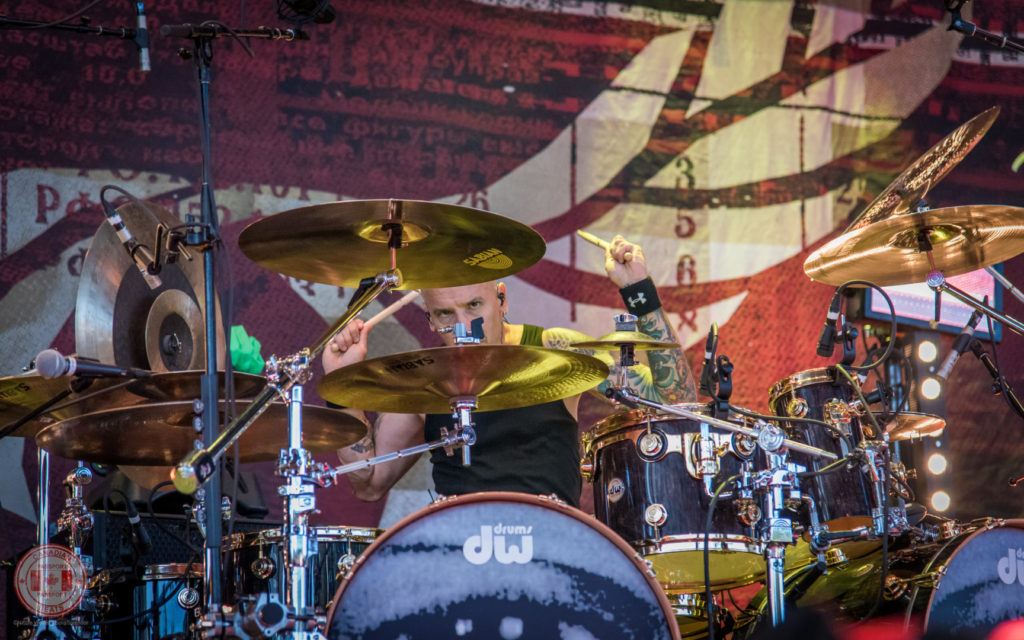 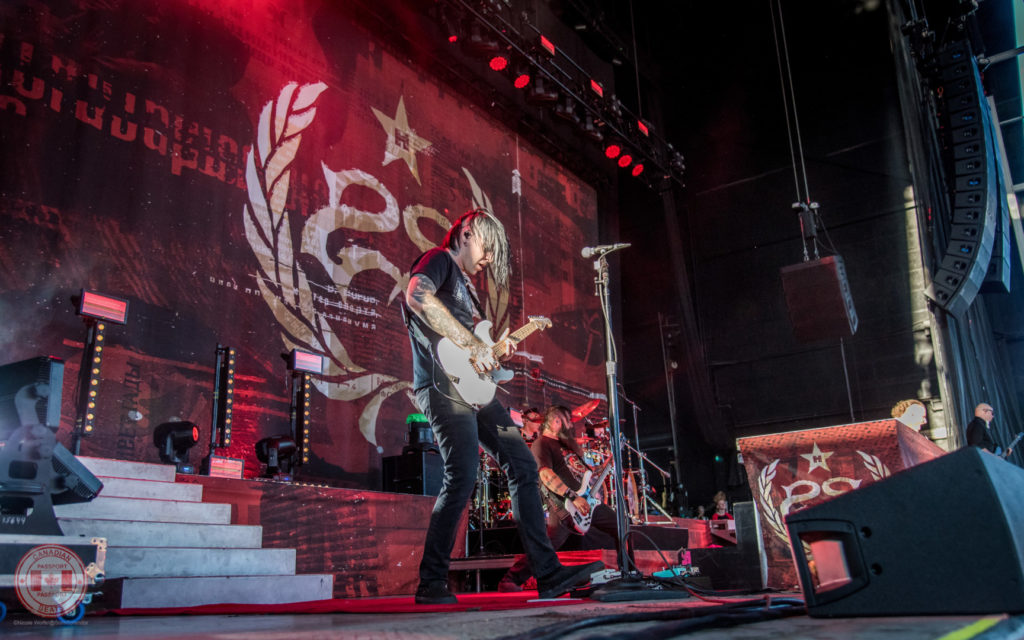 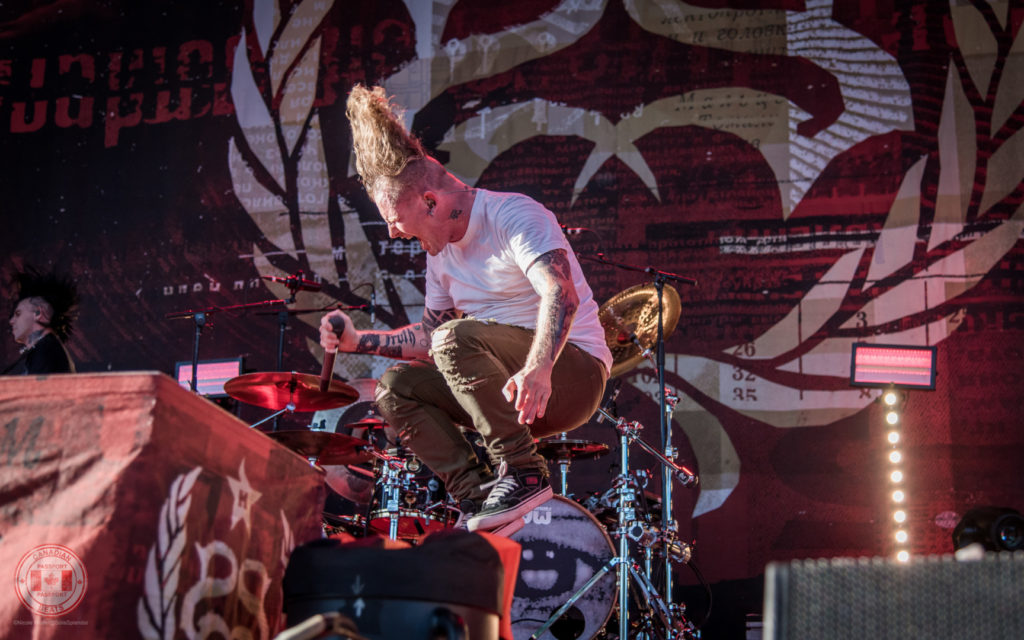 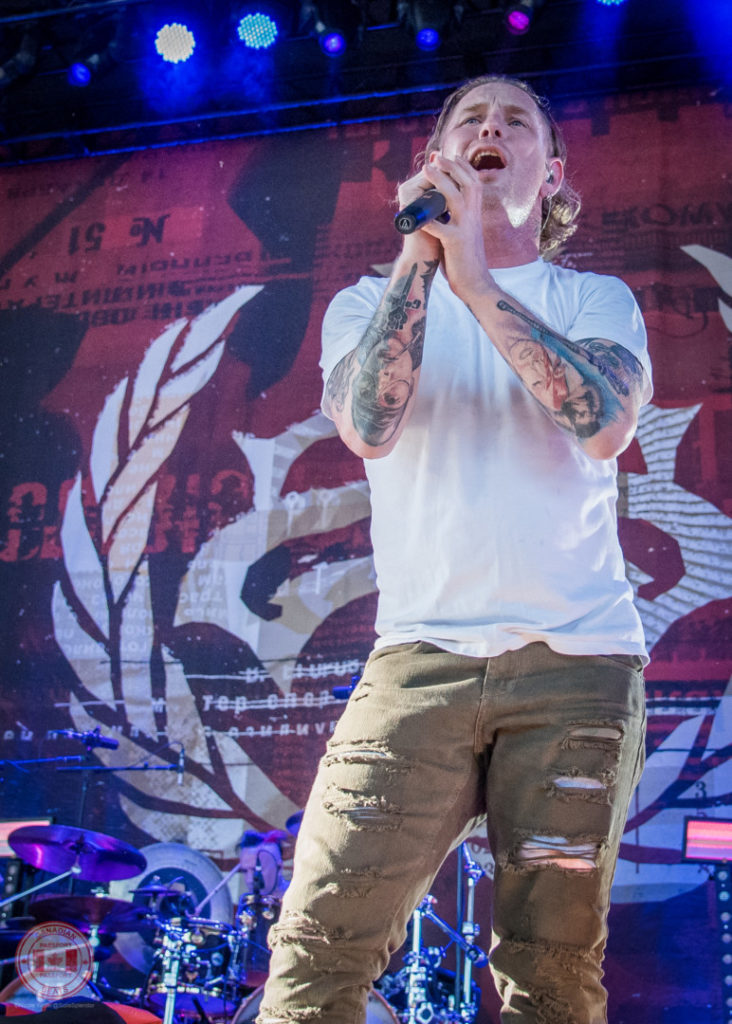 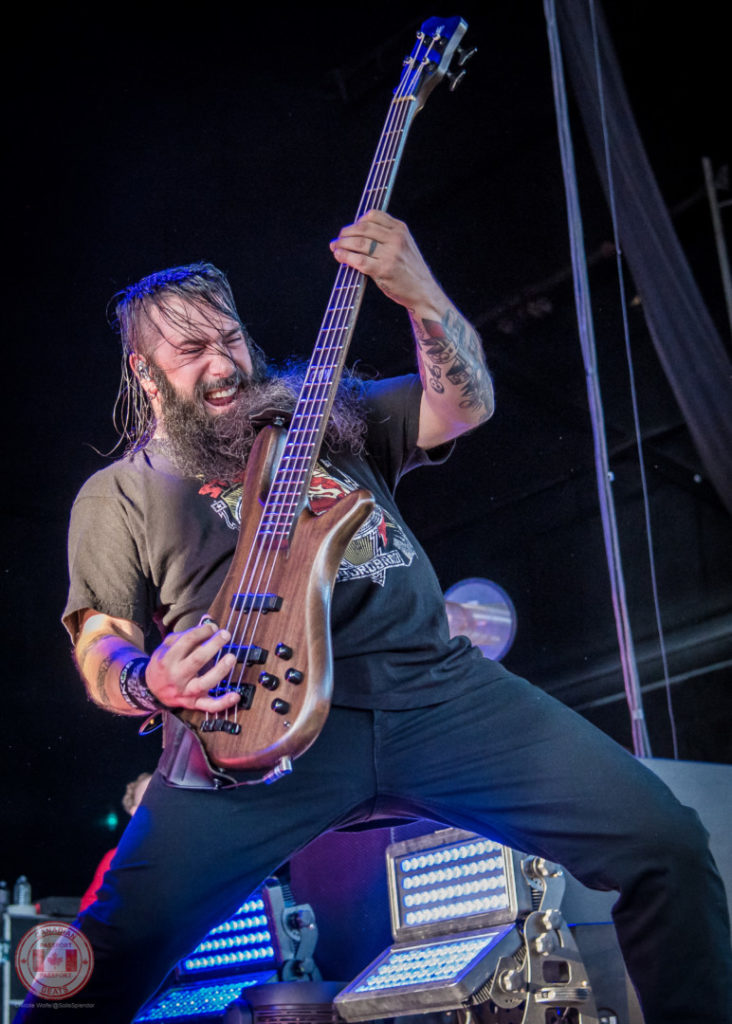 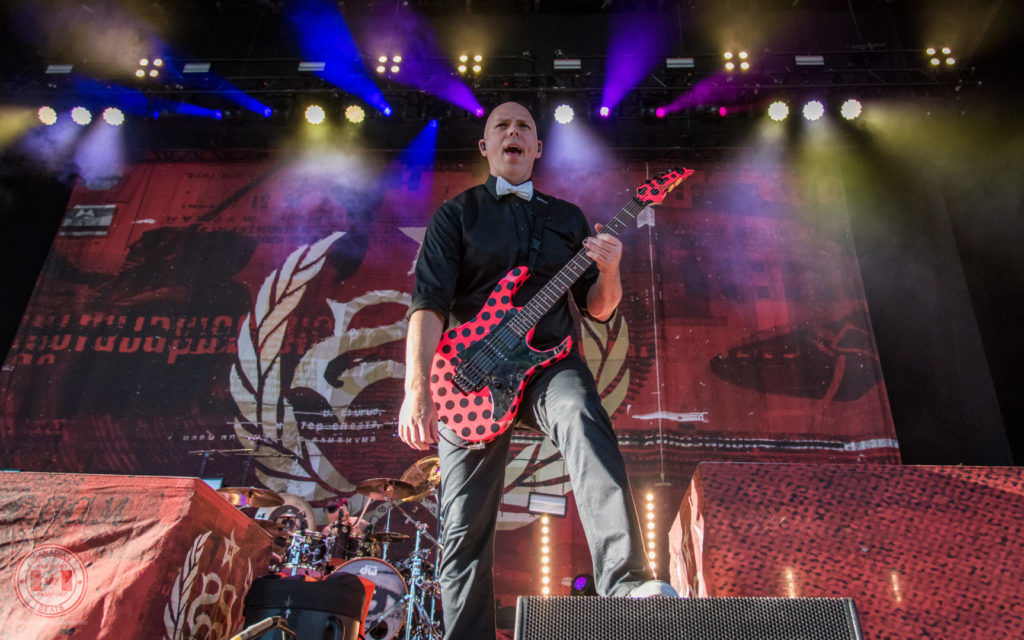 The momentum shifted during the set change-over as some chill funk music was played over the speakers for the crowd.  It was a well deserved break for the sweaty and tatted concert-goers who had already thrashed for a better part of an hour.  The amphitheatre then went dark as a count down from 10 brought the intensity right back up to its apex as Korn took to the stage.  Pounding drums, and punishing guitars paired with the flashing of strobe lights as a dense haze filled the space.  Lead singer, Jonathan Davis, hungrily stalked his prey as he moved stealthily to his one-of-a-kind mic stand.  His trademark throaty vocals filled the air and sent sweaty shivers down the spines of the crowd.  With adrenaline coursing through our bodies causing our hearts to pound, they rewarded us with “Rotting in Vain”, from their newest album, The Serenity of Suffering.

After the playing of “Black is the Soul”, also from their latest album, the lights went off.  Shortly after a lone Davis appeared playing the bagpipes, which then broke into “Shoots and Ladders”, a seductive moment guaranteed to still be haunting the memories of concert-goers.

It was of no surprise that Corey Taylor joined Korn on stage for the final song in the set, “A Different World”, as he is featured on the album track.  Korn then came back with a stunning four-song encore including the crowd favourite, “Freak on a Leash” to end the show. 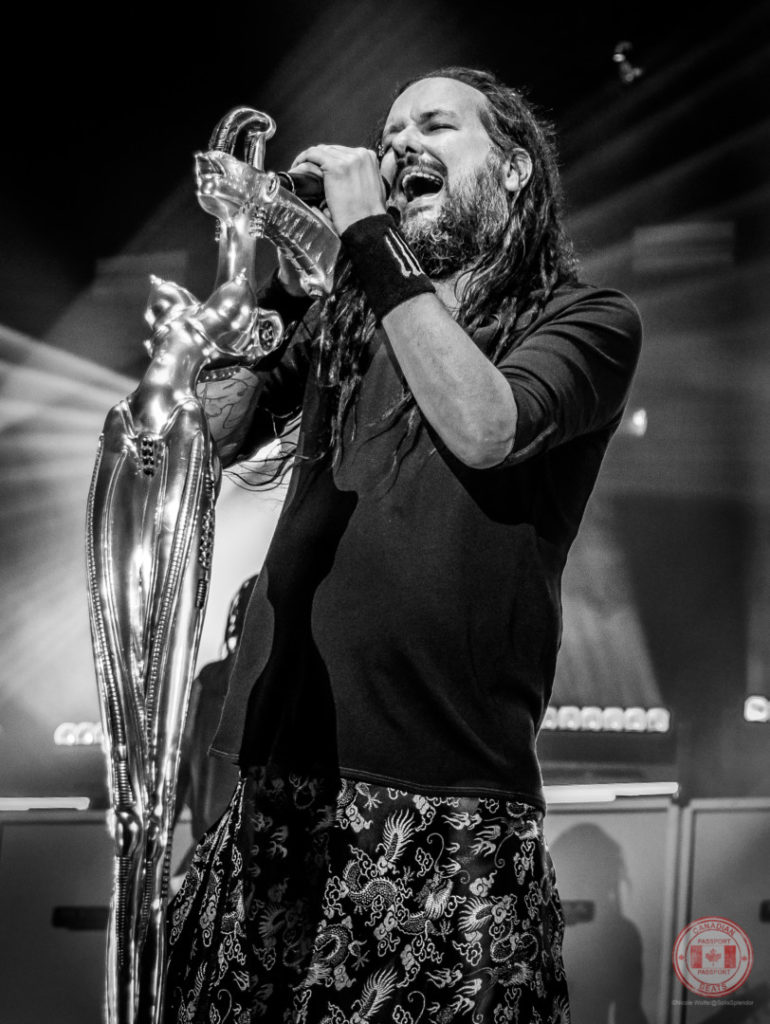 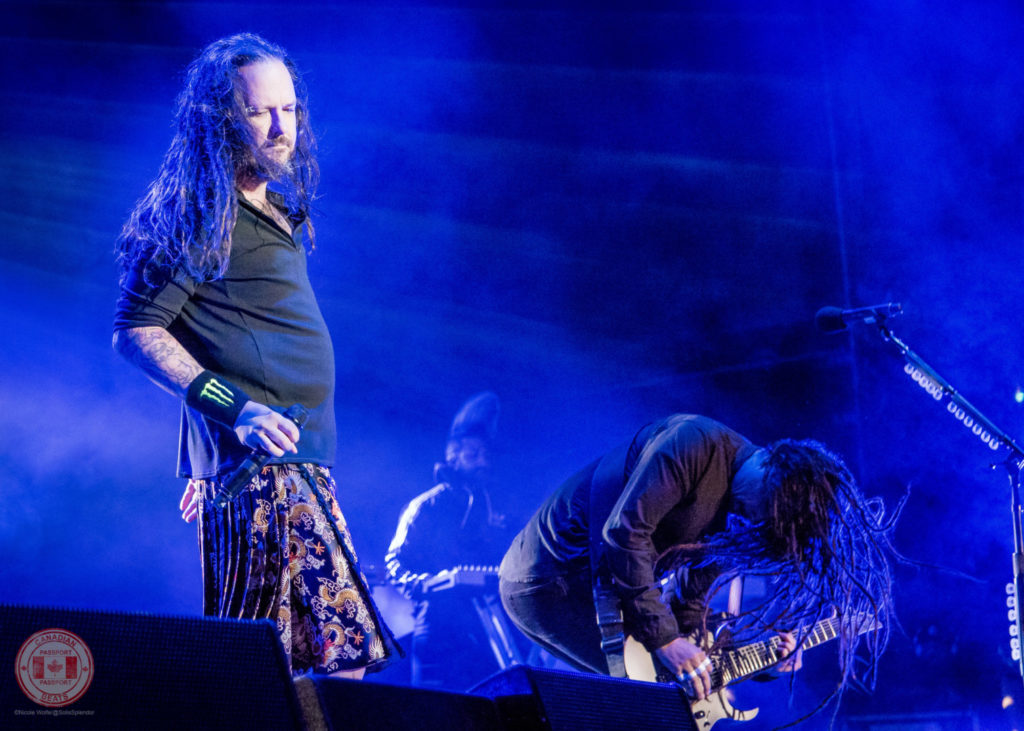 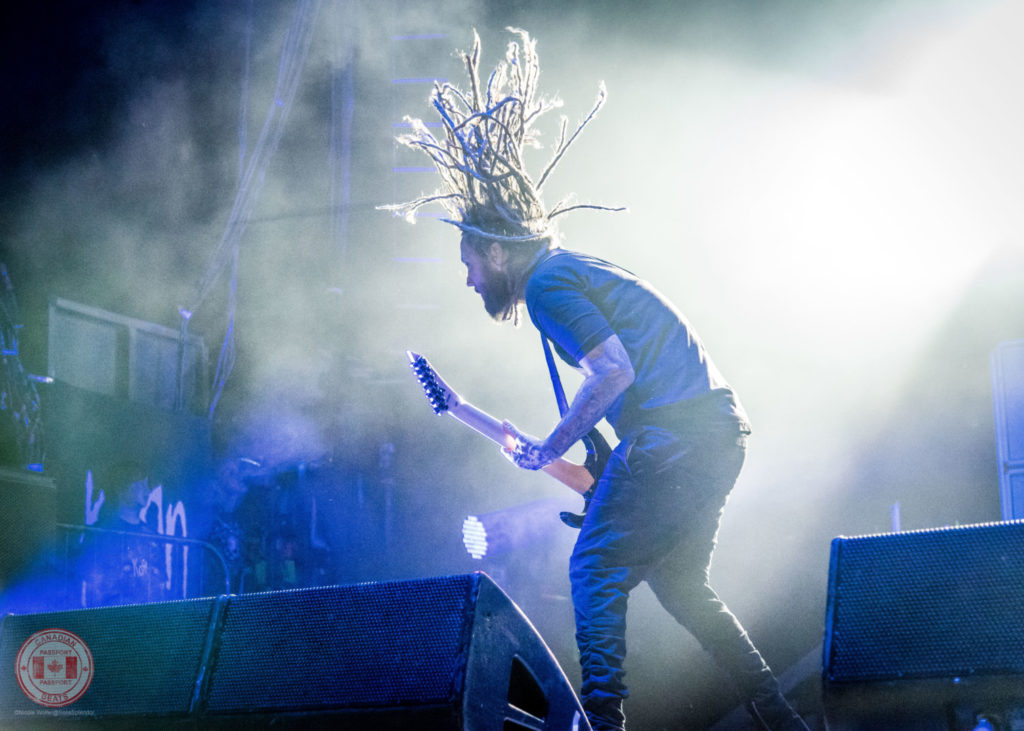 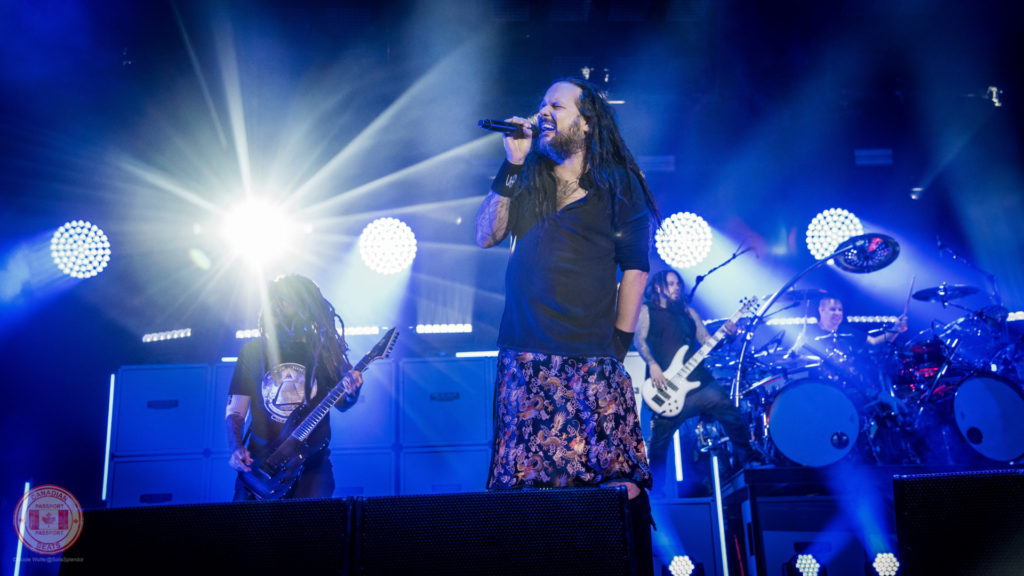 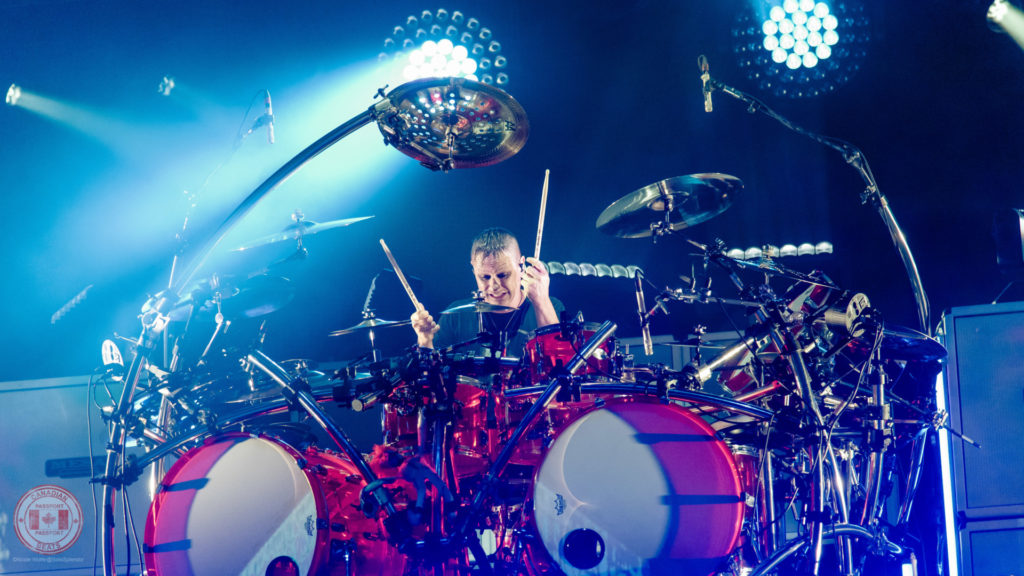 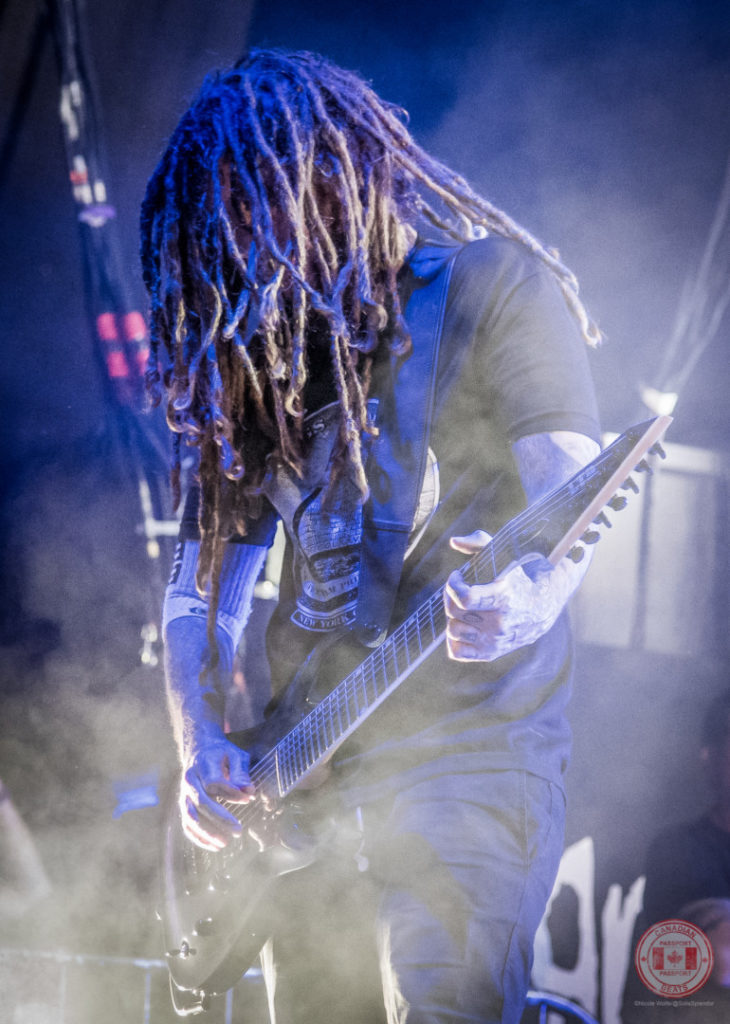 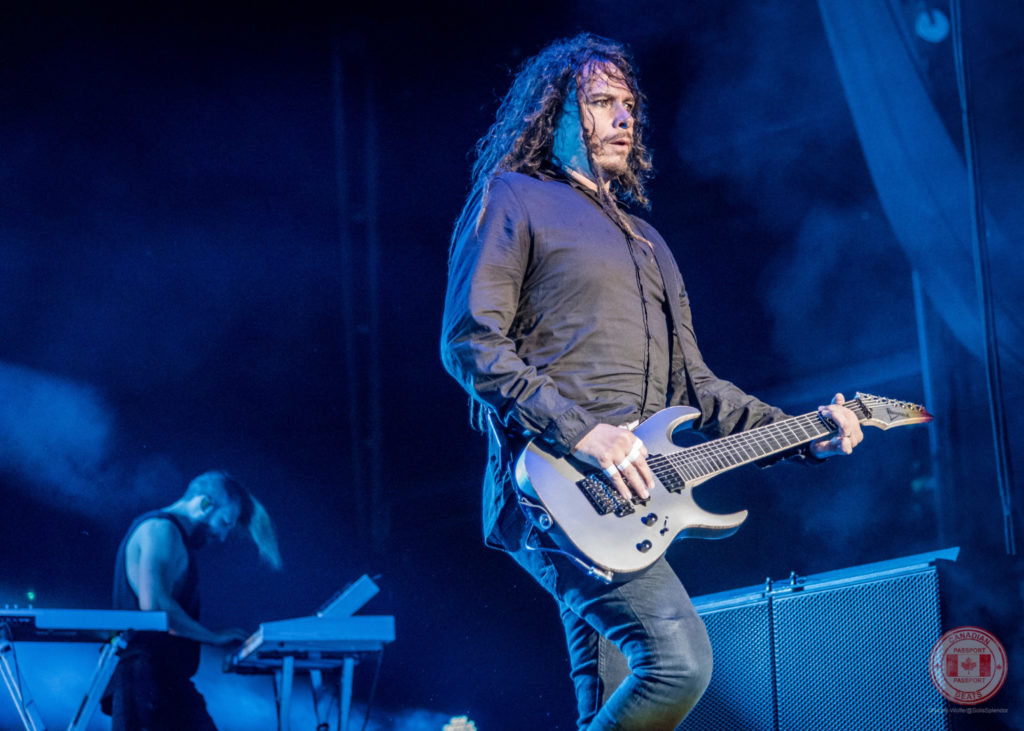 Head over to our Facebook page to check out all of the photos from this Canadian Beats Passport show!