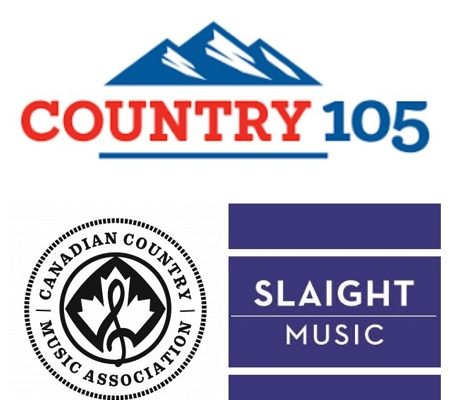 The Canadian Country Music Association® (CCMA®) Board of Directors are pleased to announce Calgary-based, heritage radio station Country 105 as the recipient of the 2017 Slaight Music Humanitarian Award, for their ongoing commitment and excellence in procuring the Country 105 Caring for Kids Radiothon.

Held annually in February, 2017 marked the fourteenth anniversary of the Country 105 Caring for Kids Radiothon, during which the station broadcasts live for three days at the Alberta Children’s Hospital in support of the hospital’s foundation. Yearly, over 70 families whose children have received life-changing and life-saving care from the Alberta Children’s Hospital share their stories as a way of saying thank you to their doctors, nurses and therapists. This year alone, $1.8 million was raised for the foundation – amid a recession-riddled province – bringing the overall radiothon funds raised to a total of more than $22.7 million.

Approximately 250 radiothons support children’s’ hospitals across Canada and the United States through the Children’s Miracle Network annually. Year after year, the Country 105 Caring for Kids Radiothon raises the most money – even in comparison to larger markets such as Los Angeles, Chicago and Toronto – clearly illustrating the importance of the hospital, its foundation and the radiothon in the community.

The Slaight Music Humanitarian Award distinguishes those who have made an outstanding contribution of time and energy in support of humanitarian causes.

“On behalf of the Canadian country music community, we are humbled by the commitment and compassion exemplified by the staff at Country 105. The Caring for Kids Radiothon happens every year not because the radio station has to do it, but because they want to do it; and for that, we applaud this worthy cause,” said Ted Ellis, Chair of the CCMA Board of Directors.

“I applaud everyone at Country 105 for all they have done for the Alberta Children’s Hospital over the past 14 years through their Caring for Kids Radiothon,” said Gary Slaight, President and CEO of Slaight Communications. “Our family understands the great importance of giving back to one’s community; Country 105 exemplifies this belief and are certainly deserving of the 2017 CCMA Slaight Music Humanitarian Award. Congratulations.”

“Country 105 is honoured to receive the Slaight Music Humanitarian Award during PotashCorp Country Music Week. After 14 years, the Caring for Kids Radiothon remains a bright spot in our year. While we provide the airwaves on which these heartwarming stories are told, it’s our listeners who rally around these kids and families – and it’s them who make Radiothon truly special,” shared Phil Kallsen, Program Director for Country 105. “We are proud to be able to use country music to help the Alberta Children’s Hospital and to be a part of the exceptionally caring and generous community in Southern Alberta.”