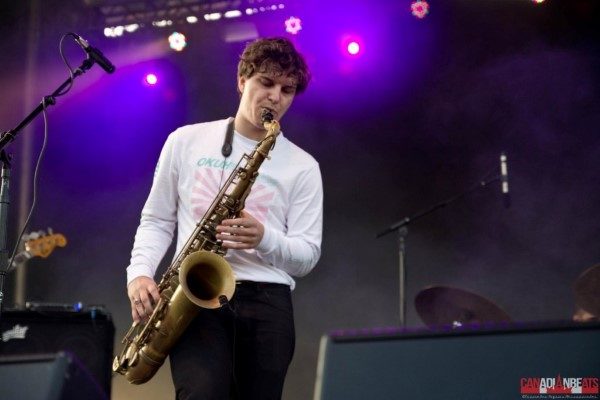 BadBadNotGood have a tendency to make everyone rethink what they know about jazz.

While IV stays true to BadBadNotGood’s traditional jazz mastery, the album also successfully taps into the urban and hip-hop influence the band has become world renowned and sought out for. The band brought in outside contributions by way of Toronto R&B artist, Charlotte Day Wilson, Future Islands singer Samuel Herring, and 2016 Polaris Music Prize winner Kaytranada.  In addition to past collaborations with Wu-Tang Clan member, Ghostface Killah; since releasing IV in July 2016, the band released the track “Lust” with Kendrick Lamar for his latest album Damn.

The Toronto trio combined their powers of high hip-hop credibility to present an album that is both satisfying for the jazz enthusiast and urban music aficionado. Hypnotic keyboards and saxophone send you into relaxation while hints of drum machine and electronic sampling bring you back to a sense of being present and in the moment. IV is perfect for a quiet Sunday, and for anyone looking to remind themselves of the versatility of jazz music.

In it’s 11 year history, the Polaris Prize has yet to be award to a primarily jazz record. Will BadBadNotGood break the mould? Find out on September 18 when the prize is awarded in Toronto!