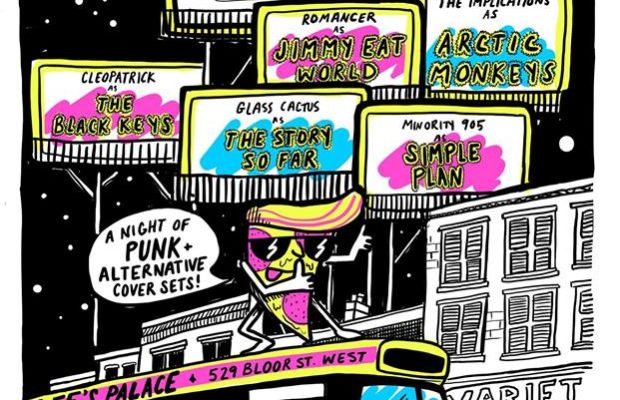 When Riot Fest and Vans Warped Tour both opted to skip Toronto a lot of punk and pop punk fans were feeling pretty left out. Rather than just bitch about it a couple of twenty something musicians, Martin Perez and Zach Richman decided to do something about it. That something is Stranded Fest.

Without the funding for big names you would see on the festival circuit the lads went with the next best option for a couple of broke band guys, they rounded up some local bands to play the part of the big names and the rest as they say is history. At a time when many promoters are struggling to fill venues and venues around the city are closing up shop Stranded Fest – the festival and the subsequent concert series it spawned – are packing rooms.

We have all had it rammed down our throats from industry that we need to “Support Local Music!”, to the point that it has started to feel like a bandwagon to many. For a thriving music industry though it really is crucial, after all all of those world famous, big name acts started out as a local band somewhere. Richman and Perez have taken that to heart with their shows packing their lineups with a slew of the best bands you haven’t heard of yet.

2017 sees the festival taking over Lee’s Palace once again on Saturday, August 5 (doors at 8pm) as 7 bands take on the daunting task of covering 7 legendary acts. Featuring PKEW PKEW PKEW as The Clash, Minority 905 as Simple Plan, The Implications as Arctic Monkeys and more it’s definitely going to be a night not to miss. Make sure you get your tickets now before they sell out!