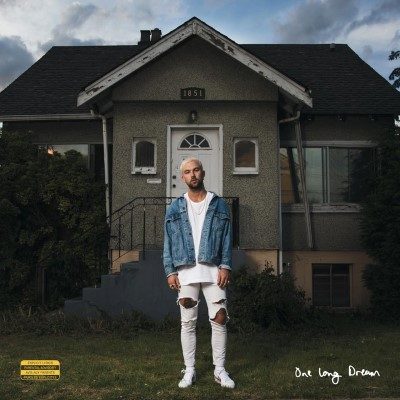 From Vernon, BC, Vancouver-based hip-hop artist SonReal is releasing his debut studio album on August 11th, titled One Long Dream. Also known as Aaron Hoffman, he has released a handful of albums before this however they have been mixtapes, EPs and not studio albums. One Long Dream is a follow up to his 2014 album release of One Long Day.

SonReal has released tons of new music already this year, including “Potential”, “So Far” and most recently “Problems” and “Supersize”. Hoffman stated that he has “put [his] life into this album,” and it’s bound to be a great one considering his previous releases and energy and care he puts into his music. Despite being known as a hip-hop artist, his songs seem to cover a variety of genres and none of them sound alike.

One Long Dream was finished up in April, and finishing touches were done early this month. The album is available for pre-order beginning on Friday July 28th. I definitely recommend that music fans jump on the SonReal train if they aren’t already, and pre-order it or purchase it on release date. SonReal is going to get better and bigger and deserves all the love for his music, as he gives to his fans. I can’t wait to hear it!