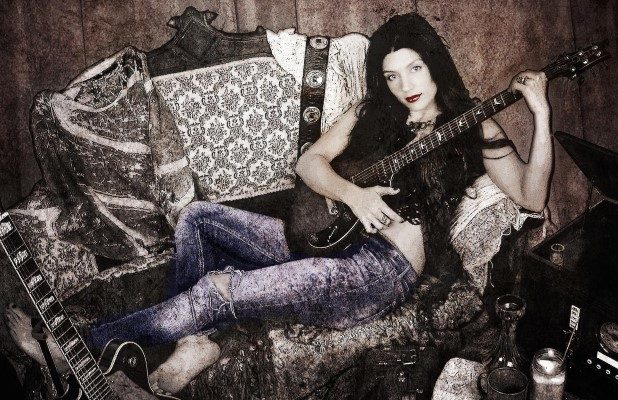 Larlee Creek Hullabaloo is known as the “little festival that could”, and it’s not hard to see why when you see the immense talent that it offers. Larlee Creek Hullabaloo takes place in Perth-Andover, NB and brings out the best of the best when it comes to East Coast talent! We are excited to team up with the festival to present you with a series of interviews that we conducted with some of the performers. To start things off, we chatted with Halifax based Christine Campbell, so be sure to read our interview below, and also take a few moments to check out her newest album, Rollercoaster which was released in April.

Larlee Creek Hullabaloo may be a “little” festival, but it’s jam packed with talent, what does it feel like to be involved in this particular festival?

I love Hullabaloo. I’ve played it before and I can’t wait to get back. In fact I played my longest jam ever there. 13 hours without repeating a song. I think it’s likely to continue to hold the record, for me anyhow. 🙂

Are there any specific artists/bands that you’re excited to see at Larlee Creek Hullabaloo?

There’s a lot of names on the roster I like. I think kitchen parties breed an amazing technical talent on the east coast which is something I really respect. I’m just looking forward to checking a bunch of the musicians I know, as well as the ones I don’t, to see what’s new on the scene.

christinecampbellmusic.com is the website where you can find all the deets. I’ve been part of many festivals this summer, like Kempt shore, Pei Jazz and Blues to name a couple. I guess the next ones to mention would be smokin’ bluesfest next weekend in Windsor, Blues D’la Baie in Bathurst, the Busker festival, Blacktop Ball, and Harvest Jazz and Blues after Hullabaloo.

If someone has yet to see you live, how would you describe your live show?

My live show varies from a solo acoustic and piano to a five piece electric. So it can really be a different experience depending on which type of show you’re attending but at the hullabaloo you’ll get to see the best of both worlds cause I’ll be playing in my acoustic duo, with my wingman Blake Johnston who is awesome just on his own and I’ll also be bringing the full band as well. It’s Bluesy rock for the most part but there’s some classical and new age influences in the mix as well and I like to entertain my own A.D.D while on stage so it’s varies in style.

I’ll go with my song “Exit Out” for now although my choices change all the time.

Here at Canadian Beats, we’re all about Canadian talent, who are some of your favourite Canadian bands/ artists?

Canada has so much talent.
The Tea Party, Big Sugar, April Wine, Classified, Matt Mays, The Stogies, Big Wreck, The Stanfields, Matt Andersen. There’s too many to name, and even more underground bands I can think of that I think we’ll be heavy hitters some day.

I’m still going through the release phase of my new album Roller Coaster. I’ve been touring the east coast. Next is Ontario and hopefully eventually world domination. But I think it’s always gonna be a one step at a time type thing, which is the best way to be in the end!