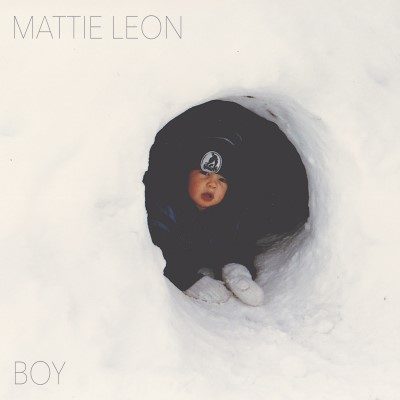 Toronto’s Mattie Leon‘s music is a mix between R&B, folk and pop. Mattie released his new single, “Boy” on July 20. The track is self produced and mixed by Toronto’s Josh Bowman. On top of release of “Boy”, Mattie is currently on tour with Hamilton ON’s The Redhill Valleys. You can find out more about the tour below in our newest segment of Five Questions With. Enjoy!

Hello readers! I’m Mattie Leon and I’m a singer/songwriter from Toronto. Born and raised in Brampton, I’ve been a solo artist since 2015 but have been writing, recording and playing shows since I was 18. My band consists of my handsome brother, Mike, on drums and my handsome friend, Nelson Sobral, on bass. They not only hold down the rhythm section for me but provide the eye candy for the audience as well.

Musically I bounce around between singer/songwriter, folk and R&B vibes and I’m heavily influenced by artists like The Band, Paul Simon, Lennon/McCartney, and Ryan Adams. My music is accessible and easy to listen to on the surface but underneath there is usually some pretty intricate musicianship going on. Lyrically I write about relationships (who doesn’t) but I’ve been pushing myself to write about some other subject matter as well lately. I released a song last year about Civil Rights Lawyer, Clifford Durr, called “Alabama” that I’m really proud of. Definitely a “The Band” vibe on that one.

I pretty much always write on piano and guitar so I tend to have a lot of variation in sound from track to track (for better or worse) but all of my songs are anchored by melody and my higher vocal register. I also do a lot of finger-picking on the old 6 string….gotta love the finger picking.

I produce and record all my records with Mike (a la McCartneys first solo album) as well. The writing process has been affected by that quite a bit…when you’re producing your own stuff there aren’t any time restraints so you can tinker with things, let them marinate, and not stress about it. It’s been so helpful.

I’m heading out on an East Coast tour with The Redhill Valleys (Hamilton) as I write this and we’ll be playing a bunch of cities on our way out and back:

I’ll be playing Barrie and Guelph as a trio, the dates out East as a duo with Mike on percussion, and the tour closer show at The Cameron House as a full band.

Those who have yet to catch us live can expect to hear nicely crafted songs with three part harmonies, me bouncing between guitar and keys and some above average stage banter (depending on how soundcheck goes). The majority of our tunes are upbeat and rhythmic but we’re not the kind of live band you’ll want to stumble into a bar at midnight to see.  After 9 drinks we’re not the right band for you. After 3 drinks, though, we might be a match made in heaven.

It would absolutely be my new single, ‘Boy’. It was released today (July 20) and I think it sounds great. Lyrically it’s the story of a father who is unable to see his song after a divorce and I’m really excited for the way it came out. It was masterfully  mixed by a good friend of mine, Josh Bowman.

Canadian music has so many great bands right now and I have so many talented friends in the music community doing things I admire so this question is bound to leave some people out. But for what I’ve been into as of late I’d say the songwriting of Skye Wallace, The Redhill Valleys, Wild Rivers, Peter Van Helvoort, and Jesse Daniel Smith just crushes me….they’re my favourites.