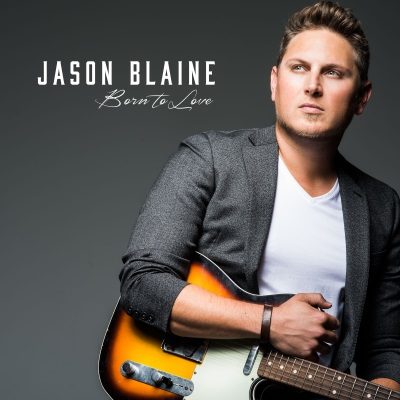 For those lucky enough to attend the 2017 Country Music Association of Ontario Awards, in London, this past June, Blaine debuted the song and received an enthusiastic response from the audience.

“Born To Love” marks a shift in Blaine’s sonic aesthetic, while still remaining true to his signature blend of earnest lyricism and core values. No stranger to the world of Canadian country music, Blaine has an impressive track record with multiple Top 10 singles including the Top 5 hit “Country Side” and the 2012 Canadian Country Music Association Single of the Year “They Don’t Make ‘Em Like That Anymore”. The latter was also featured as the #1 video on CMT Canada’s “Chevy Top 20 Countdown” and over the years Blaine has received multiple CCMA Award nominations for Male Artist of the Year, Album of the Year and Music Video of the Year.

Currently living in Nashville with his wife and four children, Blaine will hit the road this summer for a slew of festival dates including a slot at this year’s Big Valley Jamboree. He has previously rocked the mainstage at the legendary Boots and Hearts Music Festival, Country Thunder and Cavendish Beach Music Festival and has shared the stage with such notable acts as Dierks Bentley, Rascal Flatts and Tim McGraw.

Celebrating the craft of original songs and the art of song writing, Blaine will host the CCMA Songwriters’ Series on Friday, September 8th at 4:30 p.m. in Saskatoon, SK as part of PotashCorp Country Music Week. Tickets are available to the public via TCU Place (online, in-person at the TCU Place Box Office and by phone at 888-639-7770.