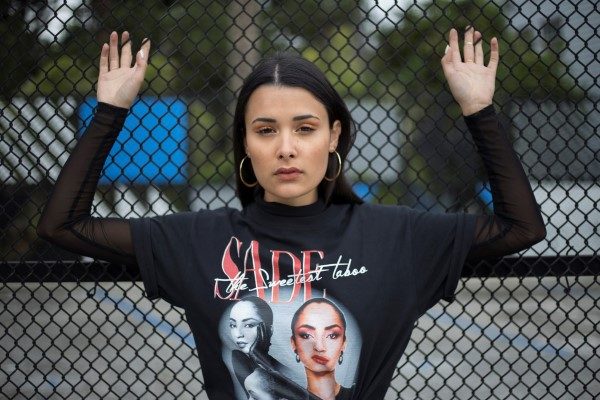 Toronto’s own LIZ LOKRE (formerly known as Liz Loughrey) is a pop-soul singer/songwriter, who has just released a new video for her single, “Buh Bye”. The single is produced by Toronto musician Adrian X (Drake, The Weeknd, PartyNextDoor) and Jordan Reyes at BASECAMP. The single was released on May 25, and has reached over 130K plays and has been added to several playlists around the world via Spotify and Apple Music. The video, which was partly funded by MUCHFact and premiered actually premiered on MUCH was directed by Sean McBride & Carolin Torti. We had the chance to ask LIZ LOKRE a few questions for our newest segment of Five Questions With, so check that out below, along with the video for “Buh Bye”.

Sure! I’m LIZ LOKRE (pronounced Lock-Ree) – I’m half Trinidadian, half Irish and I’m currently making music between Toronto and LA.

Vocally I’m influenced by Jazz legends like Etta James & Billie Holiday. Musically, my sound reflects the melting pot of vibes and cultures that make up this beautifully diverse city.. it’s all about the feel good grooves.

The live show is where its at for us! Playing with a full band (the best guys ever) and it’s full energy. My goal is always to uplift & inspire.. so I hope people leave the show feeling like they were apart of an experience.. the LZL experience.

Buh Bye! Maybe because it’s the newest, but it’s definitely the song I’m vibing with.. also the one I relate to the most right now x

Forever adoring Oscar Peterson – and the album Soulgazer by guitarist/producer Adrian X is always in my car.