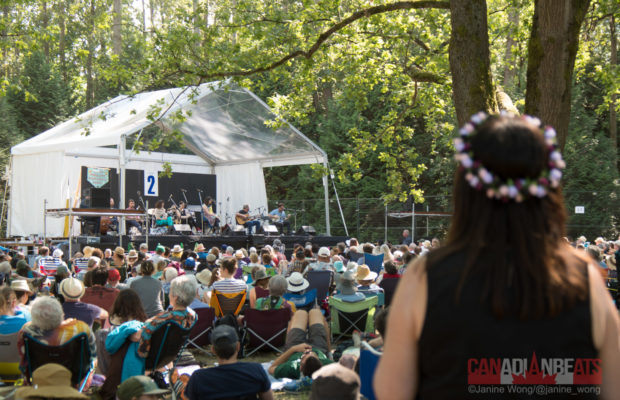 Despite some shifting clouds, the weather held up for the last day of the Vancouver Folk Fest on Sunday, July 16, 2017 at Jericho Beach Park. We caught some intimate and energetic moments with amazing Canadian and international performers throughout the day. After running out of time on stage, Jim Bryson, decided to perform his last song “Ontario” unplugged in the audience. Over on the Main Stage, Haitian band Chouk Bwa Libète, filled in for Columbian band Sidestepper, who were unable to make it. Chouk Bwa Libète captivated the crowd with their colourful sights, sounds, and instrumentation. Back on a more intimate stage, Nova Scotia darlings, Hillsburn delivered a powerful performance with strong vocals and their blend of pop and folk music. On another stage, tucked away in a grassy alcove, Leif Vollebekk played some soulful tunes on keys and guitar off his recent record, Twin Solitude. Accompanied with only an acoustic guitar, Shawn Colvin talked about the aftermath of her Grammy-winning song “Sunny Came Home” and how it lead to a performance with *NSYNC on a Disney Special and singing with Taylor Swift. Bahamas was next to take to the Main Stage and amused the audience with his quiet humour. He talked about coming to the Folk Fest seven years prior and feeling a bit ruffled when a man in the front of the audience started reading a wine catalogue during his performance. This year, he asked a lady what she was knitting and wished her luck on completing her shawl. The headliner this year was The Revivalists, a New Orleans rock and R&B band that got the young folks up and dancing. Lead singer, David Shaw gave an energetic performance—running from one side of the stage to the other, jumping into the pit and crowd, and climbing on the scaffolding while stretching one leg onto the barrier. The band gave a memorable performance and roused everyone—both young and old—to their feet by the end of the night. Rounding off the end of the 40th Vancouver Folk Festival was the Finale led by Ferron and Roy Forbes. A multitude of performers and volunteers gathered on stage as everyone celebrated the end of a busy and beautiful weekend in a chorus of music. Check out some highlights below and visit our Facebook page for more photos. 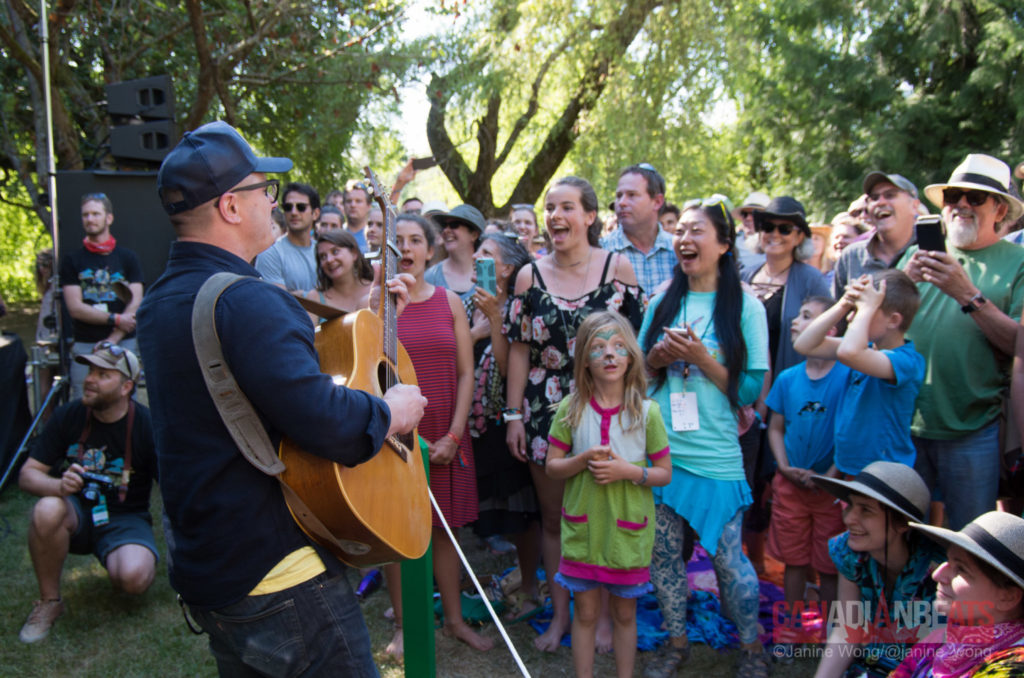 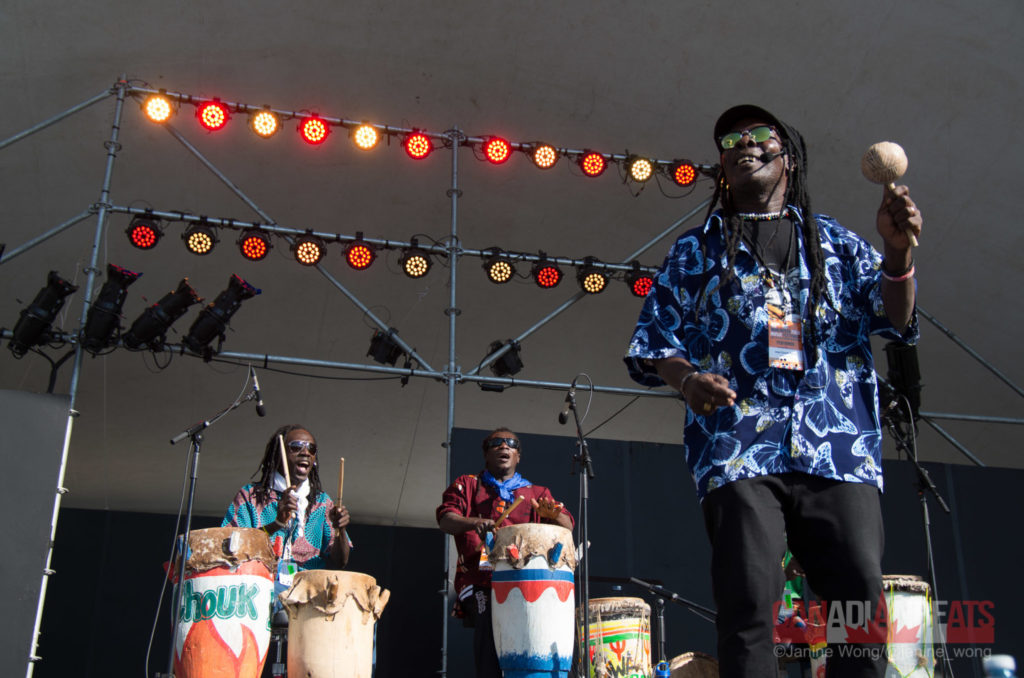 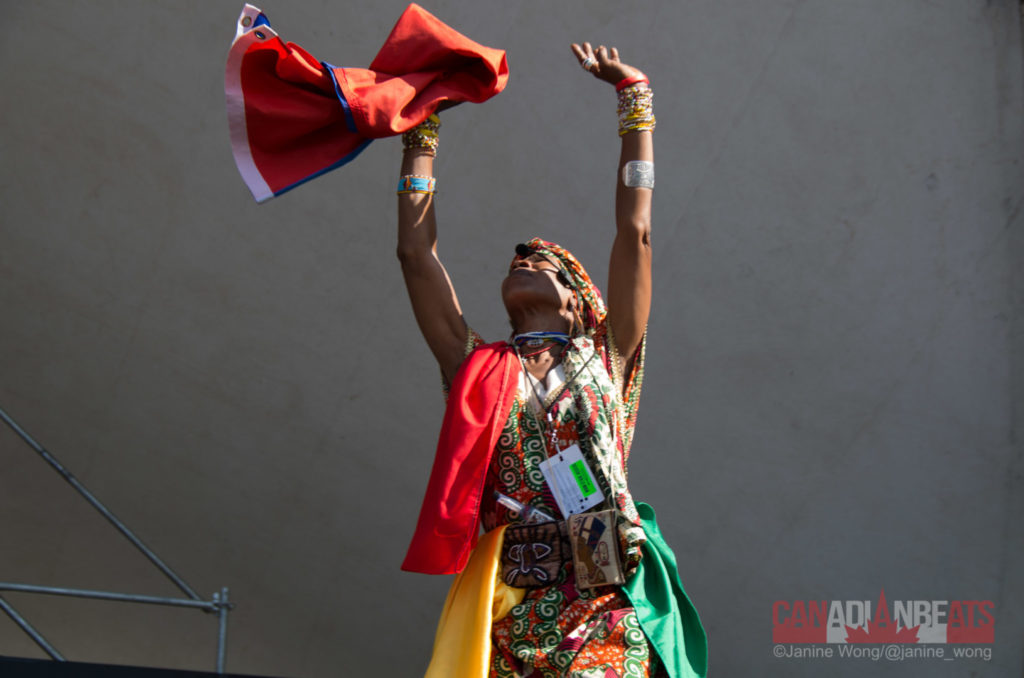 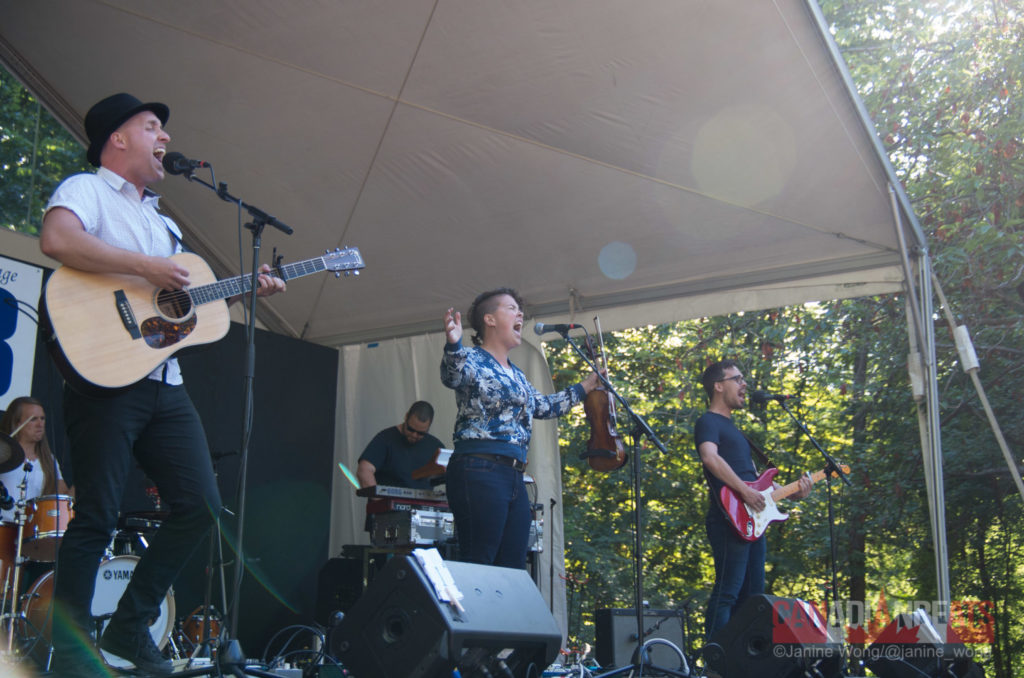 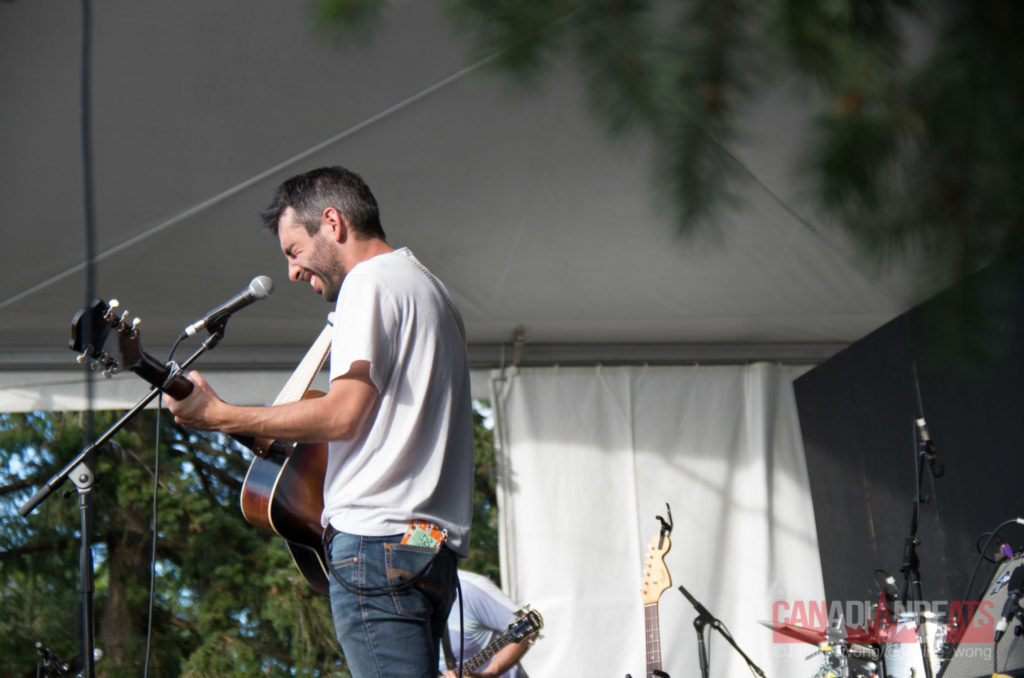 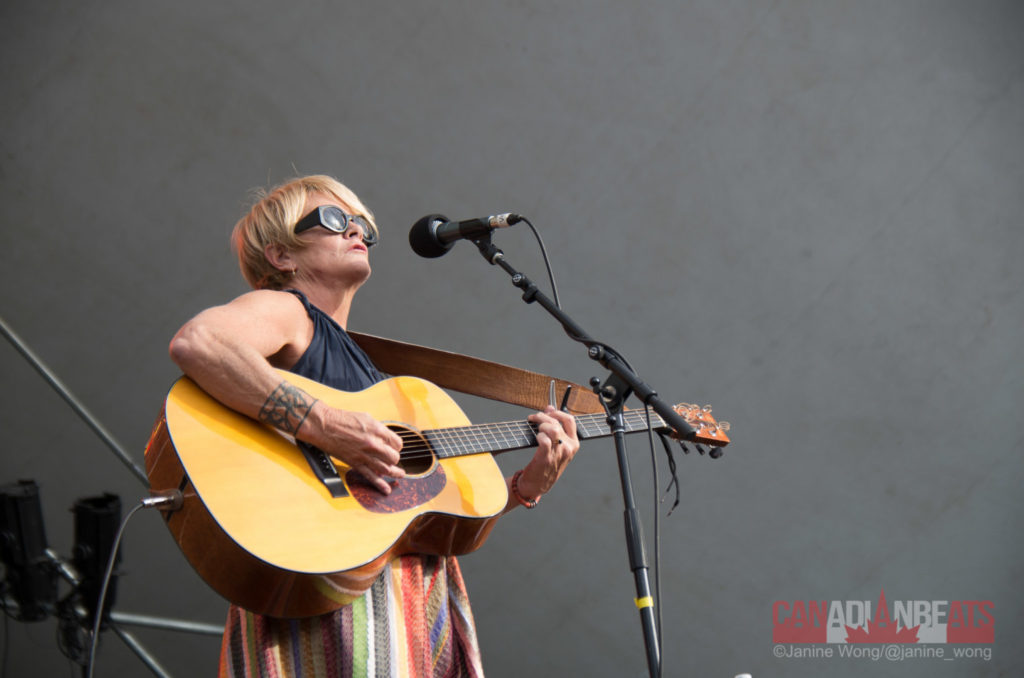 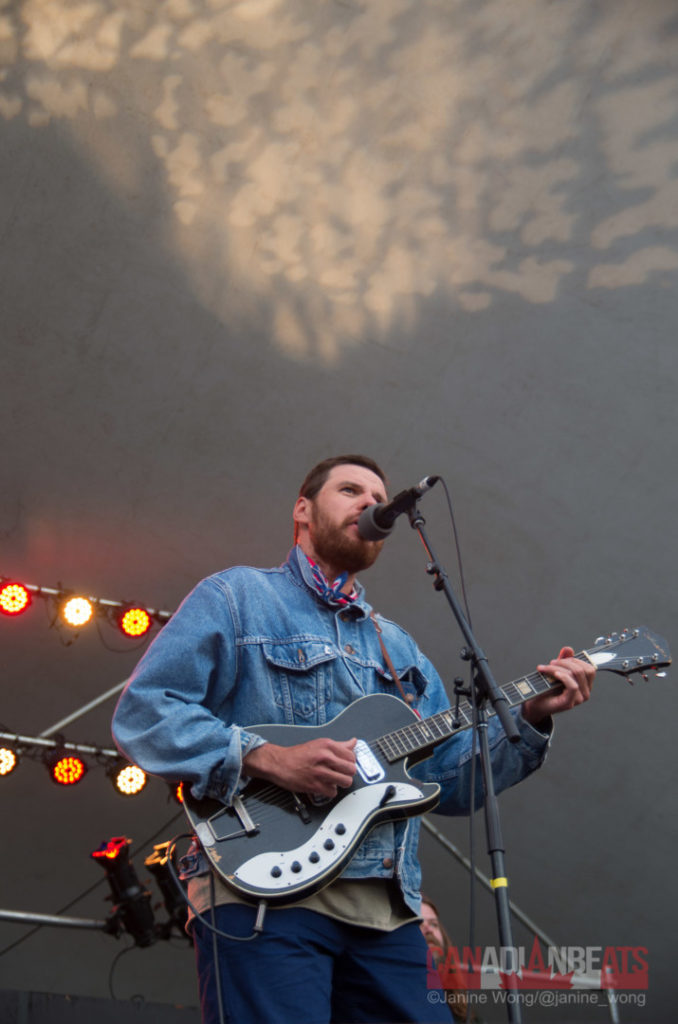 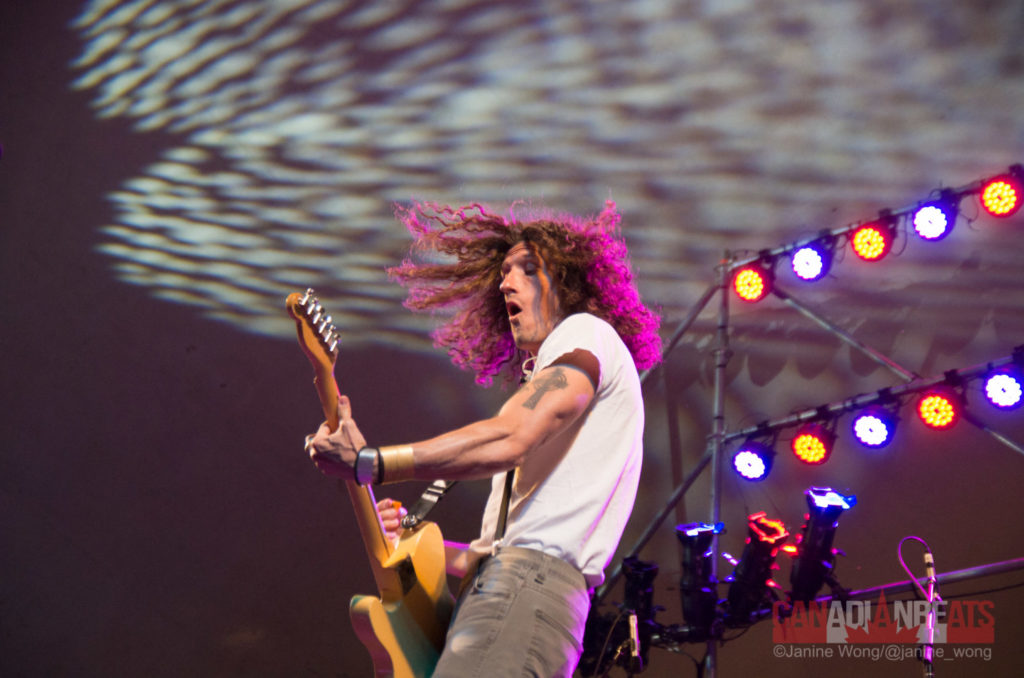 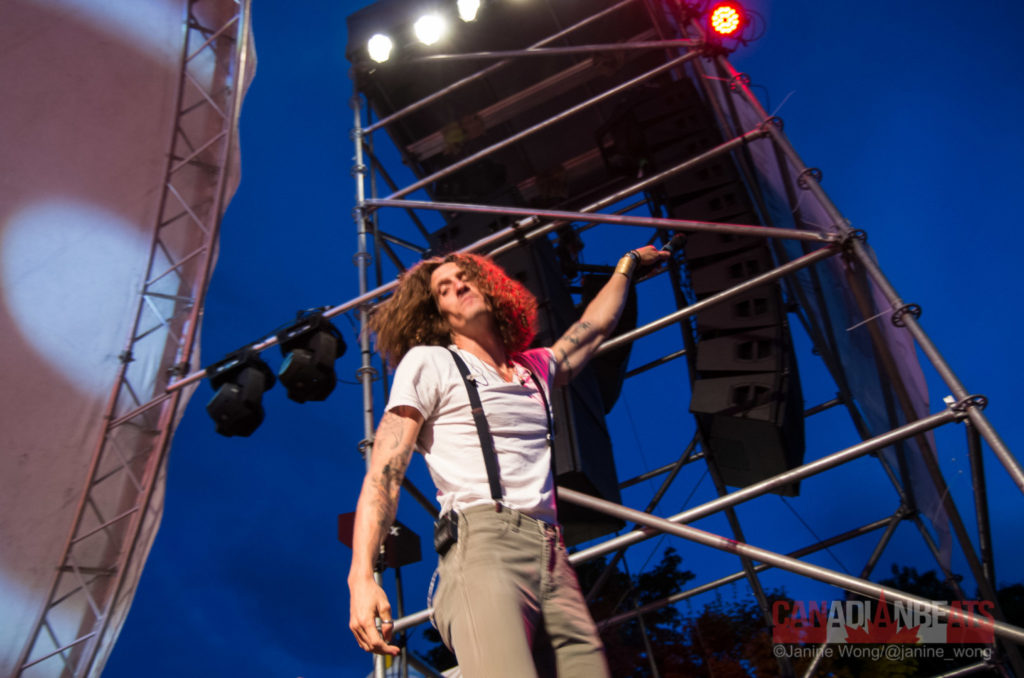 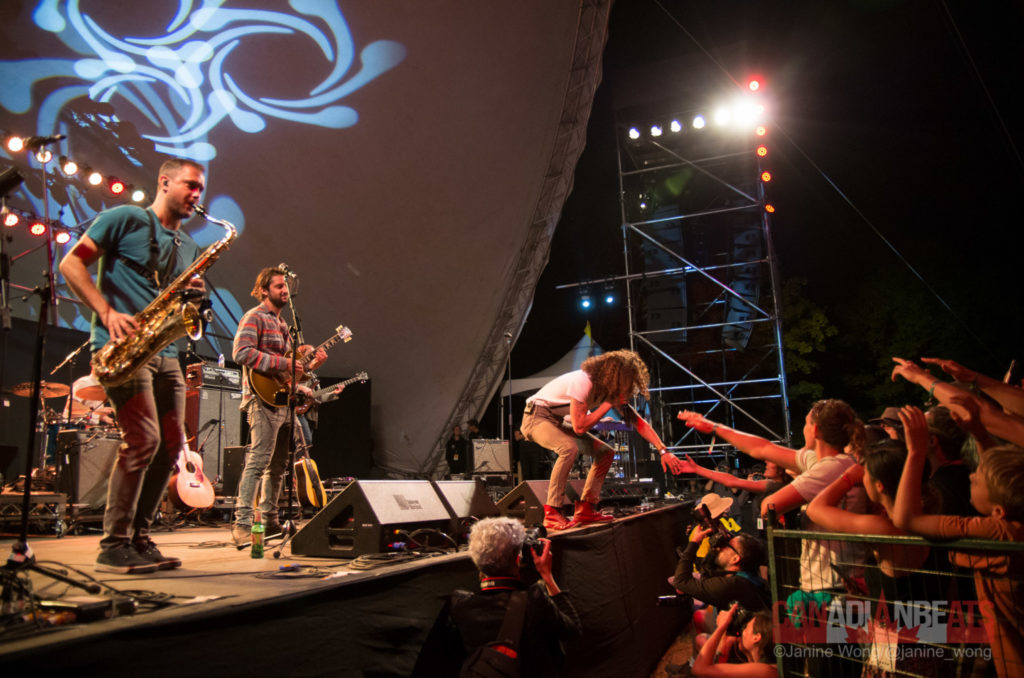 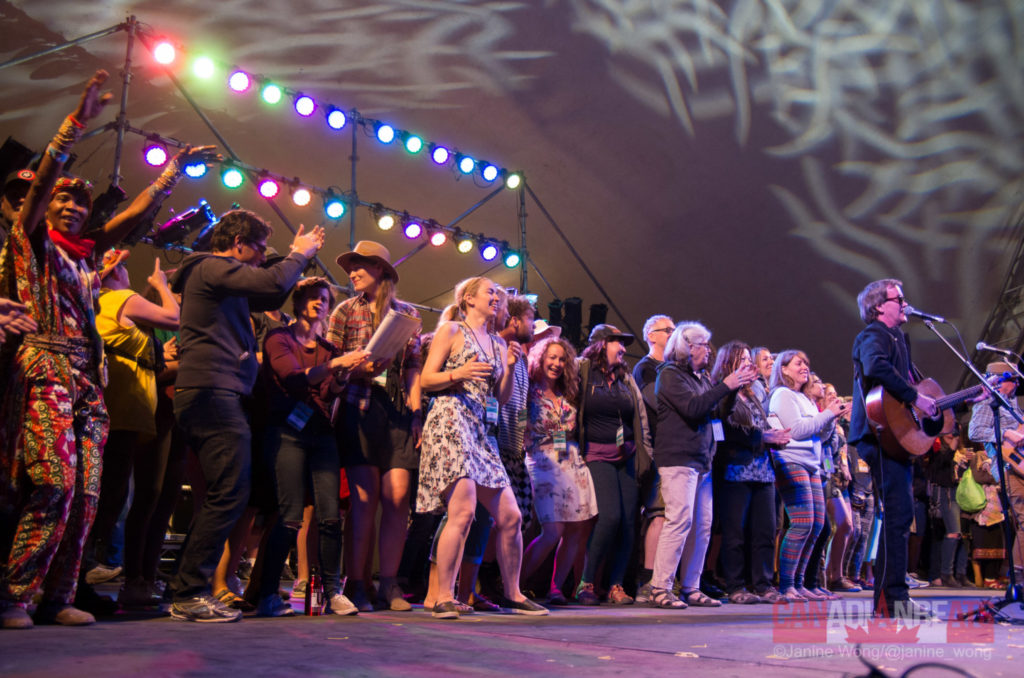