Review – The Look Back Now 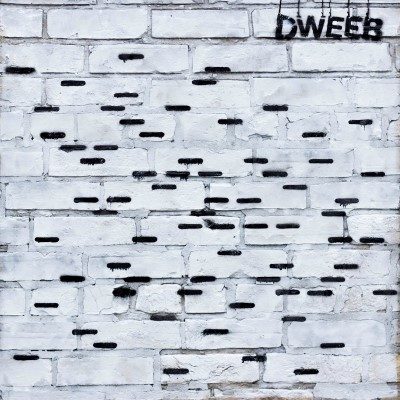 Originating from Toronto, ON, The Look Back Now are putting their own twist on the much loved and nostalgic sound of the ‘90s. Taking inspiration from the likes of rock giants Weezer and Sloan, the band formed in early 2016 and created an EP called DWEEB. Produced at Royal Mountain Studios by Juno-nominated artist Nixon Boyd of Hollerado, DWEEB is comprised of four evocative new tracks that take the listener on a trip down memory lane.

“Underneath The Eyes” opens up the EP with its clicking guitar and rather amusing lyric: “your hair stands straight up in the air/ you can’t be recognized”. That’s enough to capture anyone’s attention. The track boasts late ‘90s influence and Tom DeLonge style vocals. Despite the fact that the vocals tend to get drowned out by the instrumentals, the chunky guitars and singalong hooks make it a fun song to bounce around to.

Second track, “Collections” is dominated by heavy drums and jangling guitars. It’s a rather nostalgic song, reminiscing about growing up in the late ‘90s to early ‘00s period: “I’ve got a vague recollection of the 1990s and early 2000s/I’ve heard these chords before they always get me out on the dancefloor”.  The strutting tune also enjoys, a rather short lived, screeching guitar solo and Weezer like harmonies that add to the element of nostalgia.

Bursting open with punk rock style guitars is DWEEB’s second last track, “Running Away”. With its rhythmic bass, steady drums and punky guitars, it tells a story about a “superstitious” and religious man trying to escape the roughhousing and terror around him.

Summery and upbeat is “Funny Bone”, the last track. Brought together by a pulsing bass, chunky guitars and solid harmonies, the track is all about being young and youthful. It talks about simple things like: “I feel let down my favourite band sold out”, thus being relatable and even nostalgic.

In conclusion DWEEB is a fun and nostalgic EP. With its lyrics about everyday moments, currents events and being young this EP is extremely relatable. Its chunky guitar sound and steady vocals make it a record that wistfully brings up fond memories of the carefree summers of the ‘90s and ‘00s.