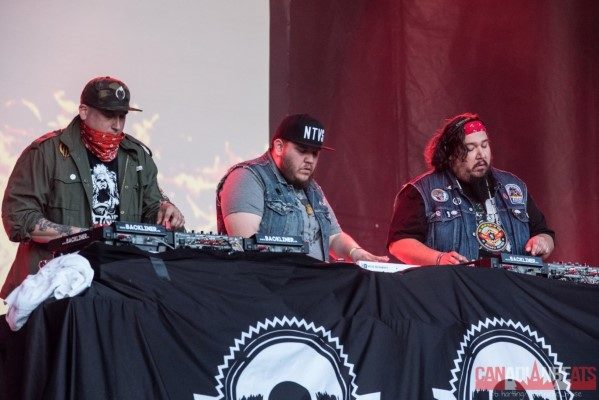 Week one: A Tribe Called Red – We Are The Halluci Nation

A Tribe Called Red is no stranger to Polaris.  Their unique blend of powwow music and electronic dance landed their 2012 self titled debut album on the long list; and in 2013, the Ottawa-based trio’s second album Nation II Nation received shortlist attention from critics.

As concept album, We Are The Halluci Nation, gives voice to current Indigenous issues from all over the world and right here at home.  In addition to the spoken contributions of author Joseph Boyden and the late poet, John Trudell, guests on the album include fellow 2017 Polaris nominees Tanya Tagaq and Lido Pimienta, as well as Yasiin Bey (AKA Mos Def), Saul Williams and Australia’s OKA.

The result is a soundscape of beats, drum and singing that cut straight to the soul of the listener.  As much as it makes you dance, it makes you think and once it’s stuck in your head, it’s hard to get it out.

Will this be the year A Tribe Called Red takes home Polaris glory? Find out on September 18, when the winner is announced in Toronto!