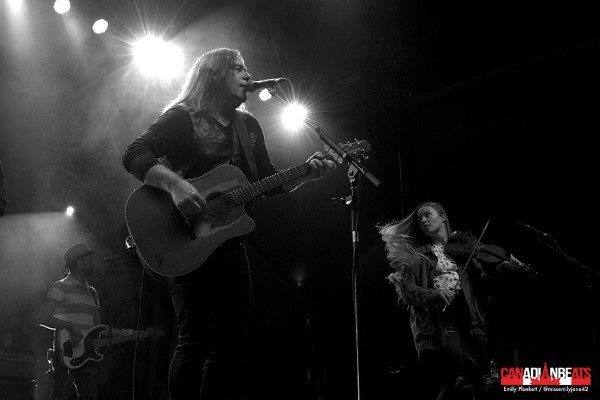 It was a tale of two very different festivals Thursday evening at Bluesfest; at least from what I understand through word of mouth.

It was also a very personal study of how things have changed in the 15 odd years since I started going to festivals…and Great Big Sea concerts, as a matter of fact.

One one side of the Canadian War Museum, the line up between the main City Stage and the side Claridge Stage alternated between three hip-hop acts in a row (Maurice Moore, Migos and Lil Yachty), with EDM artist, Flume, headlining the entire thing.  On the other side of the museum, you had singer-songwriter, Foy Vance, opening for Alan Doyle and the Beautiful Gypsies on the Black Sheep Stage. It was basically a house party versus a kitchen party; and each had the crowd to go with it.

Being a photographer, I had an interesting vantage point for the mosh pit waiting for Migos. Now, I can remember being those kids. I remember getting to Sarnia Bayfest at an ungodly early time with my best friend to ensure we got great spot right at the stage for Sum 41 and Blink 182. We endured it, and talking with that best friend later on in the evening, we don’t recall the rest of the crowd being as pushy as the one I witnessed beyond the security barriers.  Maybe it’s just me getting old at this point, but it really felt like the kids were becoming a bit vicious in their mosh pit etiquette.

Turns out, the crowd in front wasn’t the only stressed group giving security a hard time. There were several reports of crowds of people toppling barricades; most of whom were drunk.  One security guard had to be treated when a rock was thrown at his head. During my last volunteer shift, someone on my team said they were told by security to remove their volunteer bracelets along the path leading to our dedicated entrance because people were getting swarmed for the bracelets and getting their shirts ripped off. Needless to say, for a lot of folks, it wasn’t a good night. 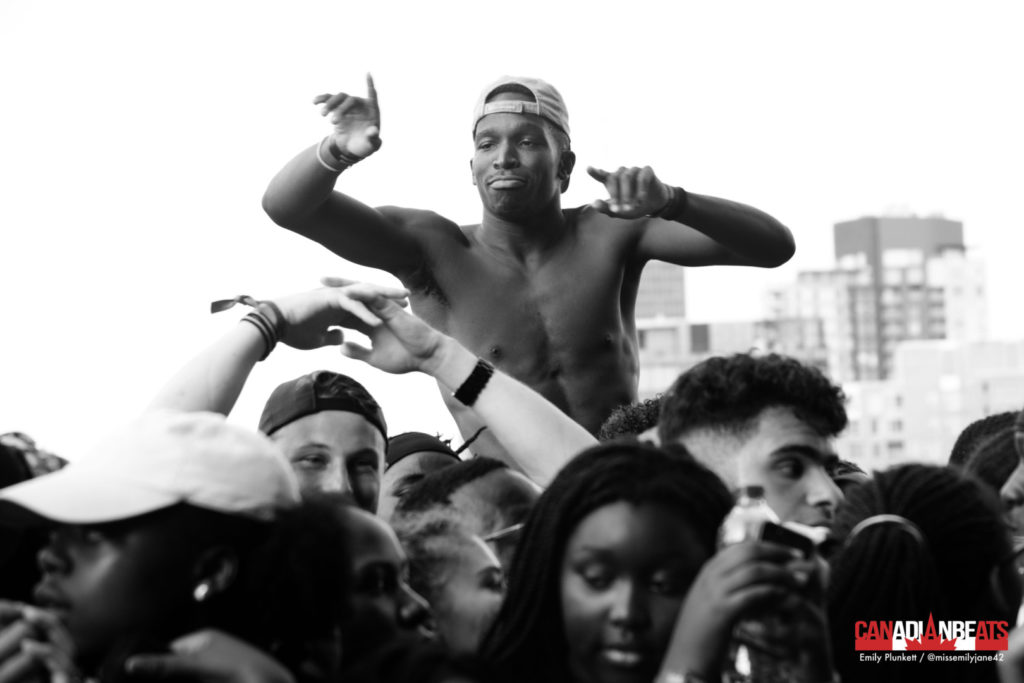 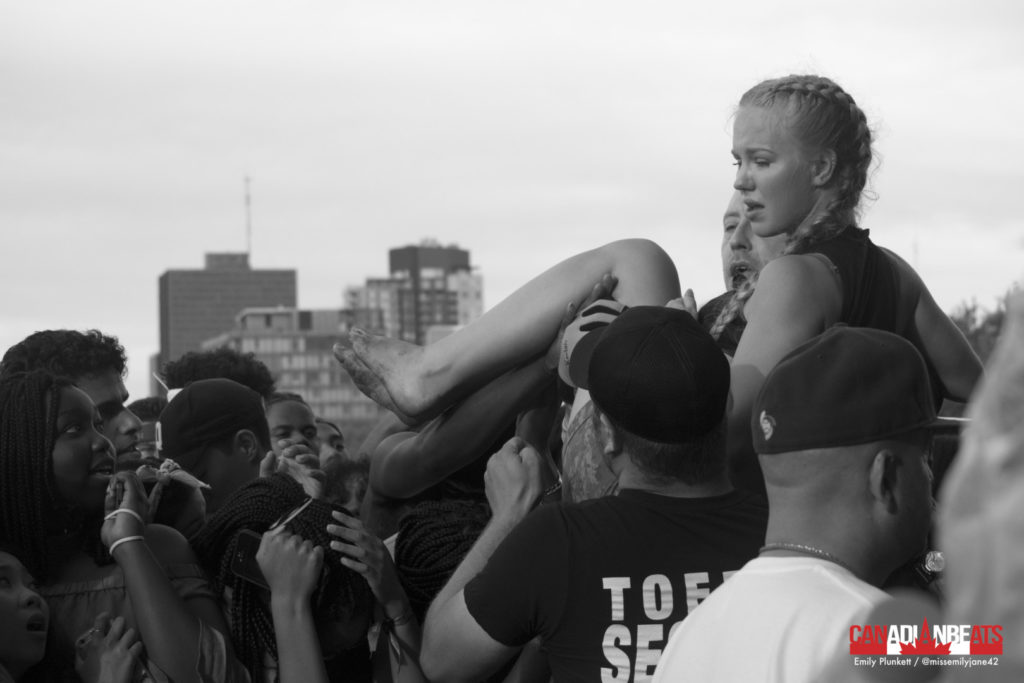 In the end, I only stuck around the main bowl for a short time, but that was always my plan. As a long time GBS fan who misses the Newfoundland folk rockers very deeply, I was not missing the opportunity to see Doyle for the first time as a solo artist. As soon as I something of these Migos group (who were 45 minutes late, might I ask), I was off to the Black Sheep Stage and stayed there the rest of the night. The scene was very different. 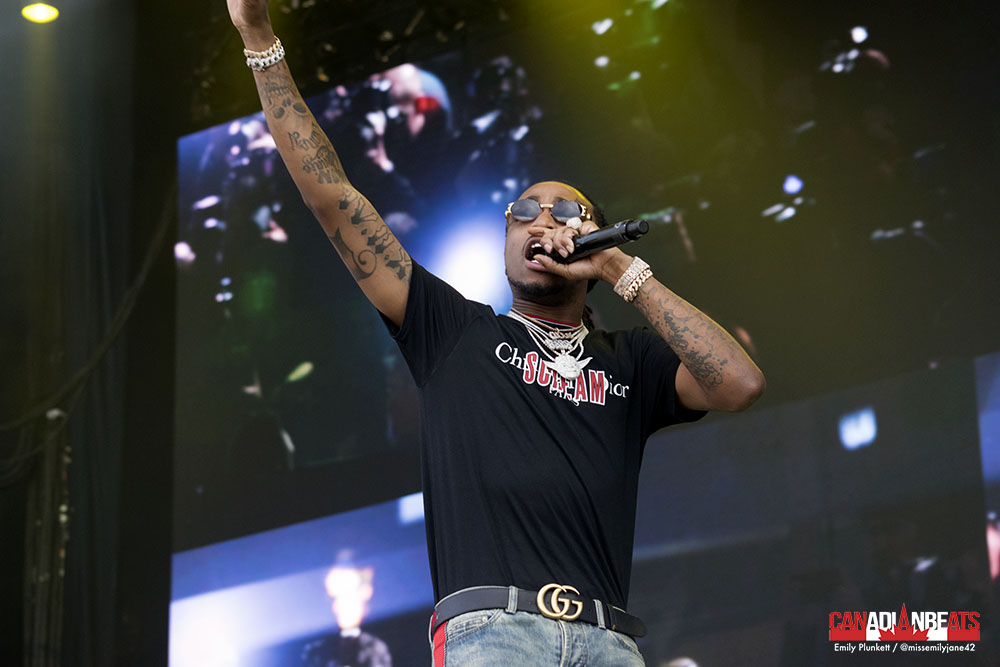 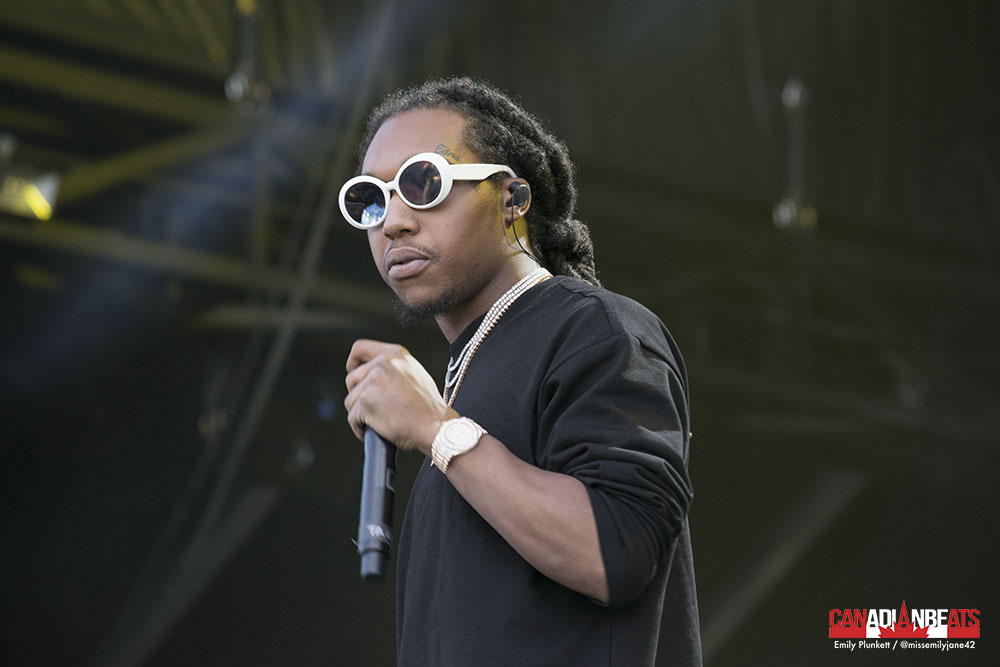 The sunset was beautiful over the river and folks lounged in their lawn chairs and enjoyed Foy Vance, who included a few laughs alongside his soulful folk tunes.  Everybody calmly, but eagerly awaited the arrival of Alan Doyle and the Beautiful Gypsies. 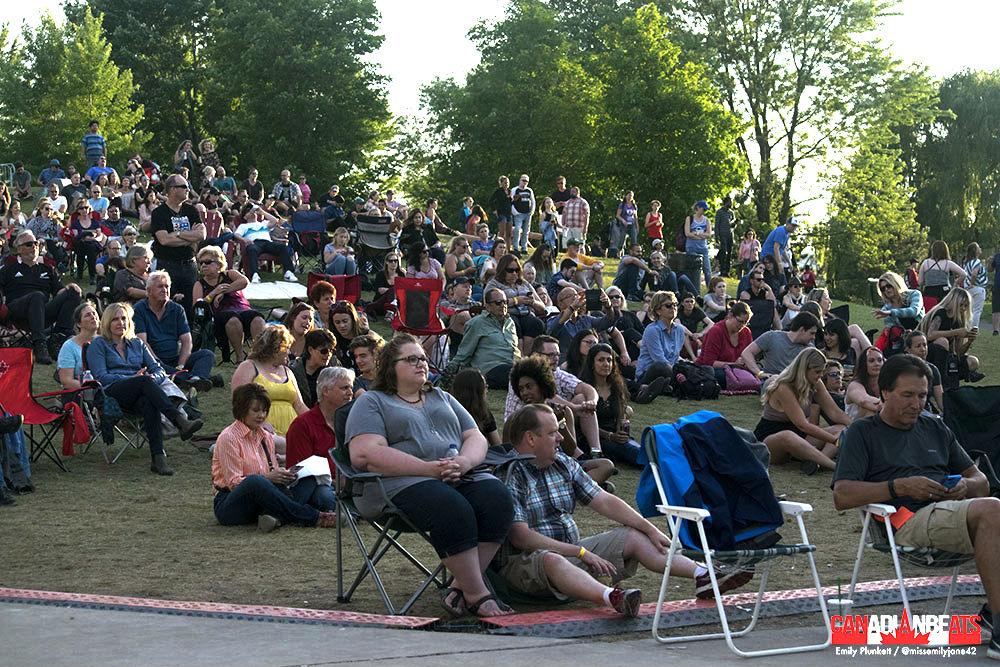 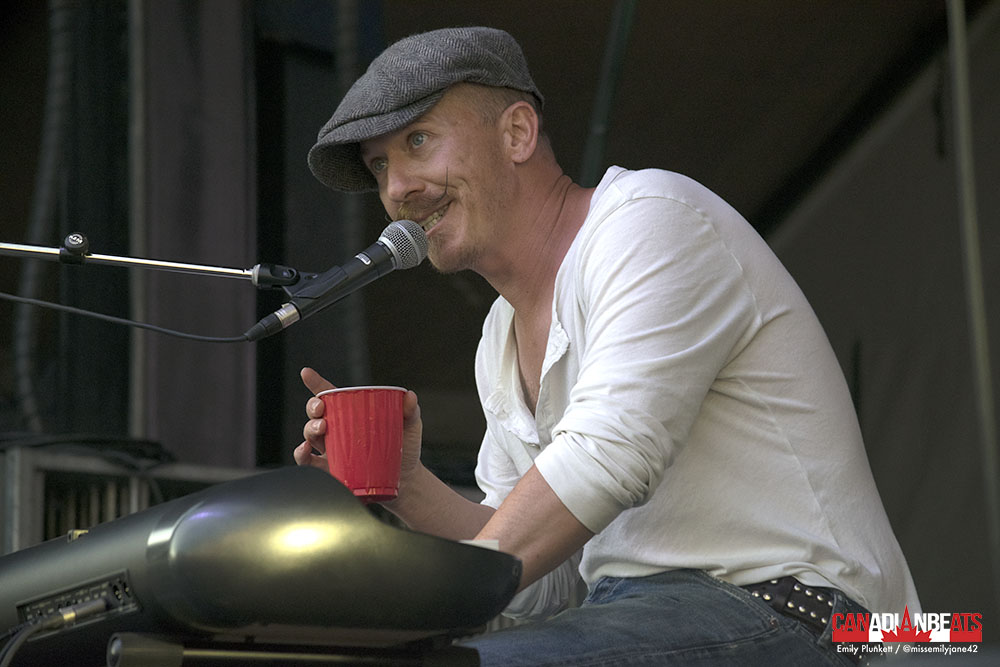 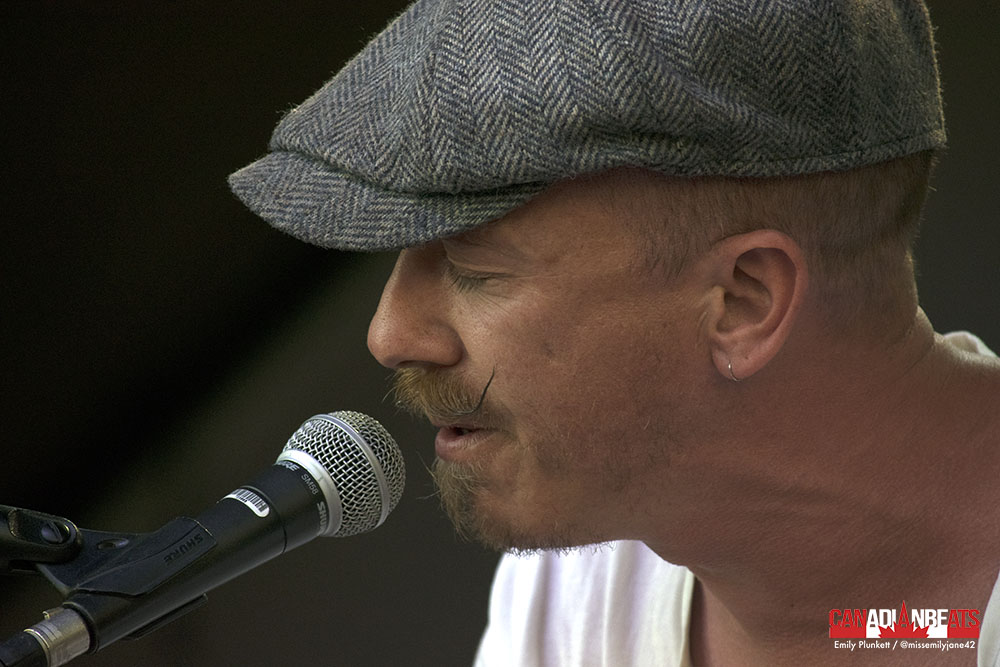 I hope anyone who came to see Alan Doyle wasn’t at all disappointed in what they saw; but I do have to take a few steps back to be honest about something. As I mentioned, this was the first time I’ve seen him perform on his own without Great Big Sea, and there were times when I broke the fixation on his bright personality as a performer did I remember that he was missing two people two his left.  It actually made me sad for a moment; especially when I got thinking about all the kids who got to the front row of this evening’s headliners.  It doesn’t feel that long ago my best friends and I were in the very front row spot for at least seven out of the 10 Great Big Sea performances I attended while they were still together (two of them being a Bluesfest headlining shows, as a matter of fact).

But that’s not to ever take away from what Alan Doyle is currently up to, far from it.  If anything, I really, really like what he’s done on his own.  It’s bright, it’s fun and it’s positive. Doyle has a performer had the audience engaged the entire night.  All of these positives from the Newfoundlander also describes everything I loved Great Big Sea for.  Same for Sean McCann, for the few times I’ve seen and heard his solo material.  The GBS split had a much different vibe than Barenaked Ladies; who I equally idolized growing up, and have seen live on several occasions since Steven Page departed.  GBS definitely felt like they were at peace with the decision, and I can sing the songs with Doyle without feeling guilty. I can see BNL or Steven Page as they are now all I want and love singing to the old songs as much as I want; but the fun is gone and you feel like you have to take a side. The solo projects of the members of Great Big Sea are filled with the same joy as their work together, and I am so happy for that. I think it’s just a really bad case of nostalgia that made me almost cry, and it’s not Doyle’s fault by any means.

I hope one day I get to photograph a Great Big Sea reunion.  But until that day comes, Godspeed to Alan, Sean and Bob; in whatever you pursue. 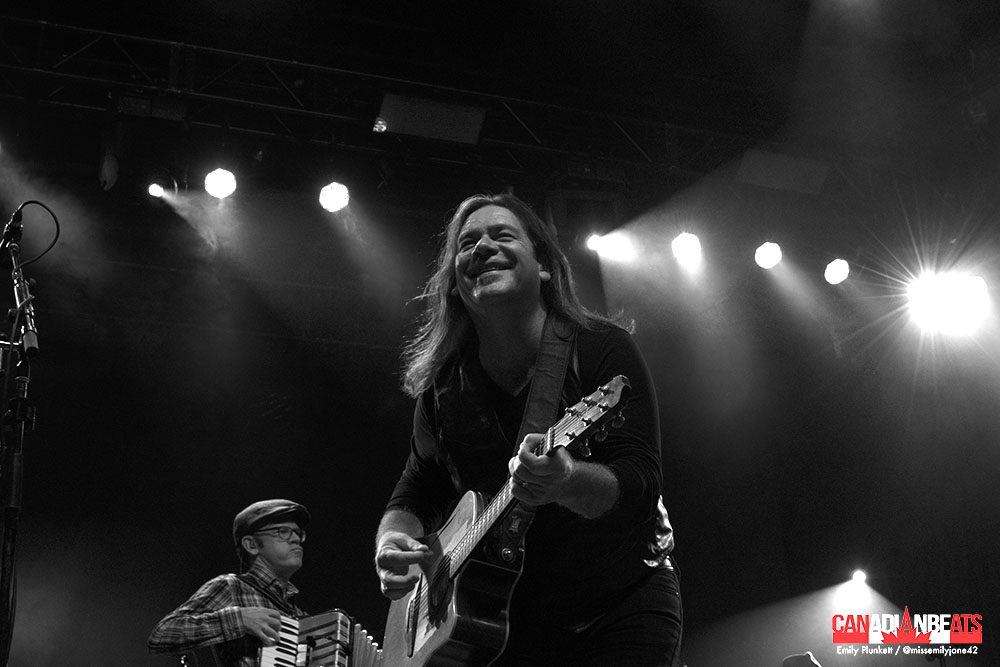 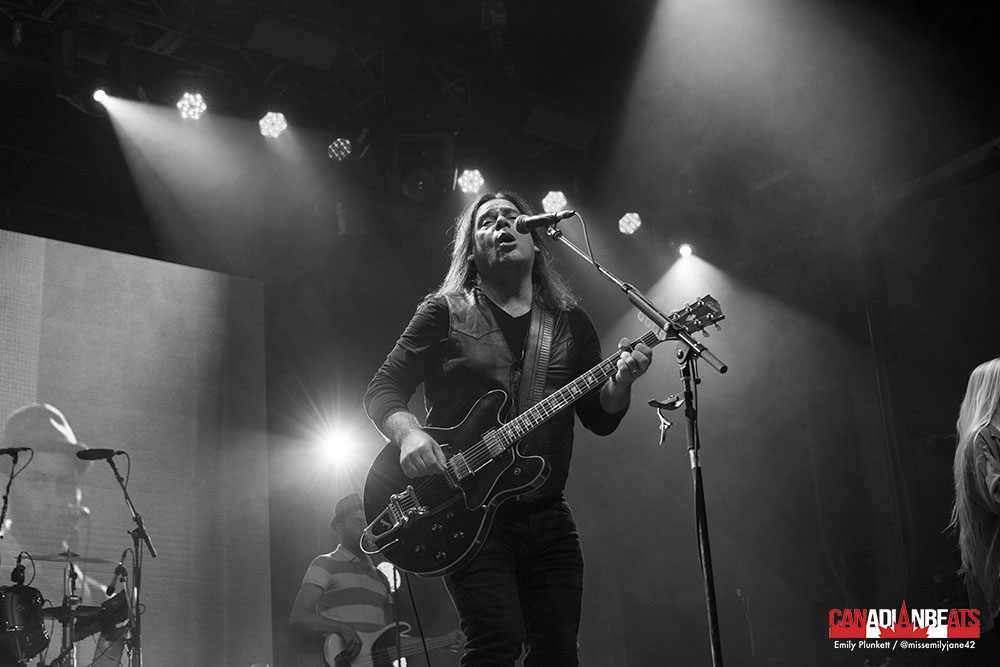 As I left through an opened gate close to the Black Sheep Stage, instinct almost made me stop along the backstage to see if I could grab an autograph, as my friends and I once did so long ago; but watching the rest of the crowds pour out from the main bowl, it just wasn’t a good idea to even try.