PREMIERE – Jon Cohen Experimental releases video for “Feed On Me” 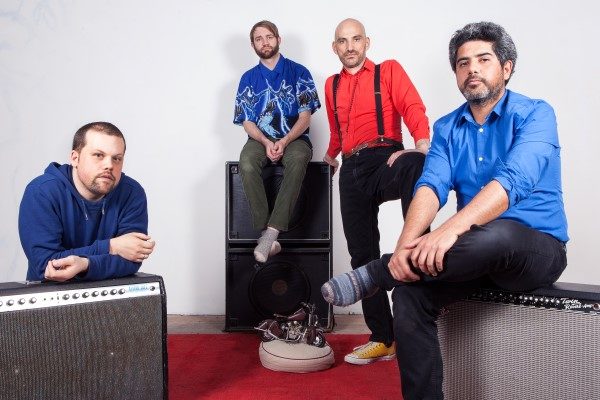 Montreal, QC based band, Jon Cohen Experimental is made up of Dan Kiely (Drums), Andrew Bendahan (Bass), Philippe Lachance (Keys) and Jon Cohen (Guitar/ Vocals). The band is set to release their fifth full-length album, Go Getters on August 11, 2017 via Sugar Gator Records. Today, we have the privilege of premiering their new video for their single, “Feed On Me”. When asked about the single, Jon responded:

“The song is inspired by a story of Buddha who gave up his own life to feed a starving animal (in a past life). Although it’s just an allegory, I liked the significance of that, the idea of sacrifice, what it means to give up something you love for someone for the benefit of others.

I really connected with that story somehow and liked the words “Feed on Me” basically another way of saying, “I’m here for you, I’ll do anything for you”. This song is about sacrifice for those you love. “