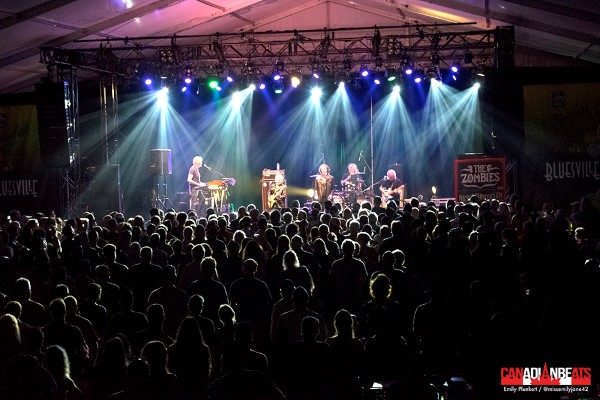 As someone who both volunteers and works as a photographer at Bluesfest, I find it extremely necessary to take time to simply enjoy the music – and take all the time in the world to explore all the stages, regardless of how off the radar the performers may be.

Tuesday and Wednesday were busy days at Bluesfest, both as the volunteer and photographer; but it was brimming with acts that made busybodies stop for a moment.

Tuesday evening saw July Talk take the Claridge Stage.  With their powerful blend of blues-infused metal/punk/alternative rock, the band had the audience in the grasp; and in addition to the slew of photographers taking half an hour of their running around time to enjoy the show, I noticed a number of volunteer friends making the trek from across the festival grounds to catch a glimpse of one of the hottest bands currently in Canada.

After enjoying July Talk, I did have to cut my time with the band and its enthusiastic audience short as I wanted to make sure I was on time for a group that was on my must-see list: the Zombies.

Definitely not a mainstage draw (Country star, Jake Owens, took that honour Tuesday), the British psychedelic rockers have been in existence in some form or another for well over half a century.  In their second appearance at Bluesfest in recent years, the rather diverse crowd of old hippies and new hipsters (one woman my age in the front row said hosts a radio show in where the only thing she spins is ‘60’s psych) spilled out from under the tent at the Bluesville stage into the surrounding fields.

Between staple hits “Time of the Season” and “She’s Not There,” the Zombies played a mix of older album cuts from their classic album Odessey and Oracle and 2015’s Still Got That Hunger.  They even dipped into the post-Zombie hits of keyboardist Rod Argent with “Hold Your Head Up,” released in 1972 under the band Argent.  All in all, I am so very glad I made time to just sit and enjoy the Zombies and I hope others feel the same way.

Wednesday was a bit of an opposite day to Tuesday, in which it felt I was the only one stopping to enjoy the music and fun. It was a day full of bands I don’t think too many folks were interested in, and it was another volunteer day for me; but even in my own busyness, I didn’t start a damn thing until I joined in with Choir! Choir! Choir! – even if no one else seemed interested.

Now, I know I saw them and got to participate in a small sample of their unique show on Canada Day, but this would be at least a better idea of what their regular Toronto meetups are like; so I was setting everything – my camera, my pile of recycling bags, all of it – aside for exactly one hour to just to sing.

It was, however, a show I’m sad that most didn’t bother to investigate out of their own volition. I’m not sure if fellow volunteers joined in on the fun, even after I explained the premise. Worse still, much of the audience that had arrived early at the Bluesville Stage looked completely confused as to what was going on when they were handed lyric sheets to “Ahead by a Century,” “Harvest Moon,” and “Hallelujah.” It took an obscene amount of convincing for the folks seated in the small bleacher section to come down and join the small crowd at the front of the stage.  But I had fun, and skipped off to start my shift happy I made the time to be in the audience for Choir! Choir! Choir!

Between field cleaning sessions, I was very happy to catch the majority of the LCD Soundsystem set.  Such a vibrant and different show – but it was very, very different from the country, rap and pop our festival has played host to thus far. A few of my fellow volunteers in the back were thoroughly unimpressed to the point heckling became a thing, so I relocated further to the front to enjoy what I was watching.

Bottom line, Wednesday was a good day at Bluesfest, even if nobody thought it was. 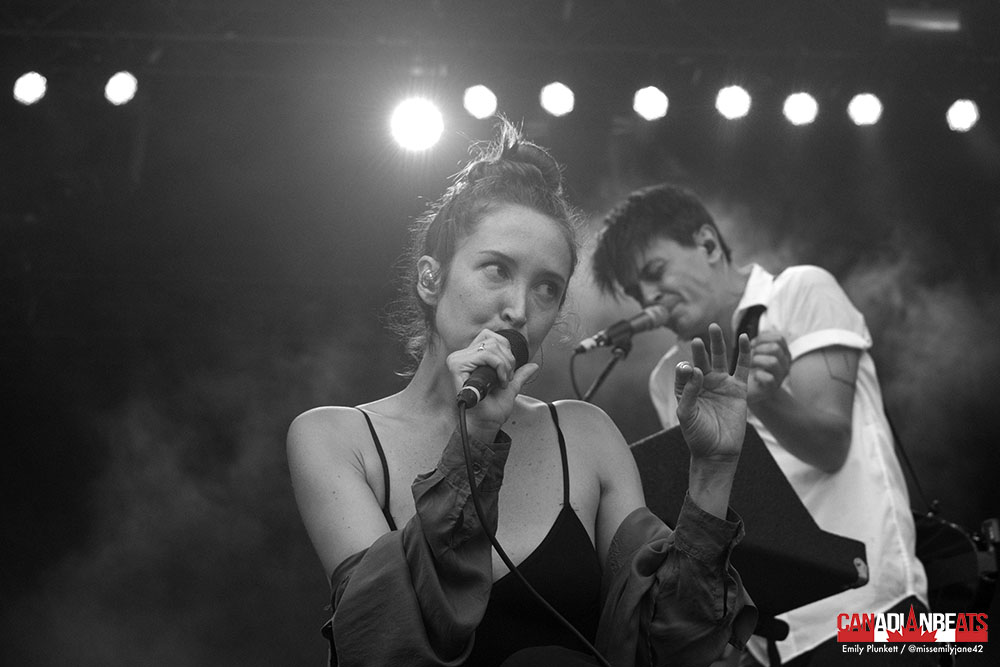 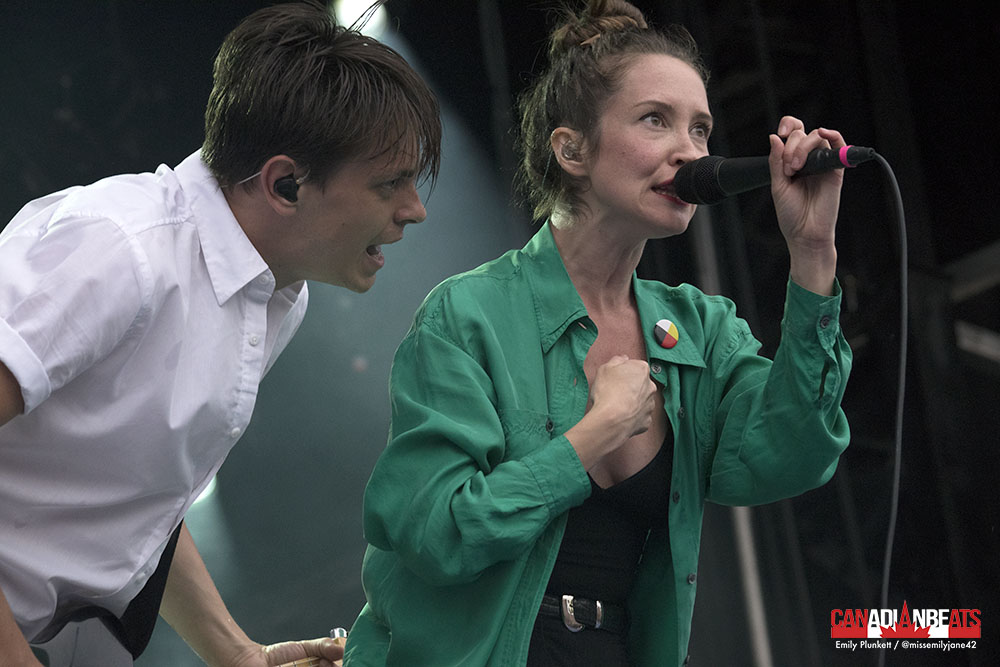 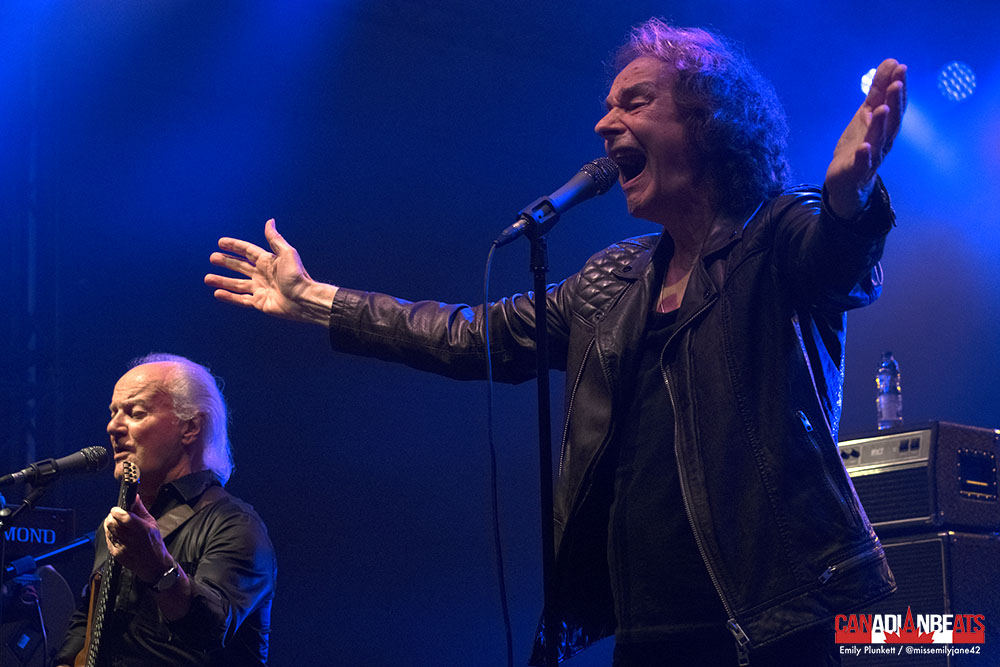 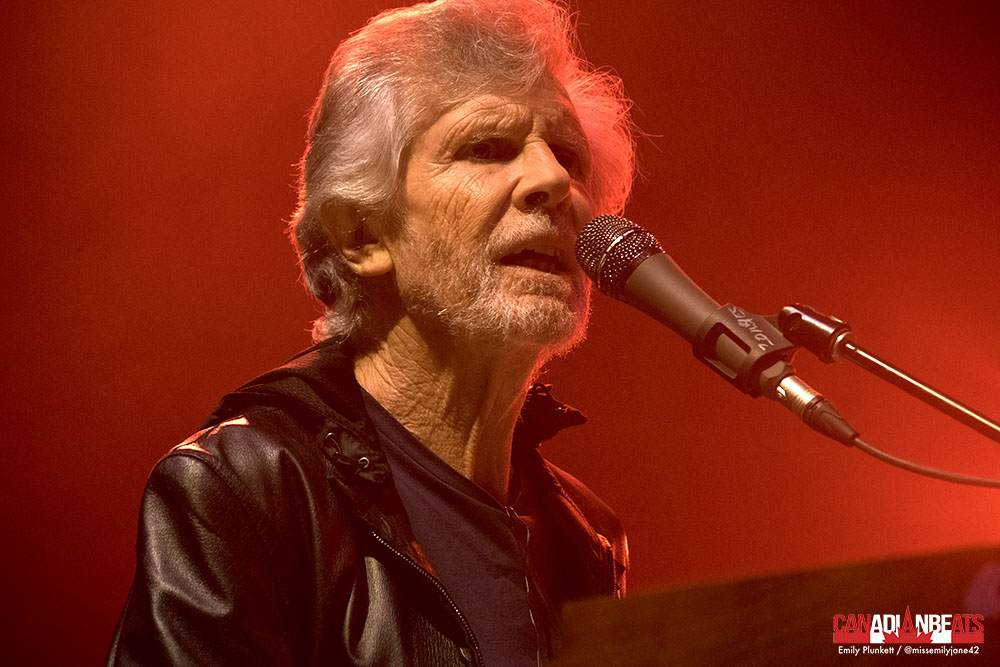