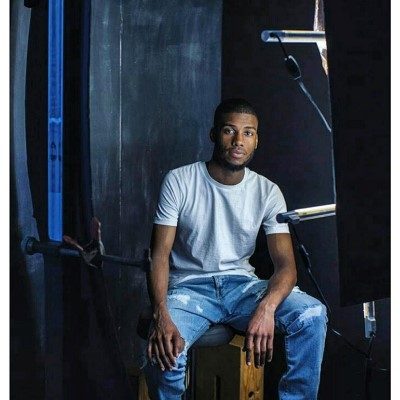 We had the chance to chat with Nova Scotia based hip-hop artist, MAJE in advance of his performance at the Halifax Jazz Festival. MAJE’s performance takes place on July 15, 4:00pm at the Black Cultural Centre. If you’re in the area, you should check it out! Until then, enjoy our Five Questions With segment!

My name is MAJE from East Preston. A predominantly black community on the east coast of Nova Scotia. In 2015 I won a songwriting competition that included 187+ other east coast artist. The reward was 10,000 dollars. Using that momentum I did a school tour with two other artists, was a semi finalists in CBC searchlight competition, nominated for Rising Star at ANSMA, and released a short film entitled OUTHOME that went on to win an award in Emerging Lens film festival and shown at numerous conferences and University lectures. That brings me to this point where I released my first digital album Insert Flame Emojis Here.

My goal is to make music that reflects EXACTLY who I am. MAJE makes music for the independent, ambitious, young people in the world. I take an extremely long time to write songs. My blueprint for creating is if it makes a good Instagram caption it’s a good lyric. Also I think about performing the song, like will I have fun performing this song? Is there a line or segment (other than the chorus) that the crowd can sing back to me? Melody is vital in a MAJE record, I been working on my vocals a lot lately! lol

Because I spend so much time on every lyric, when I’m performing I put emphasis on as many punchlines as possible. I keep the energy high even for my more deeper songs. My goal is that you REMEMBER seeing MAJE perform. I’m very determined to make sure you get your moneys worth. I still haven’t crowd surfed but that.s coming I promise.

I would have to say “Ciara” and “ETTG” because they are total opposites spectrums of MAJE. I feel like if you listened to them in succession you get to know a lot about who I am musically.

My favorite Canadian artist without doubt is Partynextdoor. I am heavily influenced by him and that whole ovo camp. Also Roy woods I like a lot; he actually snatched a YouTube beat that I used as well. I released my record first but when I found out he had the beat I did my record over and re-released it on my album. Hoping I get to work with him down the road, at least i know I got a perfect icebreaker lol. I also like and got to work with Ghettosocks on my new album. Kxng Wooz, Twy, Quake, Neon Dreams, JRDN,