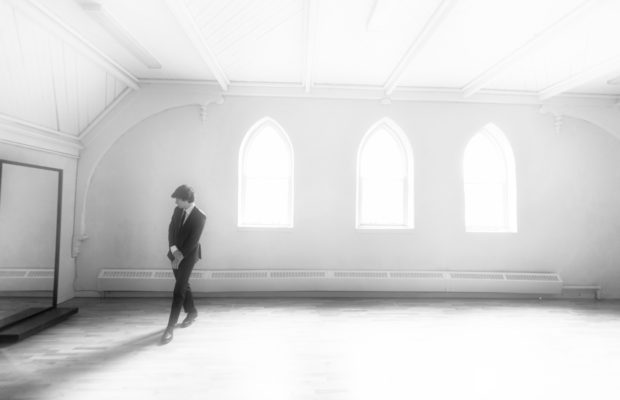 Victoria BC based Quinn Bachand of his award-winning band, Brishen took some time out of his schedule to chat with us for our newest segment of Five Questions With. Quinn will be playing at Halifax Jazz Fest this afternoon, so if you’re able, we recommend you catch him in action!

Hiya readers, I’m a 21 year old musician from Vancouver Island who loves writing songs and fiddle tunes and recording them.

I have different projects on the go but the one I’m touring across Canada as we type is a band called Brishen. It’s inspired by trad jazz/swing, 50’s/60’s pop and rock and roll. I write songs and arrange them for this band!

Our tour is now over half way in but we’ll be at the Halifax Jazz Fest next then fly out west where we play Music Fest in Courtney BC and Island Folk Fest in Duncan. We’re playing in Vancouver a couple times too. You can check out www.brishenmusic.com for more details! We’re playing as a 5 piece mainly, with rhythm guitar, saxophone/flute, bass, drums and I play fiddle, electric guitar and sing.

With Brishen I’d say check out Cheyenne (Quit Your Talkin’) from our newly released album, Blue Verdun. You can check it out on bandcamp or our website.

I love Don Messer a lot and I listen to him probably every day. I’ve been listening to Elyse Weinberg a lot as well, she’s a great singer songwriter from Toronto.