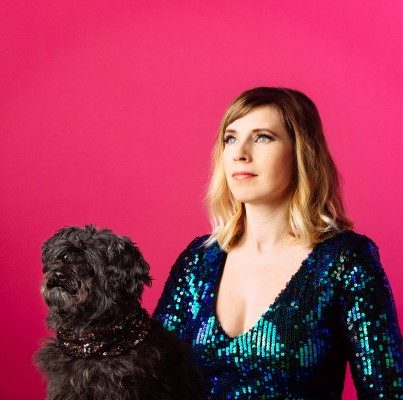 Toronto’s uber talented KASHKA (aka Kat Burns) has just announced the release of her third LP entitled Relax. A world away from her playlist favorite ‘Heavy Ghost’, the new album features a more experimental side to the singer-songwriter. Co-produced by Burns, Lisa Conway and Andrew Collins at their Wildlife Sanctuary Sound studio in rural Ontario, its minimalist vocals, eighties drum and synth inspired arrangements are both beautiful and haunting.

It’s easy to see why so many of her compositions have made their way onto soundtracks for the big and small screens. The 8 tracks cover emotions of human connection, isolation, and feminism, and holds together as a beautiful ensemble piece, that you will have on repeat this summer. Whether it’s sitting on the deck of the cottage or watching the fireflies illuminate the night sky, the album could not be called anything other than RELAX.

Contradictions abound where production is both sparse and rich, mellow reverb-free vocals, Depeche Mode inspired synths replete with 808 beats, sit side by side with lush string and ethereal melodies.

Kat even has her own genre “folkpoptonica” which sums things up nicely!

Speaking to Canadian Beats, Kat explained the process with the new recording “This came out of two years of writers block, travel, heaviness, frustration, and a lot of figuring out who I am, as a woman in this industry. It’s reflective, imperfect, and a little weird, just like me.” The album also includes collaborations with the likes of Valerie Broussard, James Bunton, and LCON.

‘Signs’ with its bass intro and modulating synths is retro drenched but sounds so current. Other stand-out tracks include ‘Float Away’ and ‘Wild Things’.

The final track ‘Reset/Outro’ has an Amy Millan ‘The Five Ghosts’ quality about it, and with its subtle strings and the swaying atmospheric crescendo; it’s is one of the best tracks we’ve heard this year. An album well worth the wait for all of those who are imperfect and a little bit weird!