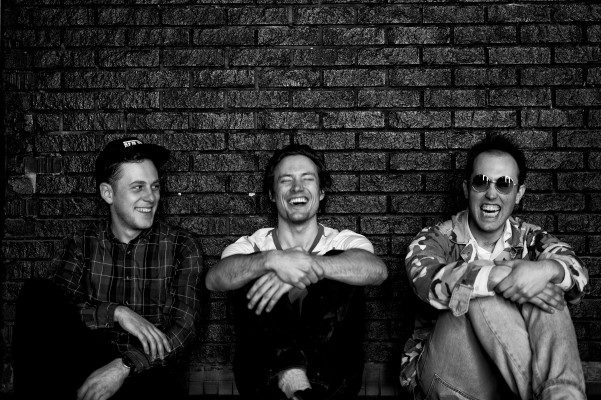 We caught up with Juno-award winning The Dirty Nil‘s Kyle Fisher before their performance at Festival d’été de Québec this week. We chat about international tours, opening for The Who, and what’s next for the band. Check out what he has to say and make sure you catch them July 13 in Québec City!

You recently finished a tour across Europe, the United States, and Canada and will be appearing at Festival d’été de Québec in July. Fans have come to expect high-energy shows from The Dirty Nil. How do you keep that energy up at every show on a lengthy tour?

Usually we just try to get a good night’s sleep and just drink a lot of water. Sometimes though we harvest the souls of the innocent with the forces of rock and roll to maintain our good looks and unstoppable power on stage.

Do you have any touring survival tricks?

Sleep when you can and drink a lot of water. Its also important to remember that everyday is a new day under the Lord’s watchful eye so just go with your destined path under the guise of free will.

What can fans expect from your upcoming set at Festival d’été de Québec? Anything special in store for the festival?

We’ve been joking about covering a Who song just to totally fuck it all up and anger our heroes for eternity.  We probably won’t do that….maybe. Either way it’s going to be loud, fun and fast.

What are you most looking forward to about playing at the festival this summer?

The fact that we are opening for the fucking Who, one of the bands that made us want to play music, and then seeing Metallica as well the very next day. What more could you want? Other than maybe a T-shirt gatling gun to pelt the crowd with.

You won Breakthrough Group of the Year at the Juno Awards in April. Congratulations on your win! What was going through your minds when you found out you won?

I think I just blacked out for a minute. It was a really intense moment. They announced our award was next, then played what felt like an hour long FACTOR commercial, during which my heart was beating through my chest so hard I thought I was going to have a goddamn heart attack. Then I was on the podium and then I remember talking to Rick Campanelli. It was such a blur. The kicker was when we came back to the table to finish my dinner and they had taken it away. WHY!?!

What do you think the next big milestone will be for the band?

We all really want to go to Japan. That’s a number one destination for sure and it would be huge. We are working hard on the next record right now though. That’s our major milestone to cover right now outside of the festivals we have this summer and a long North American tour with Against Me! and Bleached this fall.

Your latest release Minimum R&B spans different eras of the band and features a number of songs recorded between 2010-2016 that have already appeared in previous releases. What were the reasons behind re-releasing these songs in this way?

Once we branched out into new countries and territories touring Higher Powerwe noticed that a lot of newer fans didn’t know the older songs as well. It was a strange feeling for us at the time. We decided it was a good way for new fans to get to know the band from the start.

How did you decide on the final flow of the album from song to song?

That was pretty easy. It is mostly in chronological order. It made the most sense to us that way. A trip through history or something.

The Dirty Nil is known for a gritty, DIY rock n’ roll sound. How do you maintain that authenticity as you grow as artists?

We don’t really think about it too much. We just get in the jam space and make music that we like, the way we want to make it. Other people seem to like it so I guess we doing something right.