Home / Festivals & Events / Inside The Music with Jenny Thibault from FME

Inside The Music with Jenny Thibault from FME 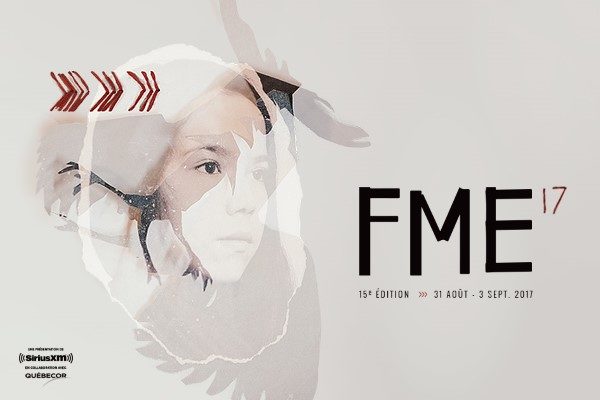 Festival de musique émergente en Abitibi-Témiscamingue (FME) is celebrating their 15th birthday from August 31-September 3, so of course we wanted to help them celebrate We chatted with cofounder and vice-president, Jenny Thibault for a segment of Inside The Music.

On top of this, today the festival announced the rest of their lineup, and boy is it jam packed with talent. August 31 features La Mverte, Thus Owls, King Abid, Slosh, and Duchess Says.

Finally, September 3 may be the final day but there is no shortage of talent, Le Couleur, Mat Vezio, Klô Pelgag, Matt Holubowski, ANEMONE, Jean-Michel Blais and HOAN. Metal fans will be happy to learn that the famous Swedish band Marduk are headlining Metal Night, following sets by Incantation and Abysmal Dawn.

All of these announcements come after the fifteen artists announced in June, see more about that HERE! For more information on the schedule, check out their website.

My name is Jenny Thibault and I’m the cofounder and vice-president of the FME. I’m also a member of the programming team of this festival that takes place in my hometown.

What was your first experience in the music industry?

I organized my first concert at 18 years old when I was in College. It was a fund-raising event with 5 bands playing. My boyfriend at that time was a musician, so for me it was natural, it was a way to help and support him. After that, I started to organize an annual series of Abitibian reunions in Montréal showcasing bands from the region. This is how my collaboration with Sandy Boutin (FME co-founder) started. He was doing the opposite, producing MTL artist concerts in Abitibi, so we decided to put our expertise together.

It’s the 15th birthday of Festival de musique émergente en Abitibi-Témiscamingue, do you have anything special planned for this year?

The idea behind our festival is to foster dissemination of original music and discovery of emerging artists. For this anniversary, we’re creating a program aligned with FME traditions, but with a couple of surprises thrown into the mix! The festival opening will set the tone with a performance by A Tribe Called Red. We will have a special event organized by the Pikogan Pow Wow team on Friday, September 1st. The FME did some installations at their event earlier in the year and we invited them to do the same at our event. It’s a new collaboration and will feature aboriginal performers of traditional dance and music held on the banks of the Osisko Lake. It’s going to be really inspiring. And for the closing event we will present a concert tribute to Richard Desjardins, who headlined the first edition in 2003.

What are some of your responsibilities as festival organizer?

It’s a lot of work. We are involved in everything: the funding, the programming, hiring the staff, negotiation with partners, etc. But in a sense, it’s been a real school of life. We learned and have experienced almost everything with this project.

How did you go about choosing the lineup for the festival?

We are the same programming team since the beginning. Sandy Boutin, the co-founder of the festival and the guy behind the label Simone Records, Pierre Thibault from C4 Productions and me. It’s the combination of the 3 of us who provide the tone and personality of the festival, year after year. Each of us have our own expertise and specialties that compliment each other’s. We also have a fabulous Artistic Director, Karine Berthiaume, who’s in charge of the brand and all of the street art decorations.

With over 70 artists to perform, is there a certain act that you’re most looking forward to checking out?

So many to mention! I’m really excited about seeing Andy Shauf playing in the town’s beautiful old church. And this year there will be shows on a stage on the lake for the closing event. We last did this for the 10th anniversary. See a picture here.

What have been the biggest challenges that have come up when planning the festival?

At the beginning, we were very young and I don’t think people took us too seriously. It has been difficult to create a national event in such an isolated place like Rouyn-Noranda. Therefore, we put all our energy in the festival itself and the welcoming. We didn’t invest a lot in publicity for instance. We invited key people right at the beginning and then word of mouth did the rest.

The FME has finally become a fixture on the music scene, both nationally and internationally. It’s the only Quebec event to have received 4 Félix awards for “Event of the Year” (in 2009, 2010, 2015, and 2016), and is indisputably a favourite among music lovers.

The festival possesses many unique qualities, and all participants—artists, audiences, industry professionals, and journalists—leave Rouyn-Noranda feeling that they have experienced something memorable and wonderful. FME welcomes people into a musical and performance environment in which nothing is left to chance. The site and venue decor, the audacious musical programming, the secret shows in unusual places—the FME team makes every effort to make a grand impression and continues, year after year, to surprise and delight all festivalgoers. The festival’s biggest asset is the local community’s involvement. It has joyfully adopted the festival and actively contributes to its success.

FME is an event that brings together thousands of music lovers in a secluded region, resplendent with spruce trees and lakes, every Labour Day weekend. Its distance from large population centres may seem at first glance to be a big drawback, but in fact that is what makes it so special:  It creates intimacy, facilitating magical shared moments for people who love music.

What piece of advice would you give to someone looking to start up a festival in their area?

You need to be passionate and to have another side line. Don’t leave your job! Instead of being paid, we decided to reinvest all the money in the programming. And this is why we’ve enjoyed such exponential growth.  Be ready to work hard and over the weekend.  And the key is also to be surrounded with passionate people who share a common vision of the event. We have more than 300 volunteers at the FME, who truly are the spirit of the festival.