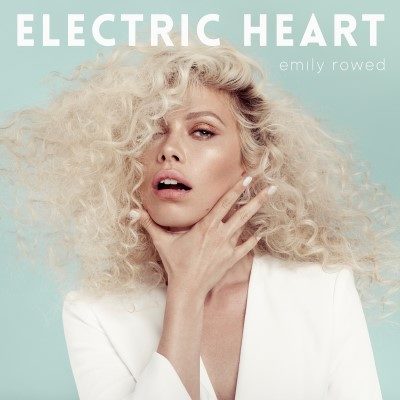 Breezy, toe-tapping, anthem-worthy—Emily Rowed’s debut album, Electric Heart, checks all the summertime-hit boxes. Vancouver-based, Rowed flits between the city of glass and the musically-renown Los Angeles, and has collaborated with mega-hit Tiesto on his track “Say Something”. Drawing from that experience, Electric Heart has been infused with cinematic synths and a passion to create a collection of tracks that fit any and every mood.

“Arrows”—the lead single of the album, which was released earlier this month—kicks off the track list with a melancholic, Jess Glyne-esque crooner. With a focus on vocal aptness and rainy day lyrics, Rowed nails the wistful atmosphere she was aiming for, delivering a song that is both radio-worthy in terms of catchiness and genuine enough lyric-wise to appeal to both casual and longtime fans.

Taking on a more downbeat-heavy, post-breakup vibe, “Swords” retains Rowed’s elegiac tone while adding a layer of synth. The result? A track that is simultaneously slow in tempo and yet wouldn’t be out of place in any nightclub, following the formula of popular radio mixes while hitting home with the sincerity that bleeds from her songwriting.

Captivating and frank, Rowed’s Electric Heart blends synthscape with hard-hitting lyricism, and the result is a debut album that’s not to be missed.