Day four at Dauphin’s Countryfest is always a bittersweet one. Everyone is tired from late nights and celebrating but still pumped for what the final day has to hold. The weather was still at its best behaviour and that alone would make everything perfect, but what made it even better for me was that it was an all-Canadian artists day.

The first show I caught on the main stage was the dynamic and very charming Hunter Brothers, five brothers plus one from Saskatchewan. They grabbed the attention from the rather large crowd from the moment they walked on stage. There was a lot of good-natured teasing between the brothers and that made the crowd laugh quite a number of times. They played many of their own tunes, including a new single that will be released next month, “Born and Raised,” their two parodies about getting stuck in the field and a tribute to the 1970s era that had them doing all sorts of dance moves and singing a great choice of tunes including “September,” “I Want You Back” and “Staying Alive.” Ty dressed in costume for these ones, much to the delight of the audience. Their harmonies were pitch perfect and for they did for their fans, they received two standing ovations. 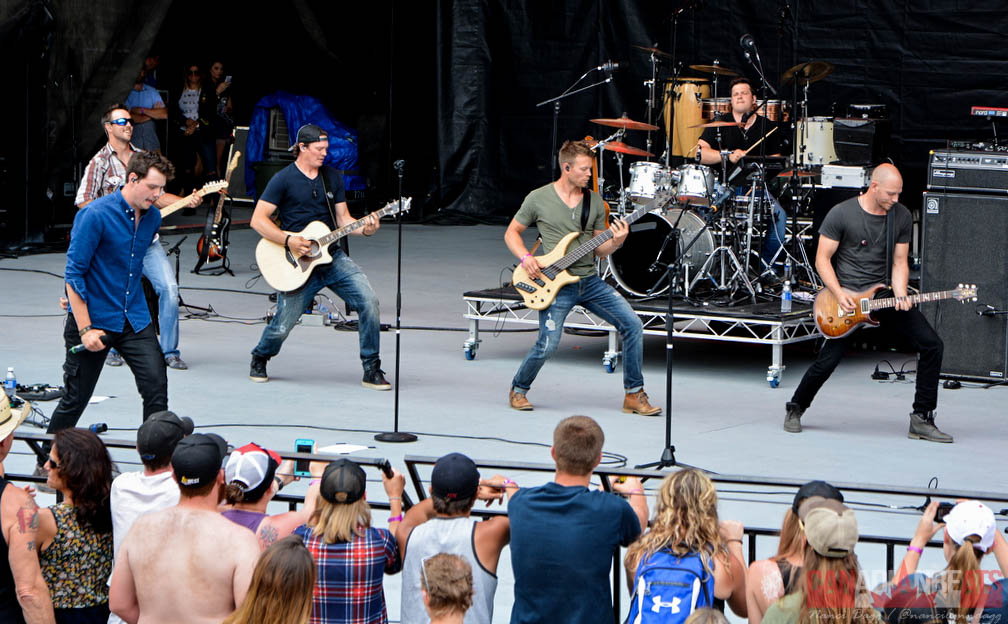 I bolted up to the hilltop for the next show. Manitoba’s own (and one of my favourite artists) Quinton Blair was performing at the Bell MTS stage. Blair has a natural knack for storytelling so he connects with people of all ages. He was performing to a two-stepping crowd as well. They were all having a blast. From “Blues Man” to “300,000 Kilometres” to his upcoming single, “After They’re Gone,” this honky tonk, old school country singer/songwriter captivated the whole crowd.

The first evening act was the very talented (and CCMA 2015 Rising Star) Madeline Merlo, hailing from Maple Ridge, BC. She started her set with her current single, “Motel Flamingo,” the perfect song for summer and Countryfest. Her powerful vocals were truly showcased in “Welcome to the Jungle.” The audience loved that she performed her first song released to radio, the one that changed her life, ”Simple like a Stone.” Merlo was amazing to watch on stage. She ended her set with the very profound song “War Paint.” She captured the love of everyone there when when stated, “we need to love each other, be kind to each,” just prior to starting this hit song from 2016.

Jess Moskaluke took to the stage at 7:30 p.m. She is Canada’s reigning CCMA Female Artist of the Year (three years running) and the girl from small-town Saskatchewan with the most-powerful female voice of the weekend. She started her high-energy show with “Drive Me Away.” Moskaluke chatted with the jam-packed amphitheatre, giving a shout-out to her brother (who came out to see her) and telling a story about how she entered and lost a talent competition at Countryfest seven years ago. (Moskaluke is now gaining superstar status and this says everything on how hard she has worked to achieve her dream.) Part way through her show, she dedicated a piece of it to other peoples’ songs. Moskaluke can sing a male artist’s song like no other female and proved it when she performed Chris Stapleton’s “Parachute.” Her powerhouse vocals are truly something else and that was very evident as she performed her final song, “Cheap Wine and Cigarettes” to a full house.

Johnny Reid, the headliner for the final night is truly a Canadian superstar and he captured the hearts of old and new fans a like. He burst on to the stage through a Canadian flag as he performed “When the Sun Goes Down.” How apropos. The stage was full. There were a lot of musicians on stage, a wonderful group of musicians and backing singers, and you could see the love and respect Reid has for each and every one of them. Along with many of his hits, Reid performed his upcoming single, “Shoulders,” a very powerful and emotional song. He sang another new song, a beautiful ballad that he wrote about himself and his wife, called “Whiskey Kisses.” Reid had more energy than any other artist during the whole weekend. He didn’t stop dancing and moving about the stage. Each song was like an individual production, so much more than just a song being sung. His connection with the audience was phenomenal as well. Reid went well over his allotted time on stage, too. Near the end, because he was asked to, and with just the piano playing along, he sang “Thank You.” It wasn’t on his set list but he wanted to show his gratitude to Dauphin’s Countryfest. And true to Johnny Reid/Countryfest tradition, at the end of his last song, “Mustang Sally,” Reid took off his white dinner jacket and shiny black shoes and jumped into the hot tub placed beside the stage just for him. What a way to cap off Countryfest 2017. 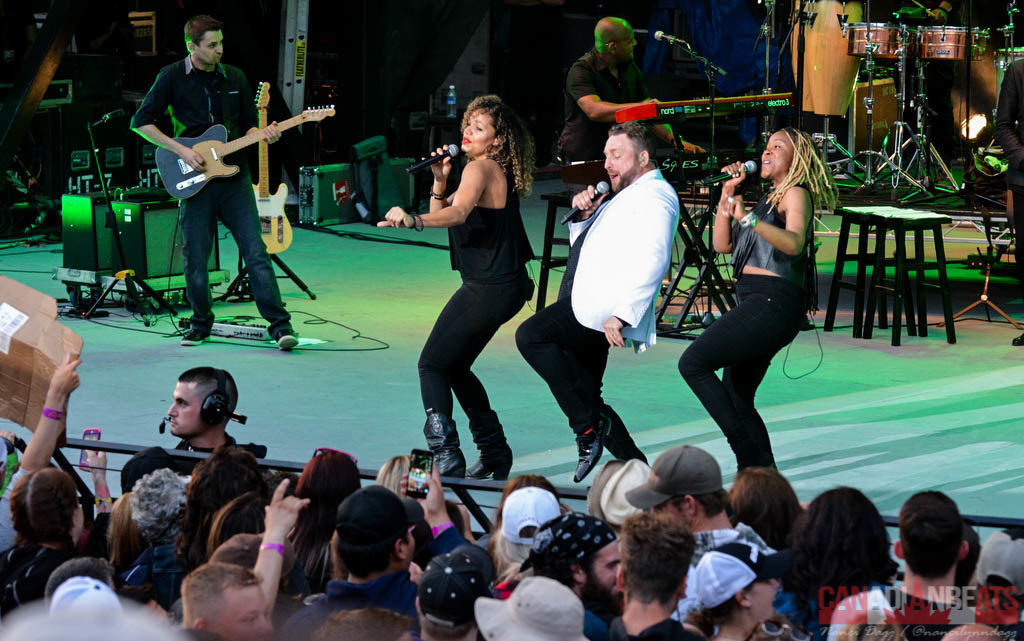