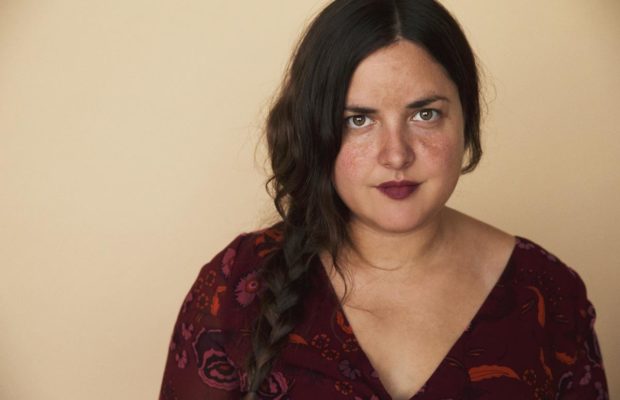 This August long weekend (August 4-6),  Gravenhurst, ON is the place to be., as the inaugural Sawdust City Music Festival will be taking place. In an effort to showcase some of the great talent taking part in the festival, we are doing a series of interviews throughout the next few months. So far, we have chatted with The Julian Taylor Band, Bet Smith & The Currie Brothers, Jessica Mitchell and Tim Moxam. For our next installment of The Road To Sawdust City Music Festival, we’re happy to speak to Abigail Lapell.

My name is Abigail Lapell. I’m a singer-songwriter from Toronto and I play guitar, harmonica, and sometimes keys and/or percussion. I released my sophomore album, Hide Nor Hair, earlier this year.

Super exciting! The lineup is amazing and I feel like it’s going to be a pretty magical weekend. I’ve spent a bit of time in Gravenhurst (I worked nearby for several summers) and it’s such a lovely place — so I’m excited to see the town sort of come alive in a new way.

Definitely hoping to check out as many bands as possible. I’ve been listening to Bet Smith and the Currie Brothers and excited to finally see them on their home turf. Liz Stringer from Australia is amazing. I’ll be running around a lot, for sure.

I’m playing at the Big Feastival Canada near Barrie, ON (also in its inaugural year) and have lots of other shows coming up across Ontario and Quebec. I’m just on the road right now finishing up a four-week tour out west — Tiny Lights Festival in Ymir, BC was a real highlight so far.

Two of my faves are Richard Laviolette and Oh Susanna and they both have great new albums out that I’m excited about.

This fall I’m on tour in Germany and the Netherlands with the lovely and talented Shawn William Clarke. And then I’ll be heading back into the studio later this year. More immediate plans include getting home and getting some sleep.